The details of a heartbreaking letter written by the son of a murdered 29-year-old woman has been revealed – saying that he knows she is now an angel watching over him.

Reece Dunne, who is now nine-years-old, wrote the letter for his mother Allia Arathoon the discovery of her body last October.

The 29-year-old’s killer, Craig Procter, was sentenced to life behind bars at Liverpool Crown Court earlier this week.

The court also heard how Reece had asked those who were in attendance to ‘throw tomatoes at the person responsible’.

In his letter, which was left with flowers near the place where her body was found on the M53 in Ellesmere Port, Reece wrote: ‘To mummy, I love you a million times around the world.

‘I wish you didn’t die. I remember playing with you and that made me happy. I know you are an angel now and you can see me all the time.

‘I feel sad but I’m going to be brave, love Reece.’

Reece’s father John said that Ms Arathoon, from Ellesmere Port, was ‘one of a kind’.

Elaina Hampson, Ms Arathoon’s mother, said her daughter ‘worshipped and adored Reece, nothing was too much trouble and she would spoil him rotten and she really was an amazing mother’.

She said her daughter could ‘light up the room with her smile’, adding: ‘She loved to spend her time with him and was so creative in the things they did together.’

Ms Arathoon was killed when she was hit over the head by Procter, 40. He shoved her body in a suitcase before burning it in woods and moving it to a more secluded area.

He tried to blame his lodger, claiming she was attacked by a man with tattoos, but CCTV footage shows Procter hauling her body through the woods.

Procter initially tried to deny his crimes and refused to appear in court, although was talked into attending. 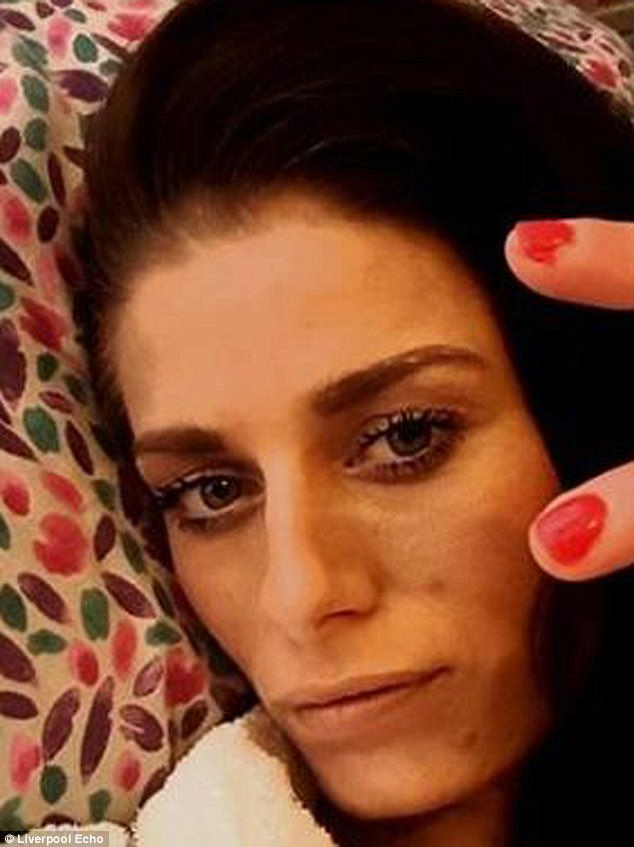 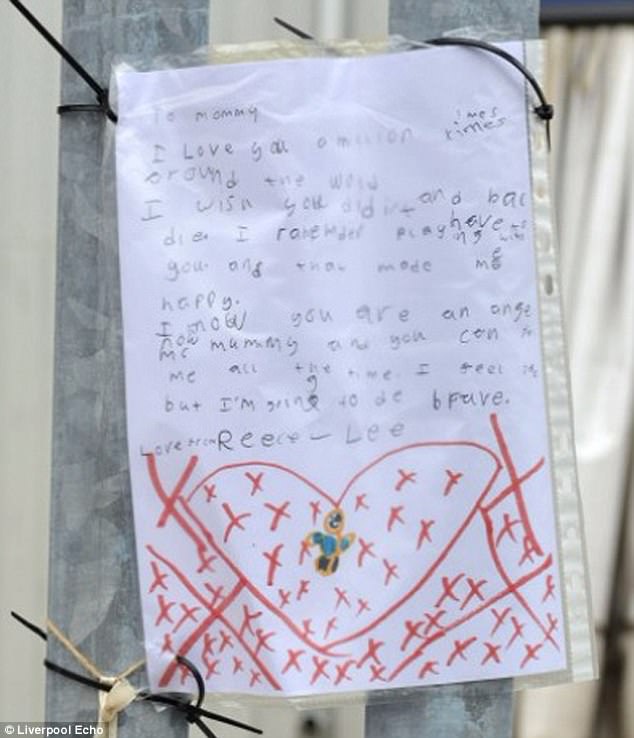 In the heartfelt, handwritten letter to his mother, Reece wrote that I know you are an angel now mummy and you can see me all the time’

He finally admitted his sickening crimes on the day the trial was due to start.

During sentencing, the judge described Procter as a ‘highly dangerous and manipulative man’.

Ms Arathoon said that her grandson had been left scarred by his mother’s death.

Her victim impact statement added: ‘He has taken a mother away from a nine year old child who will never see her again. Her son will always wonder why and how.

‘He wants to come to court so he can throw tomatoes at the person responsible.

‘He wants to know what the defendant looks like. He wants to see him.

‘He’s also asked if we can take him to the house where his mummy died. No child should have to ask those questions.

‘The defendant has scarred that child in a way he could never ever understand.’