Their boozy luncheon spilled into accidental violence when the former Bardot singer, 38, accidentally slapped Matty across the face during a staged fight.

A series of light-hearted videos posted to Sophie’s Instagram Story showed how a role play between the reality TV stars ended badly.

In the video, Sophie confronts Matty by saying: ‘I think I was a better Bachelorette than you.’

The marketing manager responds, outraged: ‘How dare you?’

The Bachelor 2017 star then threw a fake slap across Sophie’s face, avoiding her by several centimetres. 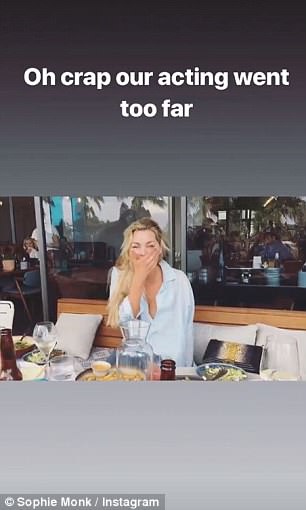 ‘I was a better Bachelorette than you!’Sophie Monk accidentally slaps Matty J across the face during a wine-filled luncheon in a hysterical acting skit, before dramatically smashing a glass of wine

In the next clip, Sophie attempts to return the favour with a pretend slap to Matty’s face.

But she accidentally connects, clocking her friend on the cheek, before knocking a glass of wine to the floor.

As the glass smashes on the floor, Sophie is seen looking mortified by her gaffe. 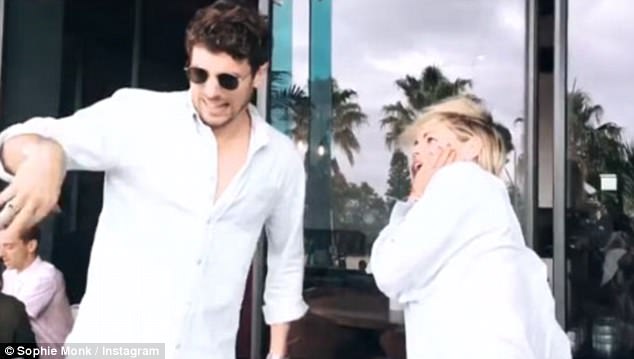 ‘Monk vs Matty J’: In turn, Matty responded in a hyperbolic manner, saying: ‘How dare you?’

Following the calamity, Matty J swiftly returns to the table, holds up his glass of wine and says: ‘Cheers’.

It comes as Sophie prepares to host the first season of Love Island Australia on 9Go! 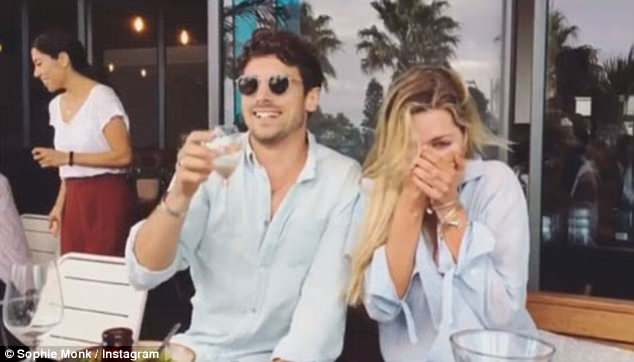 Cheers! Following the calamity, Matty J swiftly returned to the table, holding up his glass of wine, saying ‘cheers’