A crew member has died following an accident during stunt rehearsal for the DC Universe series ‘Titans’ in Toronto on Thursday.

Warren Appleby, a stunt coordinator working at an offsite special effects facility in preparation for an upcoming shoot, was hit by a piece of equipment that unexpectedly came loose and died.

The stunt involved a car flipping on its side, but a piece of metal flew off and struck Appleby – who was standing nearby – in the head, TMZ reported.

Emergency crews responded to the area of North Queen Street and Shorncliffe Road in Etobicoke at around 11:30 a.m. after reports of a piece of metal striking a worker, CTV News reported.

Warren Appleby, a stunt coordinator for the DC Universe series ‘Titans’ (pictured) has died during a stunt rehearsal for the show 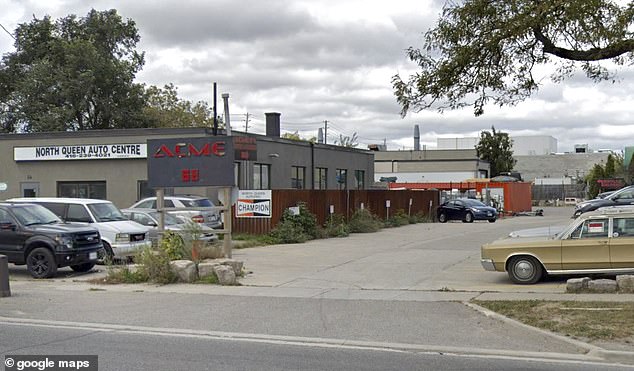 Appleby reportedly died on the way to hospital.

Production on the series has been shut down for two days.

‘We are heartbroken and devastated by the passing of our treasured colleague,’ the show’s executive producers, DC Universe and Warner Bros. Television Group said in a joint statement.

‘Warren is beloved by all who worked with him during an impressive 25-year career in television and motion pictures.

‘The executive producers, along with everyone in the TITANS family, Warner Bros. Television Group and DC UNIVERSE, wish to express our deepest condolences, and heartfelt love and support, to Warren’s family and friends at this most difficult time,’ the statement continued.

In his decades-long career, Appleby worked on a slew of high-profile films, including coordinated special effects for Guillermo del Toro’s 2018 Best Picture Oscar winner ‘The Shape of Water,’ the horror movie ‘It’ and the upcoming ‘It: Chapter,’ Deadline reported.

Appleby was nominated for an outstanding visual effects award in 2016 for his work on the FX series ‘The Strain’.

‘I knew Warren as a top-notch FX man but I admired him as a father and family man, and a colleague, too,’ del Toro told Deadline.

‘He always gave you his 100 percent. He was very near and very dear and an integral part of our core team. He will be always be beloved and admired.’

Titans is in production on its second season.

The live-action drama series, which is produced by Warner Bros. Television, launched on the DC Universe streaming service last October.

It is based on DC Comics’ long-running ‘Teen Titans’.

The Ministry of Labor is investigating the accident.