This is the moment a speeding car lost control and smashed through the walls of a grandmother’s house.

The crash was caught on camera in South Lake Road, Perth, and shows the red Honda Commodore sedan careering off the road.

The car knocked down an external garden wall and ploughed straight into the side of a nearby house, reportedly narrowly missing a grandmother inside.

Western Australia Police have confirmed that the owner of the house – a woman in her 60s – was sitting in her front room when the car came crashing through the wall.

The driver of the car was a 55-year old man from Anketell.

The damage to the house appears severe with bricks, rubble and belongings scattered everywhere, and huge chunks of the roof caved in. 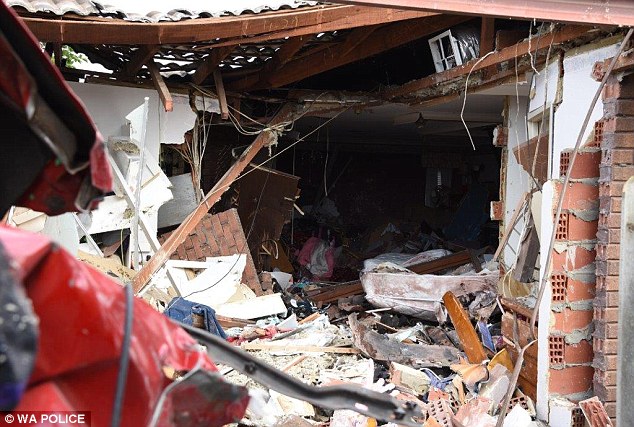 The car has also been heavily damaged with the bonnet totally buckled in from the force of the hit.

Both the driver and the homeowner were taken to Royal Perth Hospital as a precaution.

A police spokeswoman told Daily Mail Australia that the car driver will be doing a blood test to determine whether he was under the influence. 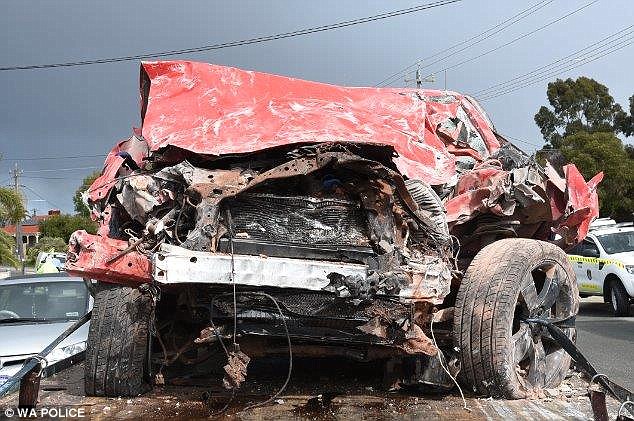 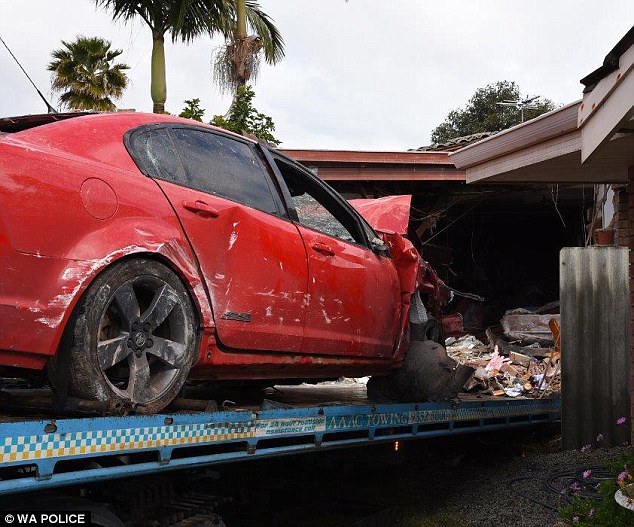