The galaxy has lost a true talent.

Star Wars costume designer John Mollo has died at the age of 86, according to The Time Of London.

The British-born wardrobe genius made some of the best costumes in the galaxy including looks for Princess Leia, Darth Vader and Han Solo.

The force is with him: Star Wars costume designer John Mollo has died at the age of 86, according to The Time Of London. Seen with Mark Hamill and C-3PO in 1978 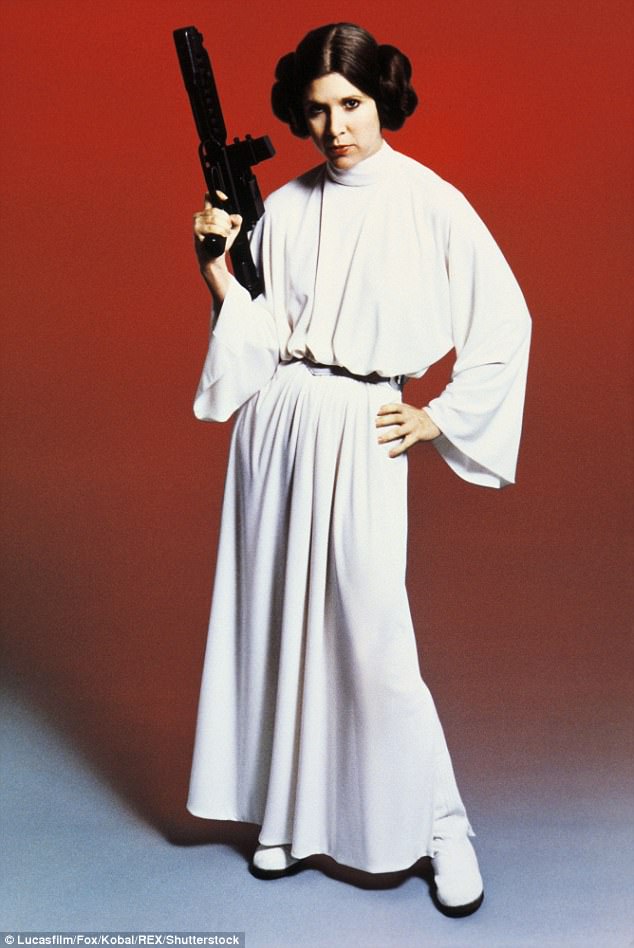 Getting it white: He made this dress for Princess Leia; it has since become a favorite Halloween costume

He said when George Lucas asked him to work on the first Star Wars movie, which came out in 1977, he had never really seen a science fiction movie before.

‘Since I had just finished the work for Kubrick I thought I’d investigate and met George Lucas at Elstree Studios in Borehamwood,’ he said.

‘We discussed a few concepts when I joined the team, and George had a clear vision of what he was looking for. 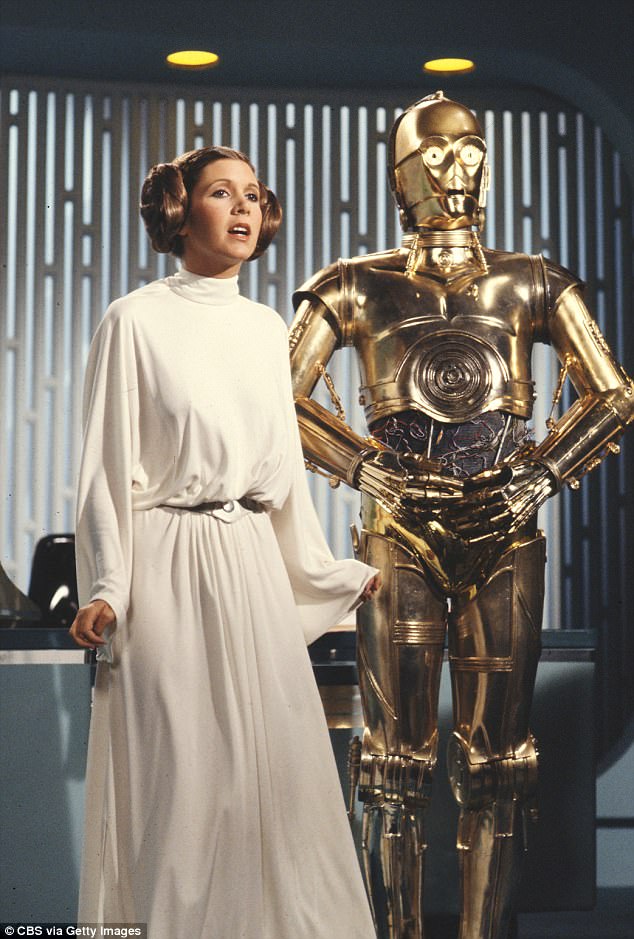 The look was out of this world: Carrie looked regal in her white gown 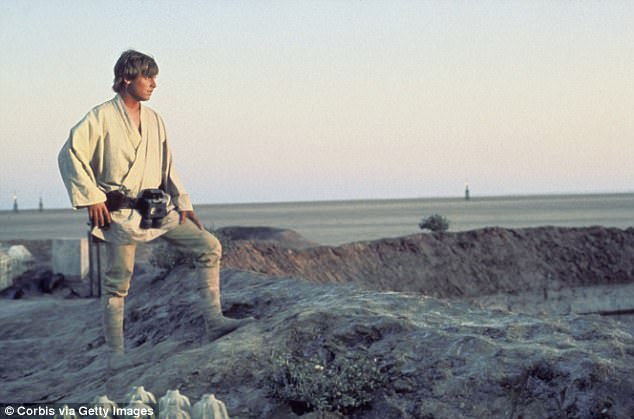 So thoughtful: Mark Hamill as Luke in his desert togs that made him look like a Jedi monk 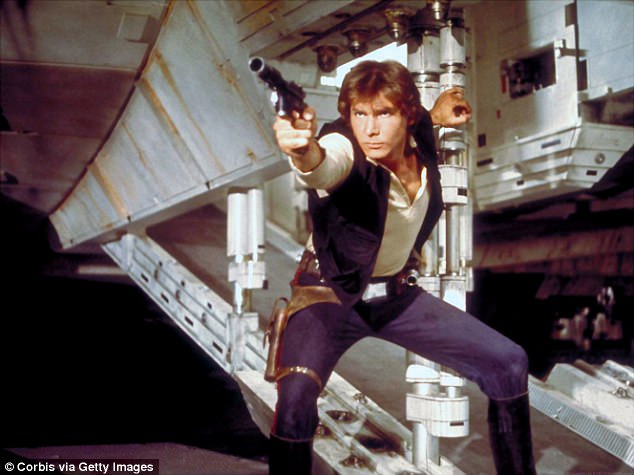 Shoo-out: ‘He liked the idea of the baddies having a fascist look about them, with the heroes reflecting the look of heroes of the American Wild West,’ he told www.starwarshelmets.com

‘He liked the idea of the baddies having a fascist look about them, with the heroes reflecting the look of heroes of the American Wild West,’ he told www.starwarshelmets.com.

Mollo was a military buff and had already worked as an adviser on several films.

So he drew on his background. 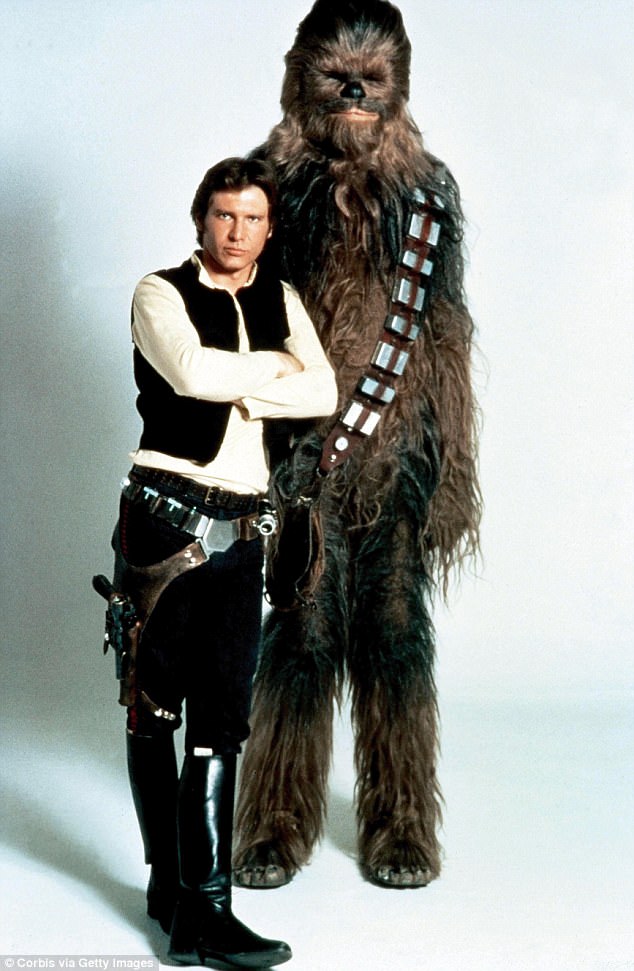 His pal: Here Solo, played by Harrison Ford, is seen with Chewbacca

Darth Vader’s helmet was inspired by the helmets worn by Nazi soldiers during WWII.

Several looks for the Empire also have a military feel. Han Solo, played by Harrison Ford, looked like a cowboy.

Leia was the virginal angel with her white frock.

Both Luke Skywalker and Obi Wan Kenobi wore outfits that made them look like monks. 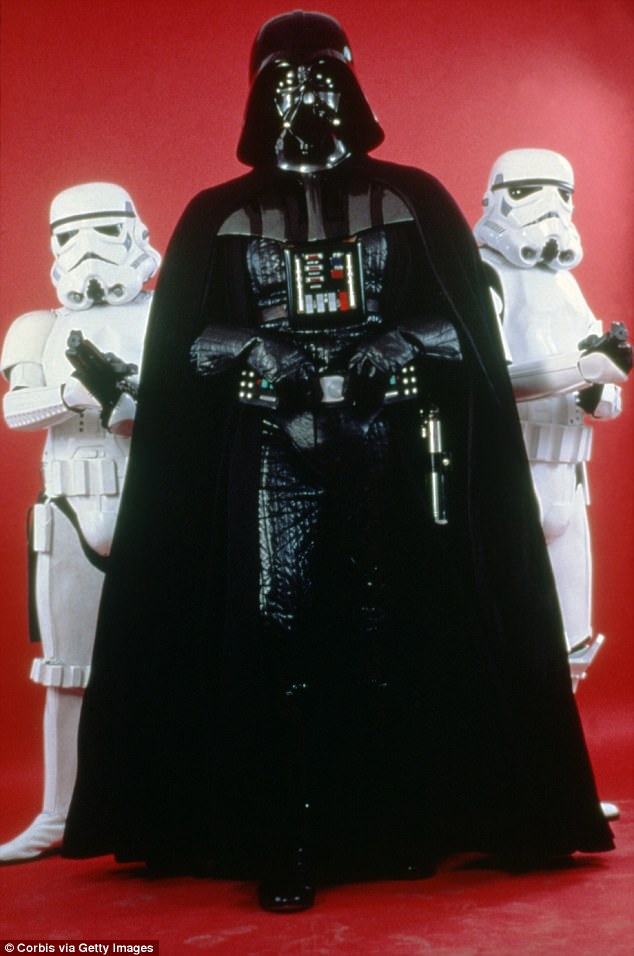 So Third Reich: Darth Vader’s helmet was inspired by the helmets worn by Nazi soldiers during WWII

That was Mollo’s design for the Stormtrooper’s white suit, which has been used in every Star Wars movie, including 2015’s The Force Awakens.

The next Star Wars movie is The Last Jedi, which comes out December 15.

When Mollo won his Academy Award for his clothes in Star Wars, he said on stage: ‘As you see, the costumes from Star Wars are really not so much costumes as a bit of plumbing and general automobile engineering.’ 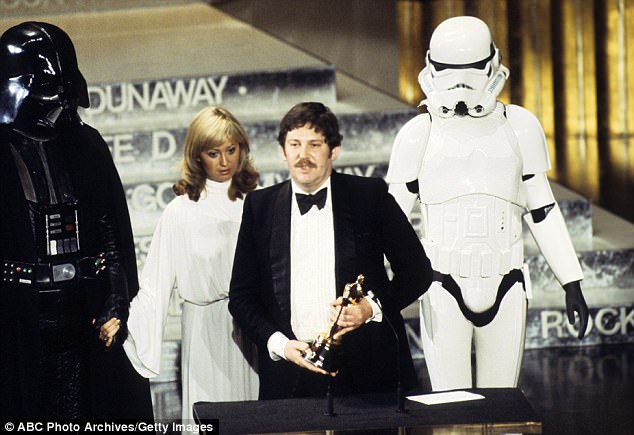 He got the gold: With Darth Vader, a woman dressed as Leia and a Stormtrooper

He was joined by Darth Vader, Princess Leia and Stormtroopers.

The creative genius won an Oscar for his costumes for Richard Attenborough’s 1982 drama Gandhi.

He got his start on the 1966 film Charge Of The Light Brigade.

Other films he contributed to were Zulu Dawn, Barry Lyndon and Nicholas and Alexandra.

But he was back to sci-fi with The Empire Strikes Back in 1980. 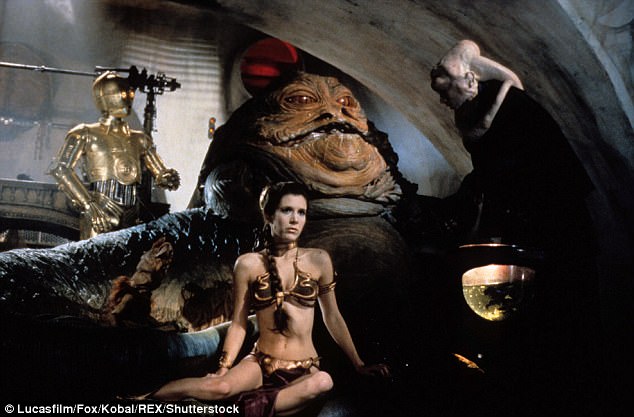 Not his: The designer worked on only two Star Wars films and did not get to create this metal bikini for The Last Jedi