A force to be reckoned with: Star Wars fan reveals just how large the movie’s spaceships would be in real life – and the Death Star is the same size as Wales

Just how big was the Death Star from Star Wars? One fan has made a video to show how truly gargantuan some of the blockbuster franchise’s starships are.

‘When I first saw Star Wars as a kid I was blown away by the size of the Death Star,’ says YouTuber Wren Weichman, 30. ‘I mean, it was an entire man-made moon!’

Using VFX software, Weichman’s video contrasts images of the planet-annihilating space station and other ships and vehicles from the film series with maps of countries and well-known places and objects.

The Death Star from the Star Wars film series placed on a map of the British Isles, showing the scale of its 75-mile diameter 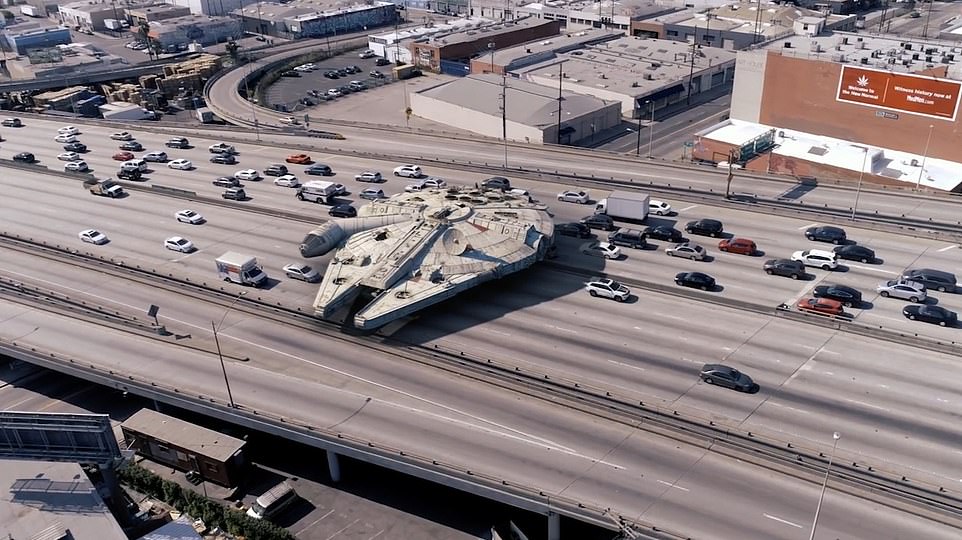 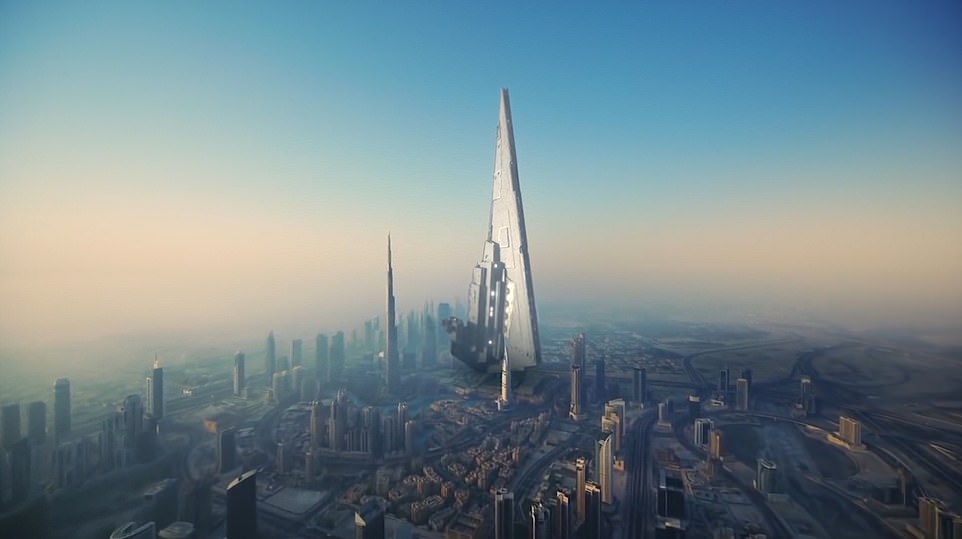 An Imperial Star Destroyer would dwarf even the world’s tallest building, the Burj Khalifa in Dubai

‘We never get to see Star Wars spaceships in a physical context because they’re always in outer space or next to arbitrary Sci-Fi cities,’ Weichman says in his video.

‘That got me wondering what they would look like if I put them in places you’re familiar with.’

At 75 miles across, the first Death Star from ‘Star Wars’ would be wider than Wales, measured from east to west.

The second Death Star from ‘Return of the Jedi’ would be even bigger, at 100 miles in diameter. But Weichman is less than impressed with those figures on paper.

‘The Death Star is pretty huge, but it’s nothing in comparison to an actual planet,’ The YouTube star says. 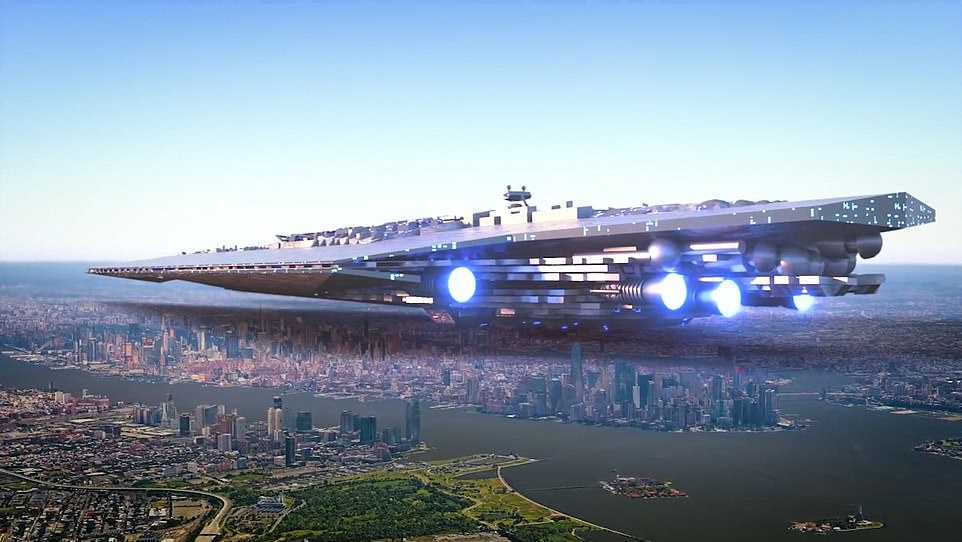 Darth Vader’s imposing flagship the Executor would be almost as long as Manhattan Island in New York, Weichman’s images show 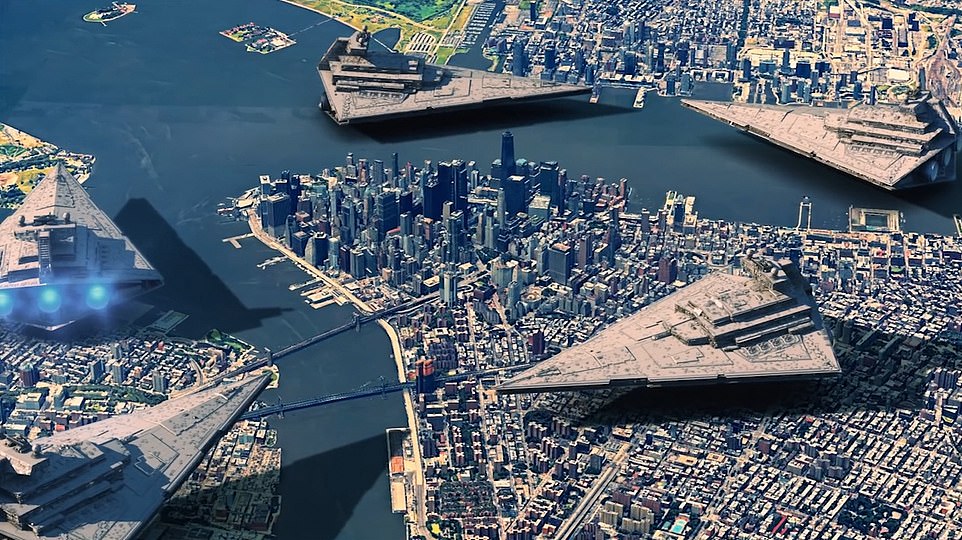 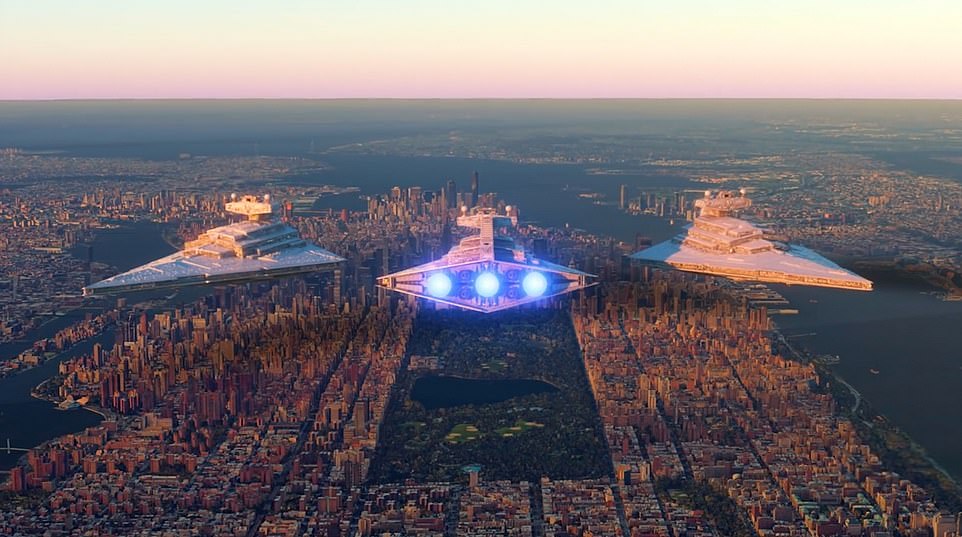 Pictures of three Imperial Star Destroyers were posed up over Central Park in Manhattan, New York, to illustrate their massive scale 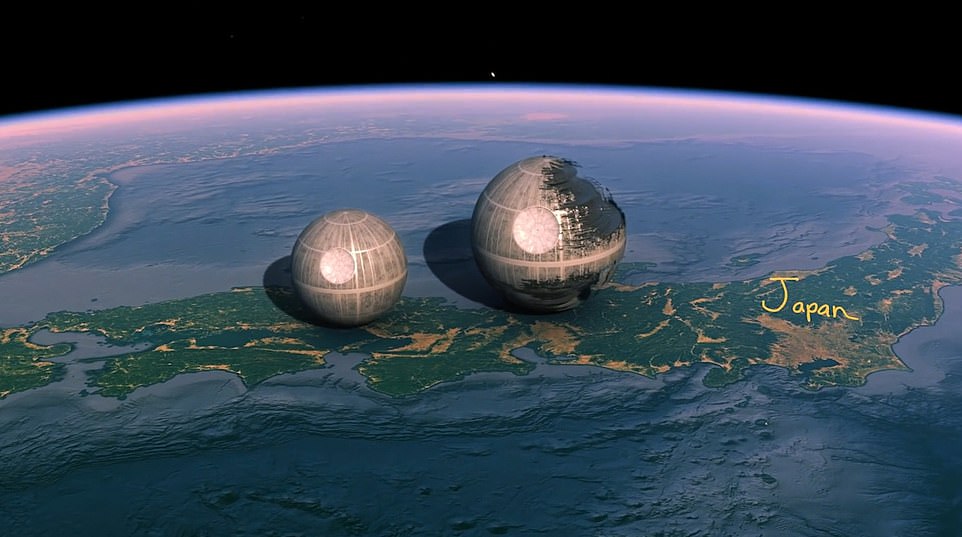 ‘What I found surprising from making this video was that … the massive ships in Star Wars actually seem kind of quaint.’

Hero Han Solo’s smuggling ship the Millennium Falcon would be 35 metres long in real life, according to Weichman, the same length as a Boeing 737 airliner. The iconic ship would easily stretch across a six-lane UK motorway.

But its foe, the Imperial Star Destroyer is far bigger, dwarfing any building on earth including the Burj Khalifa in Dubai, the world’s tallest.

Other images show squadrons of Star Destroyers hovering over New York to illustrate their massive scale.