Stockport LGBT activist radio DJ, 26, tried to meet a 15-year-old boy but was met by blackmailer

LGBT activist DJ Christopher Oatway, 26 from Stockport (pictured), tried to meet a 15-year-old boy at a Tesco store in Manchester

An LGBT activist and radio DJ arranged to meet a 15-year-old boy through Grindr for a ‘cuddle and a peck’ – only to be confronted by an adult who demanded cash to keep his secret.

Christopher Oatway, 26 from Stockport, arrived at a Tesco store in Chorlton, Manchester expecting to meet a 15-year-boy.

However, he was instead confronted by an adult who threatened to expose Oatway to police if he wasn’t paid.

Oatway handed him £50 – only for his secret to be revealed a year later when he arranged to meet another 15-year-old boy who was actually a member of a paedophile hunter group.

Oatway was a former presenter on Wythenshawe FM in Manchester and was a prominent LGBT activist in the area, organising events in Stockport, Trafford and Rochdale.

Manchester Crown Court heard that he had been talking to a boy he believed to be named Cody, on Grindr.

However, after agreeing to meet in Manchester city centre, he was instead confronted by a man who was a paedophile hunter.

This meeting led to police arresting Oatway and seizing his mobile phone along with various items from his home.

His Grindr conversations were analysed and the police uncovered details of his meet-up with his blackmailer at the Tesco in Chorlton a year before.

It was for this case that Oatway appeared at court, with no evidence being offered for the second meeting.

Oatway, who has no previous convictions, was sentenced to a two-year community order in court. 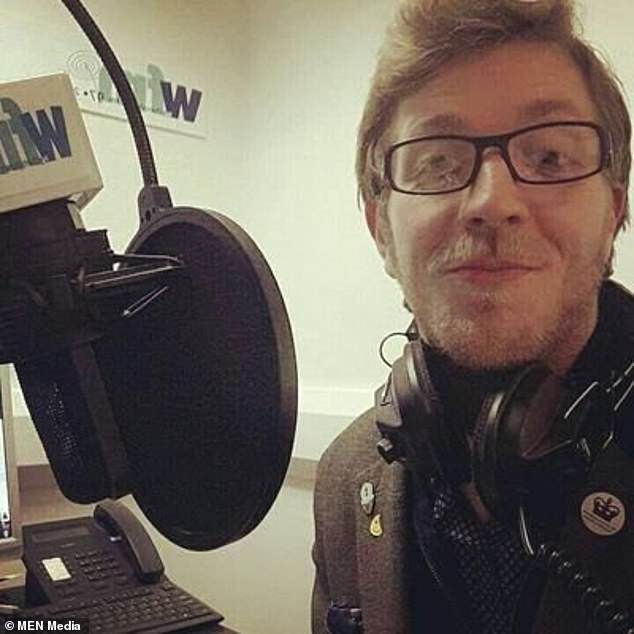 Oatway was instead confronted by an adult who threatened to expose him to the police if he wasn’t paid. Oatway was a former presenter on Wythenshawe FM in Manchester (pictured)

This included joining a sex offender treatment program, after he admitted attempting to engage in sexual communication with a child.

It was ruled that Oatway must also sign the sex offender’s register for five years.

Brendan O’Leary, defending, said that Oatway accepted what he did was wrong and that the messages exchanged on Grindr showed that the DJ did not seek to engage in sexual activity with a child.

References submitted to court of Oatway were glowing and spoke highly of his charity work, fundraising and activity in the LGBT community. 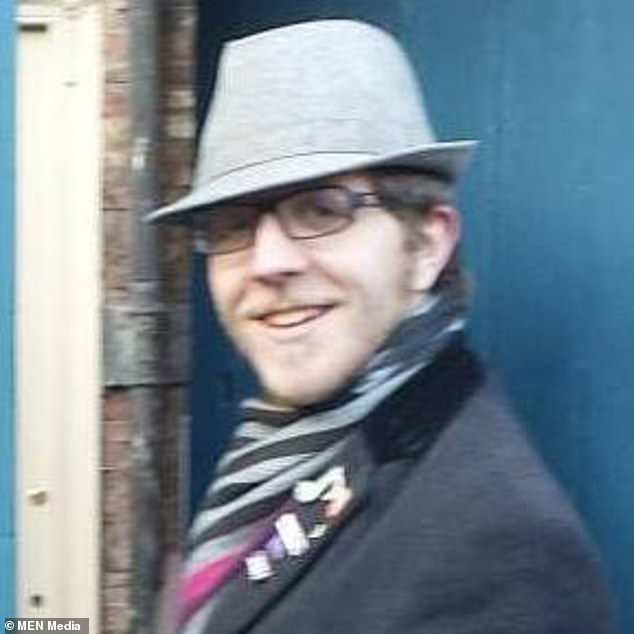 Mr O’Leary told the Manchester Evening News: ‘In all other aspects of his life, he is a positive member of society.’

The judge said in a pre-sentence report that Oatway was in denial’ about having a sexual attraction to children.

Judge Mansell added: ‘You have demonstrated you were attracted by the thought of meeting a 15-year-old.’