Former Republic of Ireland striker Kevin Doyle has retired at the age of 34 after repeated incidents of concussion.

Doyle, who won 64 caps for the Republic and played for the likes of Reading and Wolves, has latterly been in the MLS with the Colorado Rapids.

Doyle says heading the ball has become ‘problematic’ and that two concussions this season alone have forced him to take medical advice.

In a statement on his Twitter account, Doyle, who scored 14 international goals, said: ‘This year been clear to me that heading the ball was becoming problematic and causing me to have repeated headaches.

‘Two concussions this season and numerous others over the years have made this more concerning. After consulting with experts in this field, it has been decided that to avoid the possibility of these symptoms becoming more serious and permanent, I will be hanging up my boots for good.’

Earlier this year the Professional Footballers’ Association and the Football Association announced they were inviting applications for independent research into the of brain injuries caused by football. 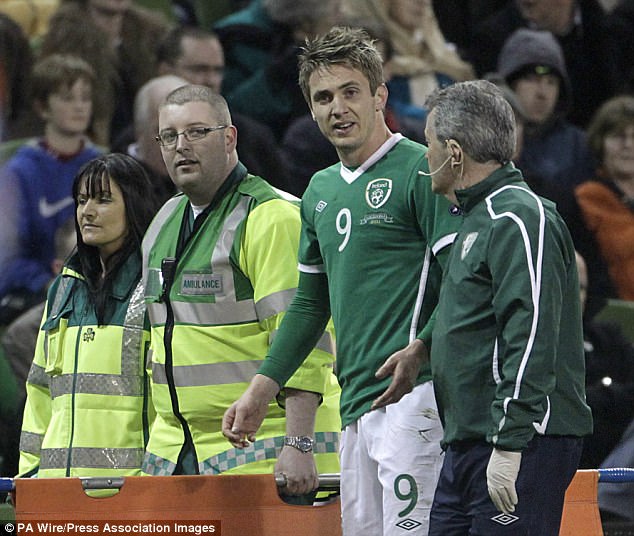