Freshers dressed up as playboy bunnies as they joined more seasoned students for the first Otley Run of the university year – traipsing almost three miles along the 16-stop pub crawl through the Leeds.

Starting from 3pm yesterday hundreds of University of Leeds students and locals took to the streets to take part in the longest pub crawl in the West Yorkshire city.

The Otley Run weaves its way from Woodies Craft Ale House in Headingley on the outskirts of Leeds along Headingley Lane, past the University of Leeds, and finishes at The Dry Dock Leeds in the city centre.

Those taking part are expected to have a drink in each bar and pub they go too – spending an average of half an hour in each place – with a variety of sports bars and clubs along in the route.

Students were seen pushing each other in a shopping trolley, carrying friends when it all became too much and leaning on a University of Leeds sign to take a quick break in between venues.

Groups were dressed in a variety of amusing costumes including nuns’ habits, jockeys, Alice in Wonderland, Ronald MacDonald and even a traffic cone. 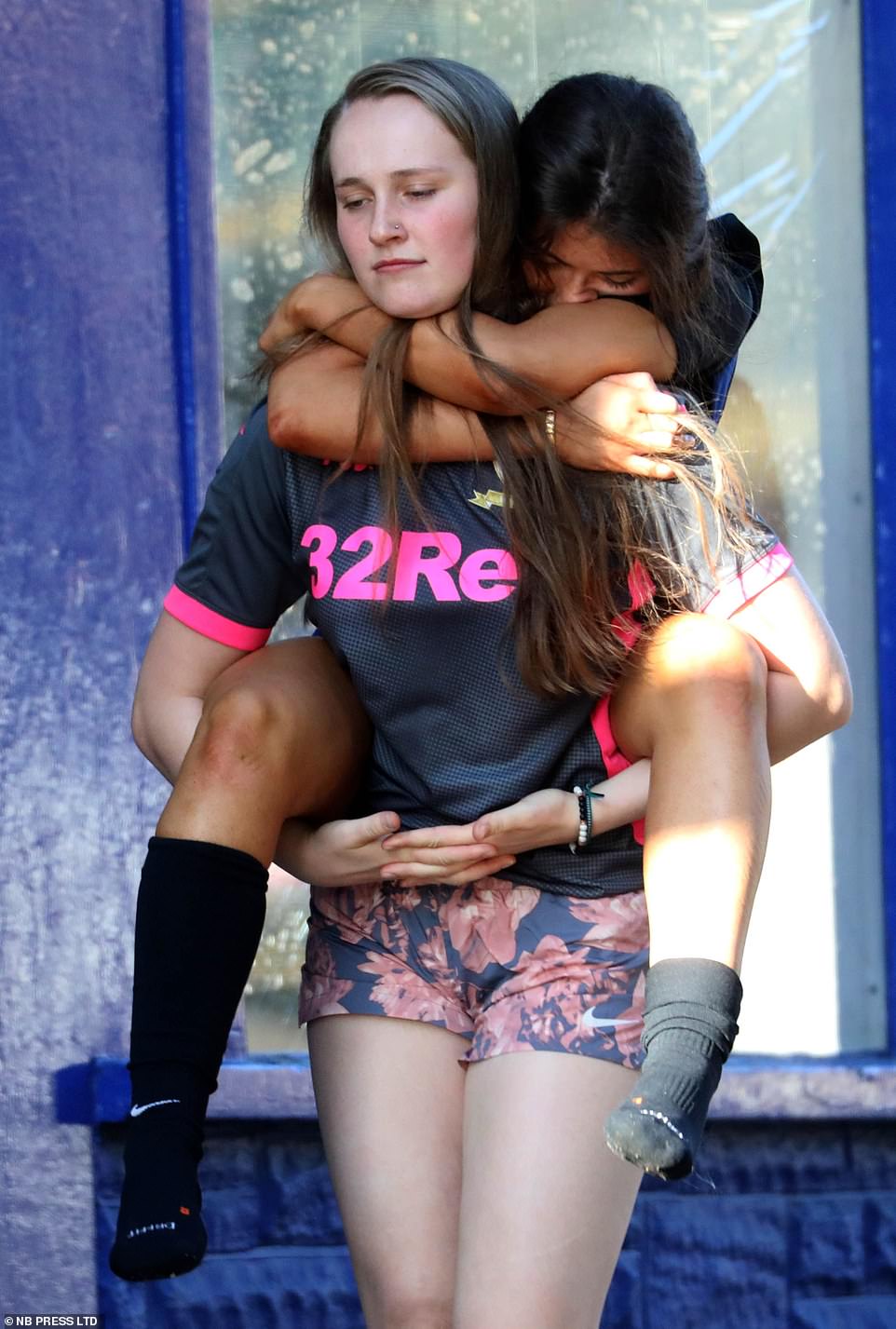 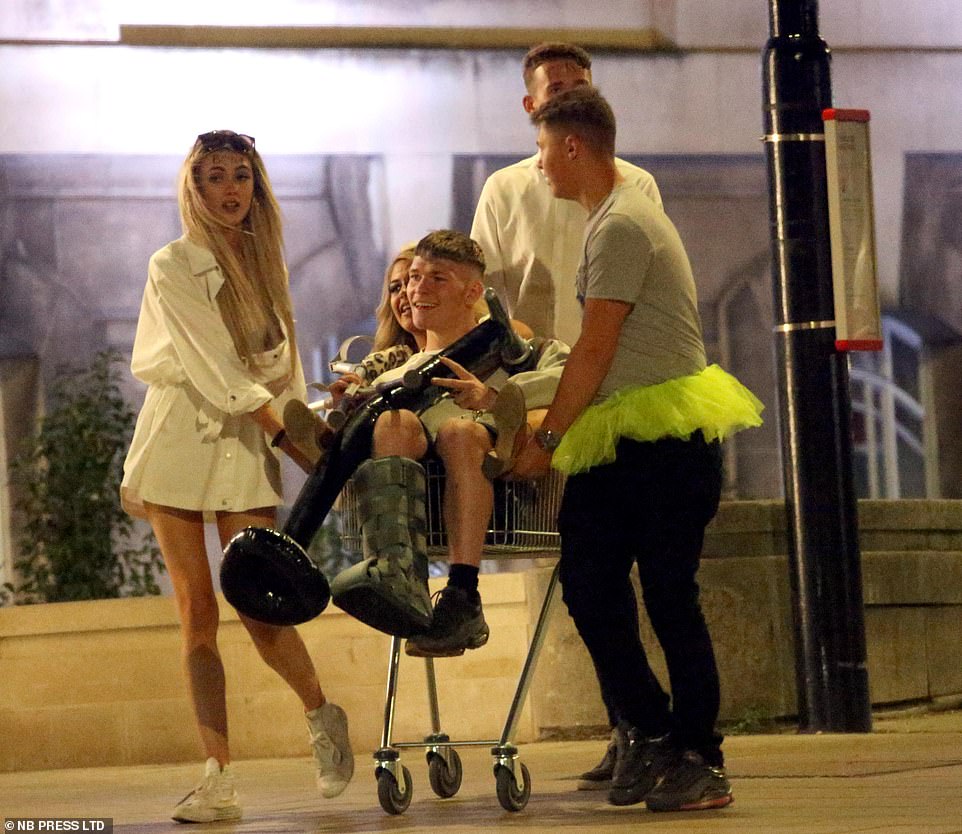 A boy in a leg brace is pushed along the route alongside another woman in a shopping trolley. Their three friends look around them as the pair in the trolley laugh 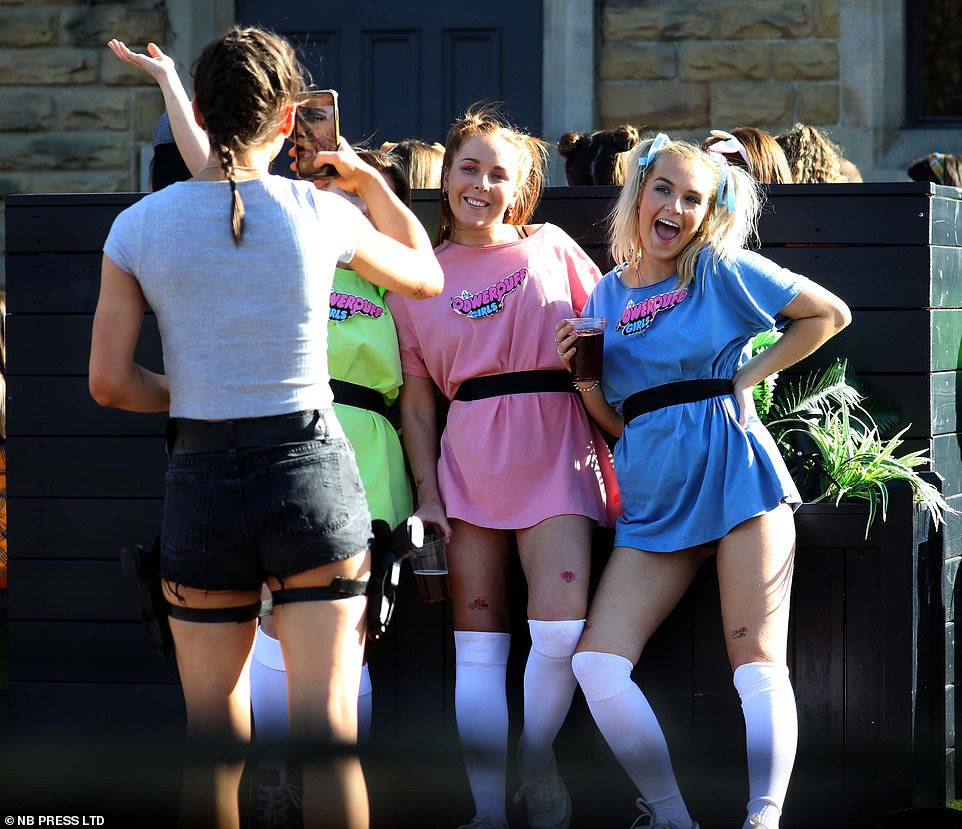 Three girls dressed in blue, green and pink are wearing home made Powerpuff Girls as they pose for a photo along the route 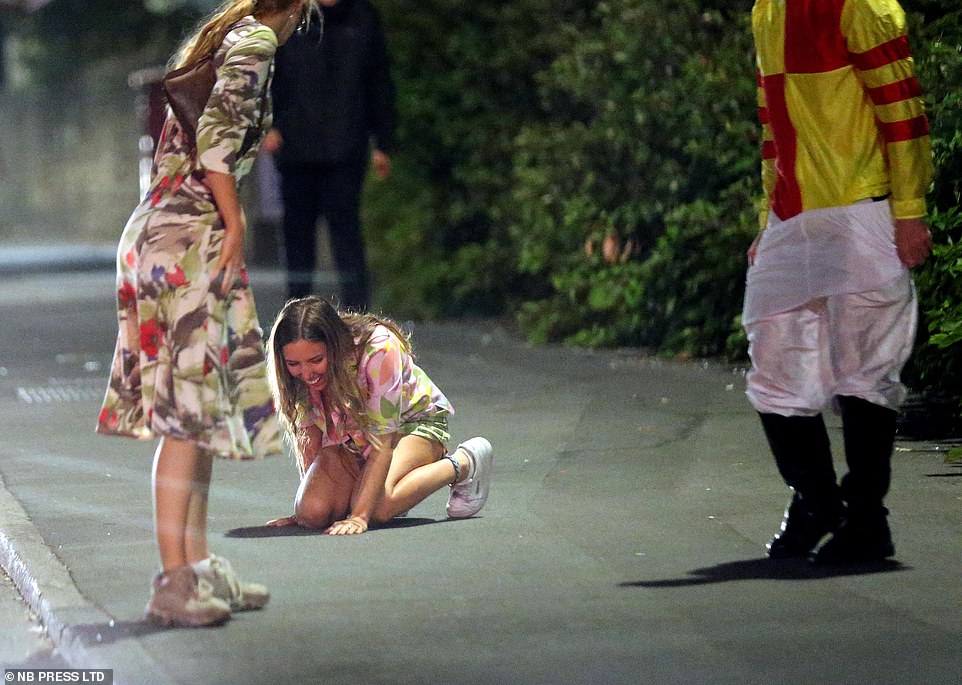 A girl has fallen to the ground in a fit of giggles while her two friends, one dressed as a horse jockey, look on