Supermodel Suki Waterhouse was all smiles as she filmed scenes on the beach for the TV mini series Daisy Jones & the Six.

The actress, 29, looked stunning in a tiny 70s inspired cut away swimsuit that showcased her toned abs, teamed with a pair of denim hotpants.

With her blonde shoulder length hair blowing in the breeze, the look was finished with an oversized jacket and a pair black cowboy boots.

On set: Supermodel Suki Waterhouse was all smiles as she filmed scenes on the beach for her latest film Dailsy Jones and the Six.

The star was on location in Malibu filming a few scenes for her latest movie  alongside her co-star Will Harrison.

She was joined on set by shirtless co-star, who kept warm in between takes in an oversized dry robe.

The new Amazon Prime mini series is inspired by a book of the same name written by Taylor Jenkins Reid.

The story follows ‘a rock band in the 1970s from their rise in the LA music scene to becoming one of the most legendary bands in the world. 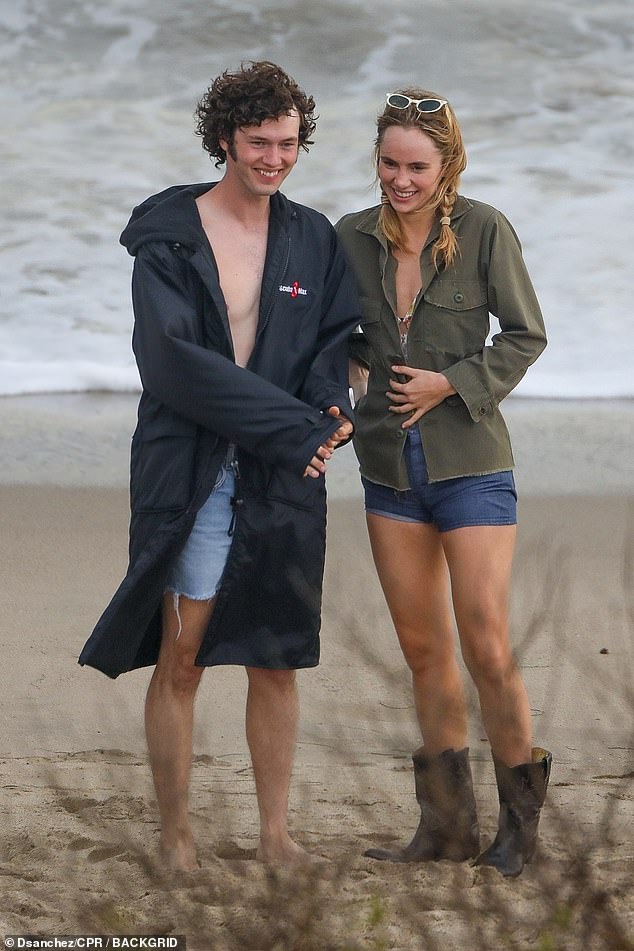 On location: She was joined on set by shirtless co-star Will Harrison who kept warm in between takes in an oversized coat.

The series explores the reason behind their split at the height of their success.

Suki took to Instagram last week to share a picture of herself on the set of the show in which she plays Karen Sirko.

The model hit the headlines recently when she slammed  the Gossip Girl revival for making a joke about her and actor boyfriend Robert Pattinson. 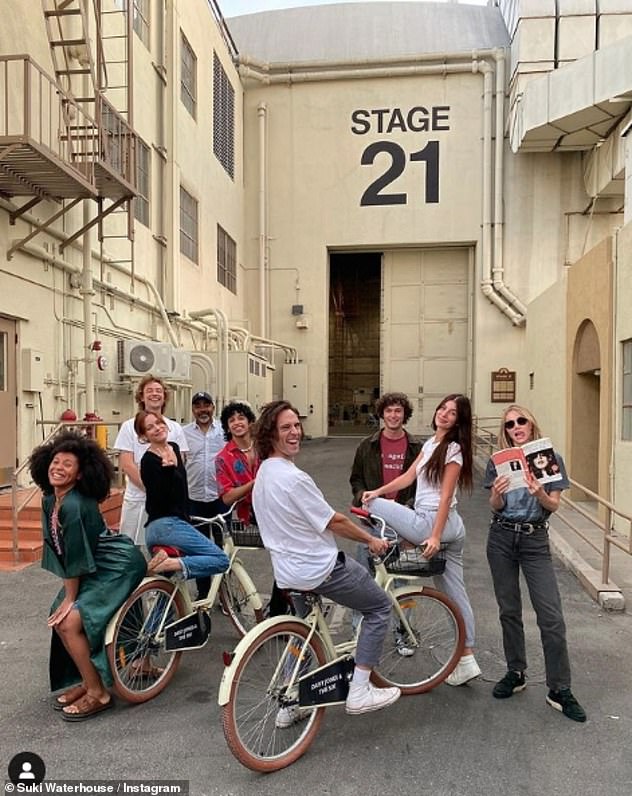 Back on set: The model shared this delight snap of the cast on the set of the eagerly anticipated mini series

The model and actress was offended after one of the show’s characters dismissively referred to her as a ‘nobody’ in an off-hand joke.

In the fourth episode of the new show’s first season, Luna (played by Zion Moreno) mentions Waterhouse while giving her friend Zoya (Whitney Peak) tips on how to increase her social media presence to help her get closer to Obie (Eli Brown).

‘When are you going to get it? As far as the press is concerned, he’s R-Patz and you’re Suki Nobody,’ she says. 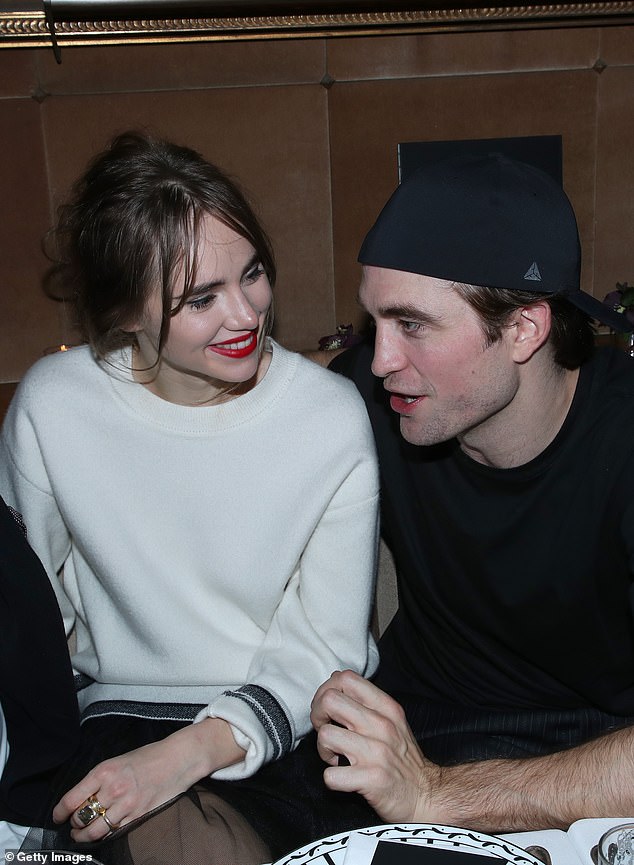 Slammed: The model slammed a remark about her relationship with Batman star Robert Pattinson

In since-deleted tweets, Suki made it clear that she didn’t appreciate being the overlooked half of a celebrity couple.

‘Another day to be reminded that women can also be the patriarchy,’ she wrote, according to Glamour.

They were first linked in July 2018 when they were spotted kissing in London, and a source told Us Weekly in August of that year that they had been dating for months. 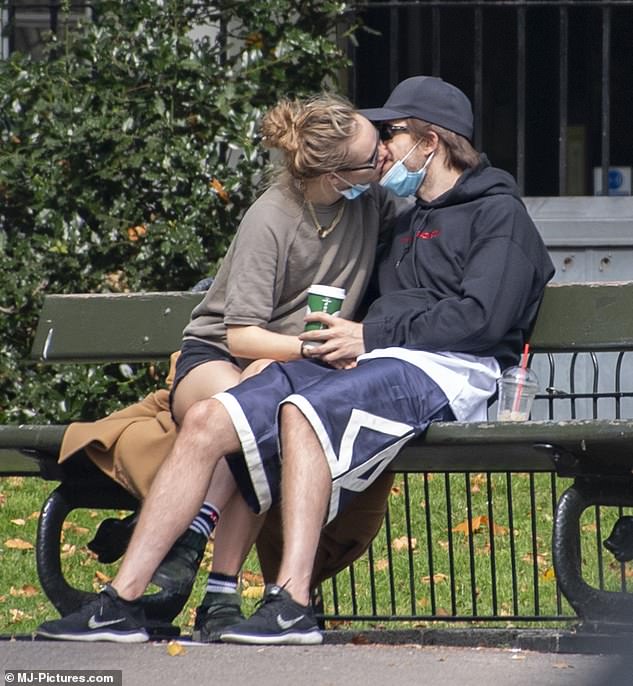 Loved up: The couple have been spotted getting amorous out about in London