SUSANNA REID: How my fake tan disaster nearly ruined my night at the Oscars

Last Friday morning, my three teenage boys, all film buffs, sat around talking over Weetabix and toast about who they thought would win at the Oscars.

We don’t often get the chance to sit and enjoy films together anymore — like most parents, I have lost them to their friends and phones — but we had watched Joker the night before. My eldest tipped Parasite to win. Good call, as it turned out.

They were all feeling jealous because I was off to Los Angeles to present a live show as the stars walked the red carpet. Spruced up to the eyeballs in a sequined gown and borrowed diamonds from Martin Katz worth £300,000, it was a world away from our daily domestic life in London.

That’s not to say it’s all glamour. In fact, what with microphones not working, Dame Joan Collins leaving early because she was tired, Sharon Osbourne swearing live on air, and Rocky actor Dolph Lundgren admitting he rarely watches movies, the Good Morning Britain Oscars Special can only be described as fabulously unpredictable.

And then there’s the fact that we didn’t get close to the ceremony itself. We watched the show on TV, just like everyone at home.

While the lobby of The Beverly Hills Hotel is our glamorous backdrop for the night, the Academy Awards take place down the road at the Dolby Theatre.

The truth is, only a tiny handful of the thousands who flock to Hollywood for this event actually go to the Oscars. It’s the toughest ticket in the world.

There are 3,400 seats and 200 nominees who each get up to four tickets. Then there’s the network, sponsors, producers, presenters and Academy members.

But that doesn’t mean we don’t get to soak up the glamour . . . It all starts two days before, when I’m up at 6.30am for my flight. I couldn’t be less awards-ready. I’ve been up early all week and already feel jetlagged, I’m not packed and have to get the kids to school.

Luckily, my floor-length red dress and gold heels have been whisked to LA by the production team. Piers had flown out a few days earlier and joked on Twitter that, while he was in first class, I was much further down the aircraft. Nonsense, obviously. I’m at the front of the plane, too, although in Virgin Upper Class rather than BA First Class.

Next morning, the beautifying begins with a spray tan in my hotel bathroom. Despite stressing that I want to be golden rather than orange, I emerge a dark shade of mahogany, and I am too embarrassed to leave the room all day.

After a shower in the evening, I’m more recognisable. I go downstairs, but find part of the lobby is cordoned off for a Chanel party. Of course, Piers has an invitation and I don’t. While he sips champagne with Margot Robbie, I’m behind the cordon waiting for my cab. 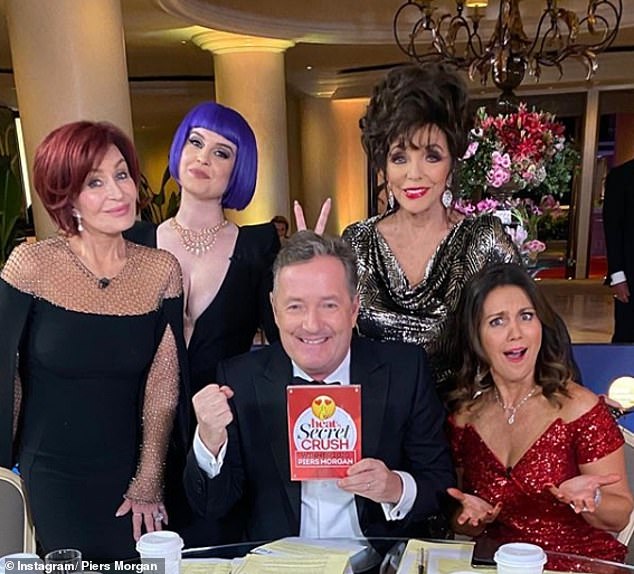 The next morning, we go on air at 10pm (6am UK time), when the stars are spilling out of the ceremony. It feels oddly glamorous to be decked in jewels as people in Britain are waking up.

Our showbiz reporter is outside the Vanity Fair bash as A-listers glide past. I’ve worked that beat three times and it’s a bunfight: dragging stars to the camera before your rivals grab them. The red carpet is ‘locked down’ hours before the celebs arrive, so there’s no chance of going to the loo.

One brain-freeze moment from a few years ago still makes me shudder: my producer tapped me to alert me a star was approaching, it was either Richard Gere or Harrison Ford, but I couldn’t recall the name. Rather than making a fool of myself, I let him pass.

Moments later, the penny dropped: Harrison! But, by then, it was too late.

Back in our pop-up studio, our star-studded panel is assembled: Dame Joan Collins, who has come straight from the party with her husband, Percy; Dolph Lundgren; and Sharon Osbourne and her daughter Kelly wearing a very revealing dress.

My tan is outshone by perma-tanned acting legend George Hamilton, and Dame Joan and I huddle up together against the cool LA draught blowing through the lobby. She’s outspoken as always, but just before the programme ends at 1am, local time, she touches her long black lashes and confesses: ‘I can hardly keep my eyes open.’

We thank her and usher her home. For her age, she is one of the most impressive women I know. 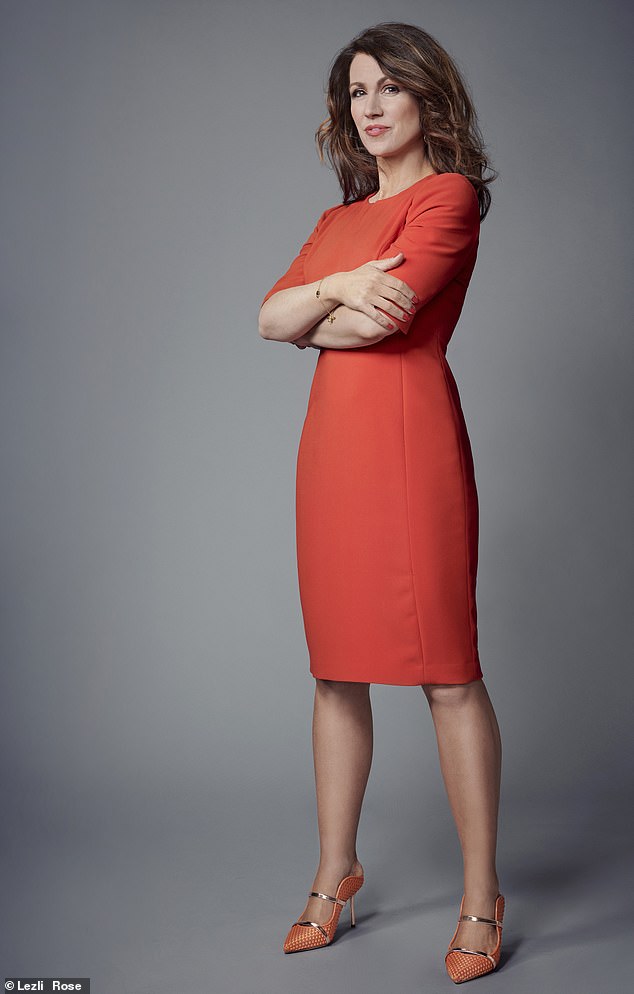 Susanna (pictured) revealed she bumped into actor Craig McGinlay, while making her way back to her room

At the end of the show we hand over to Lorraine back in the UK, and go looking for a drink.

The hotel’s Polo Lounge has been closed off, but Piers and I talk our way in and eat truffle fries with George Hamilton and his girlfriend.

After a small glass of red wine to celebrate, we head to our rooms at 2am and, on the way, I bump into the talented young actor Craig McGinlay, who is just back from Elton John’s bash.

‘Incredible. Elton was thrilled with his award,’ he replies.

And, knowing that is as close to an Oscar as I’m going to get, I make my way upstairs and get into my fluffy dressing gown, without having stepped outside the hotel all evening.

While Rebecca Long Bailey may be struggling in the Labour leadership race, one of her proposals will have many workers cheering.

She wants a legal right NOT to reply to emails outside of work hours. Family time would be protected.

France and Italy have already introduced similar rules, but rather like RLB’s leadership bid, it’s never going to happen in the UK.

Our work addiction would be too hard to break.

Why Bridget Jones is my Gal-entine’s hero this year 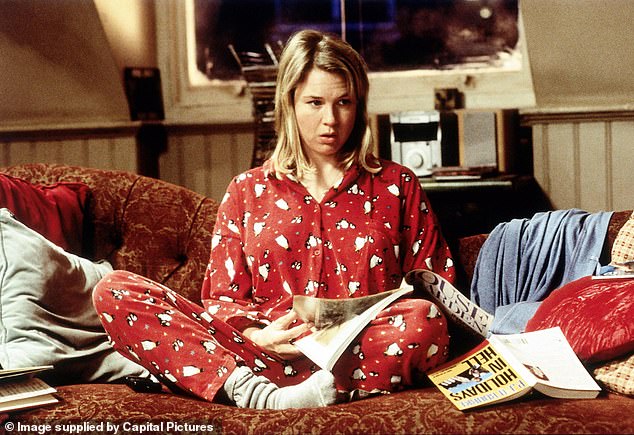 Susanna suggests using Valentine’s Day as a time for women to celebrate each other, she recalls actress Renee Zellweger doing research at GMB for her role in Bridget Jones’s Baby (pictured)

Instead of all the usual fuss over Valentine’s Day, I have a different idea. Let’s make this the day when women celebrate each other.

To start with, here are my girl crushes: singer Adele, who has worked her backside off and looks sensational having lost so much weight; the magnificent Laura Dern, who made me well up at the Oscars when she said she was lucky because her heroes are also her parents; Best Actress Renee Zellweger (pictured, as Bridget Jones), a real star who did research at GMB for her role in Bridget Jones’s Baby; Rio Ferdinand’s wife, Kate Wright, for her honesty describing the challenges of being a stepmum; and Rihanna, who’s spending the day making new music. 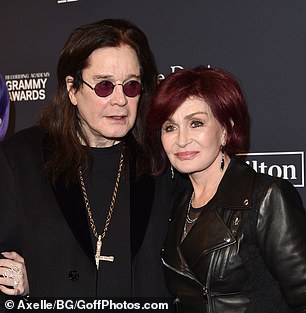 This feels like a wonderful way to make the day special. Sending love on Gal-entine’s Day, ladies!

Things have been tough for Sharon and her husband Ozzy Osbourne since he was diagnosed with Parkinson’s. But it was clear on Oscars night that Sharon has been putting on a brave face. ‘It’s wonderful to be able to do this show,’ she said. ‘It’s a lovely distraction from everything.’

So many celebrities lose their heads in Hollywood, so how does she hold it all together? ‘Family.’