A man has claimed he was left unattended, doubled over and screaming in agony on a hospital floor for three hours.

Tim Hawkins says his wife, Georgia, drove him to Nepean Hospital, in Sydney’s west, on Sunday night after he began to feel excruciating pain throughout his body, which led to him having his appendix removed.

‘Something within my body was telling me I was in trouble and I needed urgent help,’ he told Nine News on Tuesday.

Tim Hawkins (pictured) was left doubled over, screaming in agony on the hospital floor unattended for three hours 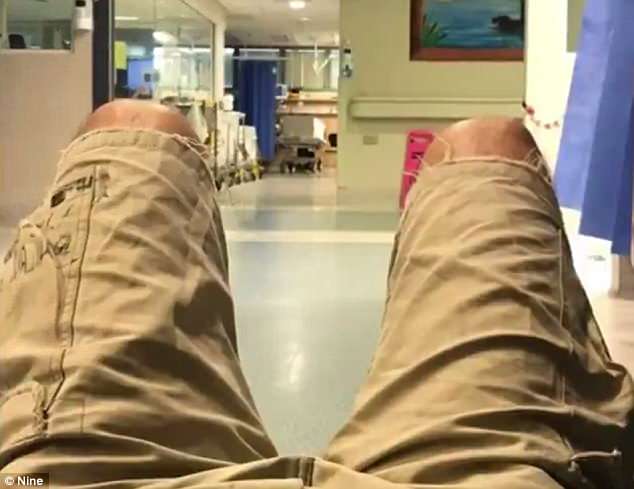 Mr Hawkins (pictured) was left in pain on the hospital floor, and was shocked when the cleaner ignored him and just mopped around him

The couple said they arrived at the hospital at 12.10am and Mr Hawkins was taken into triage to determine the urgency of his illness at 12.20am.

At the time, Mr Hawkins says he was ‘moaning, groaning and crying.’

Despite his symptoms, he said he was told 4.20am he had to continue to wait for a surgeon who would need to take a look at him.

At 6am, Mr Hawkins said he was horrified after losing his triage bed to other patients.

‘I said to the nurse that there’s no way I can sit and that I will have to sit on the floor,’ Mr Hawkins said.

‘She said, “well this is what you’ve got. I can give you a blanket as a pillow”.’

Mr Hawkins says he was left to lay in pain on the hospital floor and was shocked when the cleaner ignored him and mopped around him.

At 9am a surgeon found Mr Hawkins and he was eventually taken into surgery at 4pm to have his appendix removed. 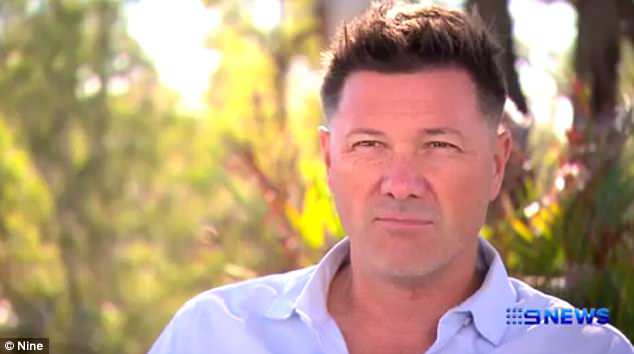 Nepean Hospital Director of Emergency, Dr Claire Helm, apologised to Mr Hawkins saying it was a bad night for the hospital 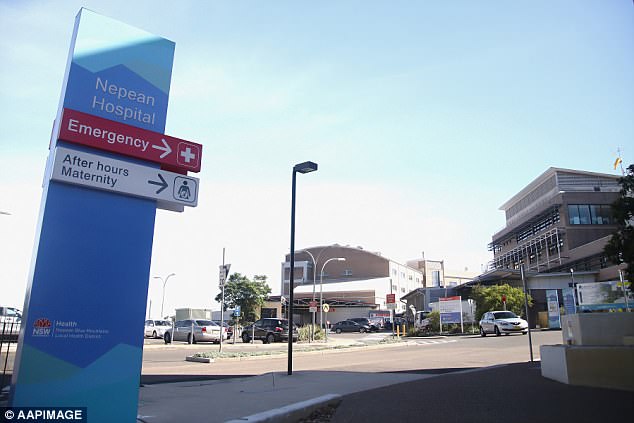 Ms Hawkins said she was angry the hospital would allow her husband, who was in severe pain, to lie down on the unhygienic floor.

Nepean Hospital Director of Emergency, Dr Claire Helm told Daily Mail Australia that they have apologised to Mr Hawkins for his experience, and will continue to work

‘We sincerely apologise for Mr Hawkins’ experience in our emergency department.

‘Mr Hawkins was triaged and given pain relief after presenting to the emergency department and was continually monitored by staff while tests were conducted.

‘When Mr Hawkins presented to the emergency department, it was in the middle of renovations to improve the space. Those works are now finished.

‘A $1 billion redevelopment of Nepean Hospital is currently underway and this will deliver us a bigger emergency department which will help us to meet future demand for services.

‘Our staff work very hard to deliver the best possible care to every patient that comes through our doors.

‘We have tried to contact Mr Hawkins to discuss his experience and will continue to do so.’