The zoo announced on Sunday it had launched a full investigation into the cause of death after the young animal passed away the previous night.

Gigi was intended to be a companion for the zoo’s first giraffe Eyelean who was introduced in December last year.

‘It is with a heavy heart we say a very sad goodbye to Gigi, our female Giraffe who suddenly and unexpectedly passed away last night,’ the zoo said in a statement.

‘Sydney Zoo welcomed our second giraffe Gigi during the Covid closure and she had quickly formed a strong bond with her companions.

‘As we mourn this tragic loss she will be remembered for her friendly and cheeky nature.’

The zoo said it was an ‘extremely emotional time’ for her keepers, who were met with support on social media. 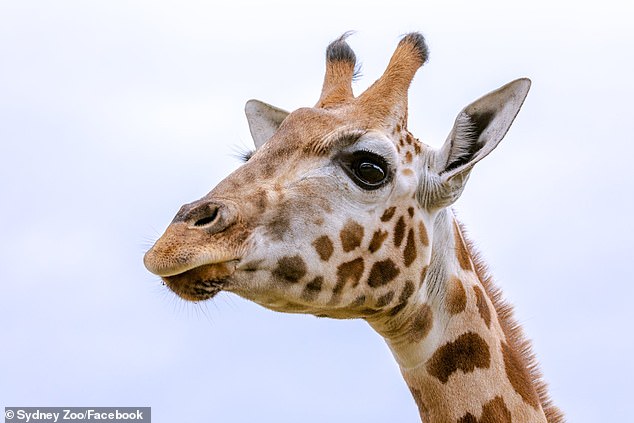 While the cause of death is not yet known, Veterinary surgeon Dr Robert Zammit told 9News it could be due to a stressful move from her previous herd at the Sunshine Coast.

‘They are not made to be transported anywhere, in a car or a truck, and certainly going from one hot climate to a cold climate adds to that stress,’ he said.

The zoo will be searching for a replacement giraffe to act as a companion for their remaining giraffe.