Pictured: High school student Jo-Ann Butler was suspended and is facing charges of battery after taking a MAGA hat off her classmate and throwing it on the ground

A high school student from California’s El Dorado is facing multiple battery charges after swatting a classmate’s MAGA hat off his head.

Jo-Ann Butler, 17, told CBS the hat was ‘a racist and hateful symbol’, and she wanted to ‘maybe just wake people up in some type of way’.

‘It’s not cool the environment our classroom is in,’ she said.

Video from the incident shows Jo-Ann take the hat off in the classroom and arguing can be heard before her English teacher tries to intervene and take her out of the room.

Butler was allegedly ‘verbally berating’ the student before throwing the hat onto the ground.

After she was asked to leave, she returned to continue her argument, Fox News reported.

Police allege she slapped the teacher, leading to her second battery charge. 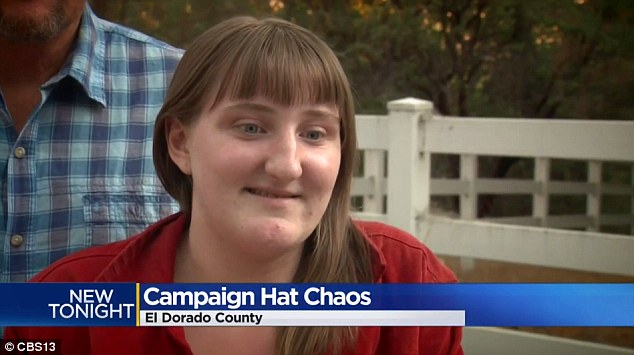 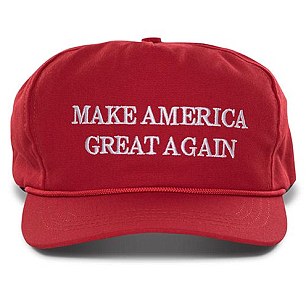 The teenage girl was arrested shortly after by a school resource officer, who took her to the El Dorado County Juvenile Hall.

Political clothing is within the dress code at Union High School, which has suspended Butler for a week as punishment for her actions.

The teenage girl’s father Chris says he in no way approves of his daughter’s behavior, but told CBS she is not out of line to find the accessory distasteful.

‘I don’t agree with grabbing someone’s hat and verbally talking to them in that way,’ he said.

‘But as far as the issue being brought up, maybe this is something that needs to be brought up.’

The school has released a statement explaining the safety of its students and staff are a top priority, and it would continue to work with the El Dorado County Sheriff’s Office as the incident was investigated.