A man already serving life for murder in a Texas prison has been charged with the homicide of a Florida woman in 2004.

‘New evidence’ will allow Texas police to extradite 39-year-old Terry McDonald from his current prison so that he can face second-degree homicide charges for the death of Mary Elizabeth Mount in Florida.

Mount was 28-years-old in 2004 when police found her dead in a Texas desert.

Mary Mount, pictured here on her wedding day, was killed by Terry McDonald in Texas in 2004 and justice is only now being served. McDonald told El Paso investigators where her body was but it appears the message was not passed on to police in Mount’s native Florida 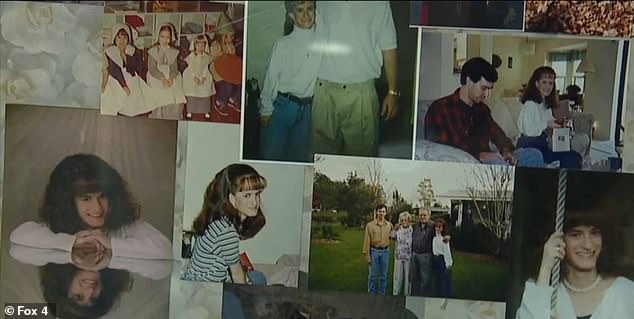 ‘The teamwork never stopped, and I can tell you, this is a classic case of you can run and you can hide, but you are coming back to our county to face these charges.’

McDonald had always been a suspect in Mount’s disappearance but despite leading Texas police to her grave, charges were never levelled against him. 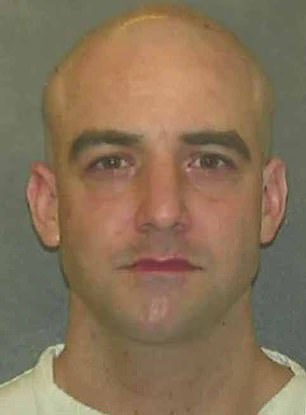 McDonald is already serving a life sentence for the murder of his 62-year-old roommate in Texas. He strangled him and buried him in the garden

Lee County police, until now, were unable to hit him with charges within the state of Florida.

The two had met online, through an internet fantasy game, where McDonald ‘wooed’ the 28-year-old.

Mount had recently split from her husband and her parents said that she was ‘vulnerable.’

Robert Knapp, Mount’s father, added in a 2004 article that McDonald was ‘charming, soft-spoken, telling her how pretty she was.’

The article reported that McDonald may have killed the four-feet-seven-inch-tall woman after she confronted him about stealing $400 from her account.

‘My daughter was a firecracker. She was little, but she was a mighty mouse,’ said Dottie Knapp, Mount’s mother.

In September 2004, police found McDonald in Texas with Mount’s car and some of her belongings.

A jury convicted him of trespassing, failing to acquire the evidence needed for the charges of grand theft and larceny.

The judge sentenced him to time served but he was arrested again a little later for panhandling. 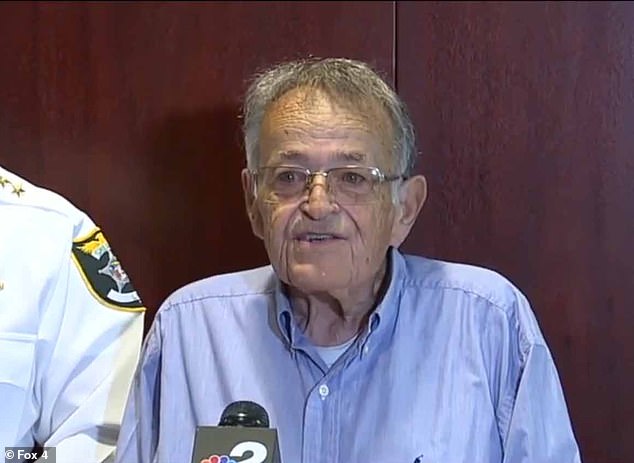 The victim’s father, Robert Knapp (pictured), said that the charged man wooed his daughter and that he was charming when she was in a vulnerable state. She had just split up with her husband when they met

El Paso police then arrested him for the murder of his former roommate, Felipe Loya Andrade, 62 soon after and this is the crime he is serving life in prison for in Texas.

News-Press reported that McDonald told the same El Paso investigators that he’d killed and buried Mount in the desert.

He added that the sheriff and state’s attorney’s office failed to do anything about the admissions.