A Texas man showing off on Facebook by posting a video of himself speeding down a busy street as he swerves around other vehicles was arrested for reckless driving.

On Sunday, Sean Yi took his Infiniti Q60 for a drive, but the Harris County Precinct 5 Constable said things quickly took a dangerous turn when Yi hit speeds of nearly 130mph on the Katy Freeway near I-10 and Dairy Ashford in Houston.

Authorities said Yi recorded himself flying down the road, and then posted the video online.

Steven Yi, of Houston, was arrested after he posted a Facebook video of himself speeding down the Katy Freeway on Sunday

In the footage, the 24-year-old is seen speeding down the street with one hand on the wheel as he swerves around other vehicles. The camera pans down to show his speedometer rapidly increasing from 20mph to 100mph  to 130mph.

Yi wrote in the caption that he reached 140mph while driving with one hand.

The department said Yi was arrested at his home and charged with reckless driving after they were alerted to the video.

‘Driving 128 mph down the Katy Freeway Access Road isn’t safe or smart,’ the department said in a Facebook post. ‘Recording this dangerous act on your phone while driving and posting it on Facebook is even worse.’ 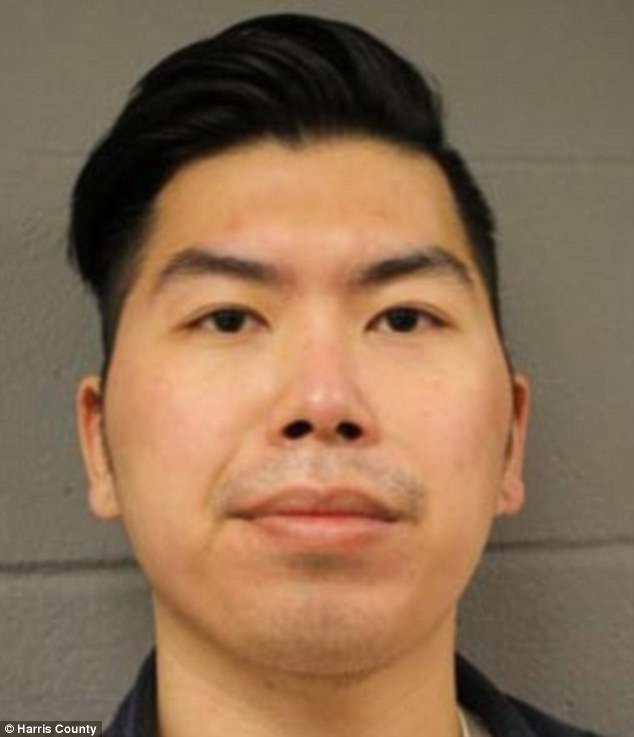 Police said the 24-year-old reached nearly 130mph and was swerving around other vehicles. He was charged with reckless driving