Texas man gets life sentence for abduction of 2 sisters

Terry Allen Miles, 45, on Tuesday was sentenced to life in federal prison for kidnapping two sisters, aged 7 and 14, after their mothers’s killing, and sexually assaulting the older girl

A Texas man has been given life in prison for kidnapping two sisters from the house where he was living after he allegedly beat their mother to death with a flash light.

Terry Allen Miles abducted the siblings, aged seven and 14, from their home in Round Rock, Texas, in December 2017, drove them to Colorado

The 45-year-old also had a sexual relationship with the teen for five months.

He was handed a life sentence on Tuesday.

Authorities discovered the body of Tonya Ellen Bates during a welfare check at the home she shared with Miles in Round Rock near Austin in December 2017, after she didn’t turn up to work. 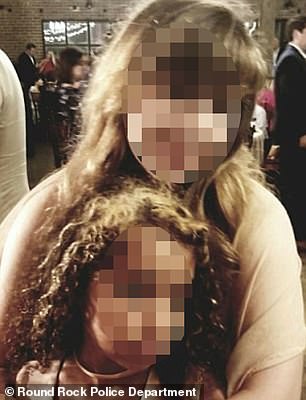 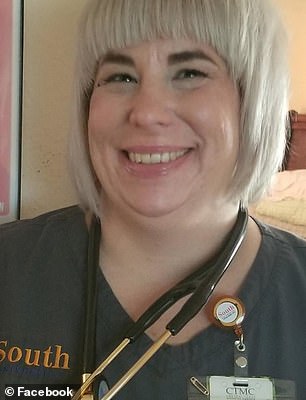 Miles whisked the two girls (left) to Colorado in early 2018 after police found their mother, Tonya Bates (right), beaten to death with a flashlight 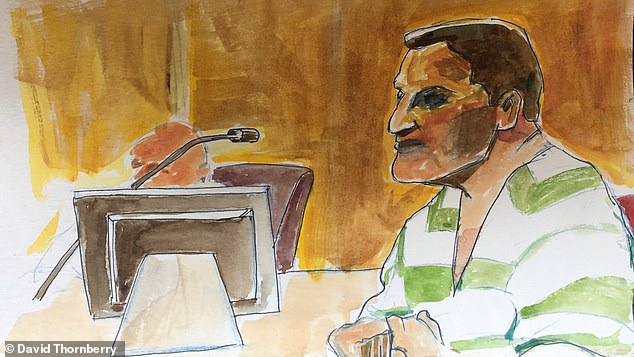 Terry Allen Miles is seen in an artist’s sketch on May 21 at an Austin, Texas, federal court

Investigators have said Miles fled with the girls, then aged seven and 14, and sheriff’s deputies caught up with them a few days later in Colorado.

They said Miles had been sexually assaulting the teenager for five months.

Authorities believe Miles beat Bates to death with a flashlight, but he has not been charged in her death.

On Tuesday, Miles’ defense attorney argued that his client suffers from brain damage, which makes him impulsive, and asked the judge for a more lenient sentence of 30 years in prison.

A prosecutor, however, described Miles as a manipulative child predator who has been inquiring about a 10-year-old girl from jail, adding, ‘There is no rehabilitation for evil,’ reported the station KXAN.

When given a chance to speak, Miles echoed his lawyer’s words concerning his brain damage and insisted that he would ‘never hurt a fly.’ 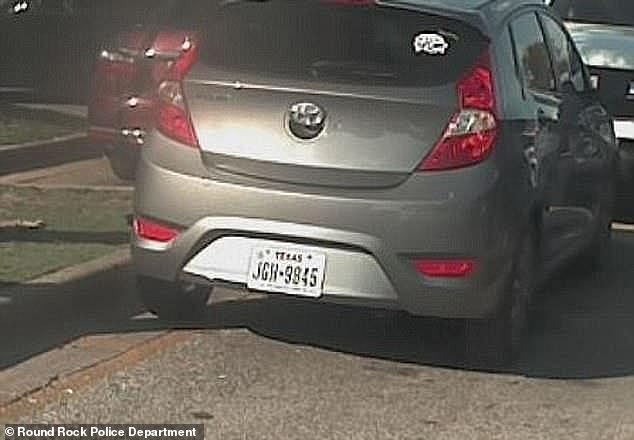 US District Judge Lee Yeakel ruled that the defendant will spend the rest of his days in federal prison but said he should be incarcerated in a correctional facility that would provide him treatment for brain damage.

‘Round Rock is a safer place with Terry Miles scheduled to serve a well-deserved, lengthy prison sentence,’ stated Round Rock Police Chief Allen Banks. ‘While it won’t reverse the harm done to these girls, it will allow them to continue the healing process without fear.’

Co-workers called police in Round Rock, about 20 miles north of Austin, on December 30, 2017, to ask that they check on Bates when she had not shown up for work that day as expected.

Officers went to the woman’s home and discovered her lifeless body. Her 2017 Hyundai Accent was missing.

A subsequent investigation revealed that Miles, who had lived with Bates and her two young daughters, kidnapped the girls.

Bates’ death was ruled a homicide by blunt force trauma. Testimony at trial indicated that Miles likely killed Bates by bludgeoning her on the head with a heavy flashlight.

DNA evidence indicated that Bates’ blood was found on one of Miles’ sneakers, but so far he has not been charged in the killing. 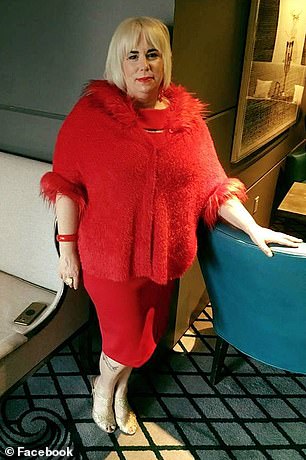 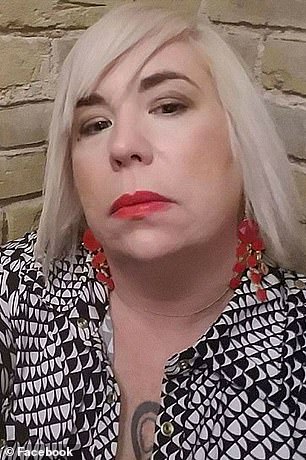 Bates’ death was ruled a homicide by blunt force trauma. Miles has not been charged in her killing

Police obtained cell phone information on the children’s two phones. One of the phones was located in a heavily wooded area near a Walmart in Round Rock.

Surveillance video from the store showed Miles purchasing camping gear, including a 10-person tent, rope and tarps, and then driving off in Bates’s car.

The Hyundai and a cell phone belonging to one of Bates’ children were later traced heading to Colorado. Evidence from security cameras and phone records showed the route Miles took from Round Rock to southern Colorado.

On January 3, 2018, deputies with the Las Animas County Sheriff’s Office arrested Miles during a traffic stop near La Veta, Colorado. Bates’ daughters were found with Miles in their mother’s stolen sedan.

Miles’ semen was detected on the 14-year-old’s underwear that she was wearing at the time that she was found. His semen was also found at the campsite where the trio had been hiding.

The teenager testified during Miles’ trial that the man, who has a son of his own from a previous marriage, repeatedly had sex with her over the course of five months. 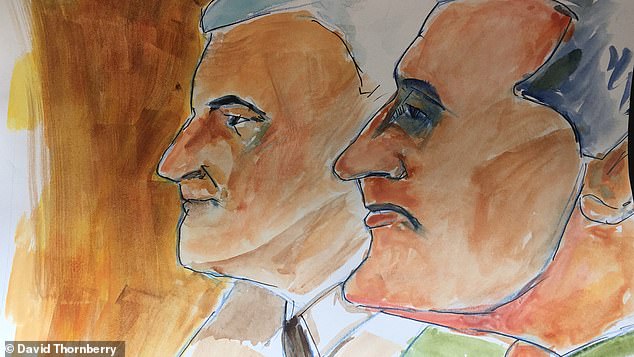 Miles, 45, was convicted in February of two counts of kidnapping.Seen in court on May 21 in an artist’s sketch

According to Louisiana court records, Miles was on probation from a 2015 domestic violence conviction and a 2014 conviction for possession of stolen goods.

Calcasieu Parish Sheriff Tony Mancuso told the Austin American-Statesman that Miles had a history of domestic violence arrests and convictions. He was convicted two other times in 2009 and 2011 on domestic violence charges.

Miles was also convicted twice in California with of injuring a spouse or cohabitant, in 1995 and 2002.

‘Today justice was delivered to Terry Miles for his despicable crimes against children,’ said US Attorney John Bash stated on Tuesday. ‘Unfortunately this is only one particularly high-profile example of the sort of abuse happening in every community across our country. It won’t stop until policymakers at all levels prioritize child safety.’