Former contestants on The Block have revealed their ‘forever home’ six years after purchasing the property, and talked about how they came up with the concept.

Interior designer Jenna Densten and her plumber husband Josh appeared on the Channel Nine home makeover show twice and have renovated 10 houses between them.

They purchased a rundown workers cottage in North Melbourne six years ago, falling in love with the street, location and quaintness of the home itself. 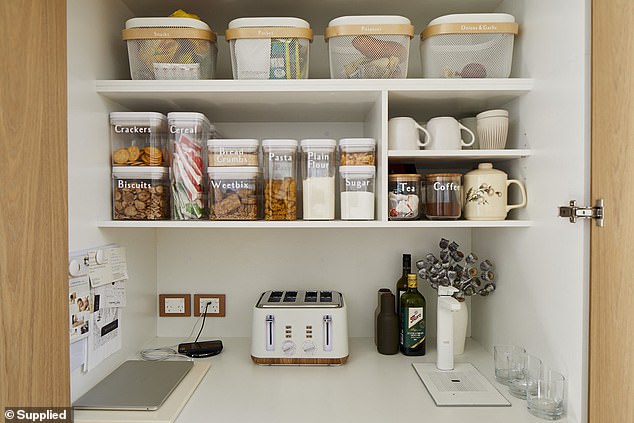 ‘The home was on a narrow site of five metres with a south facing yard and no access. The original cottage had a dodgy 1970s extension and the entire home was dark, damp and unloved,’ the pair write on their website.

‘Shortly after moving in we started plans to renovate.’

They wanted to create a self-contained studio separated from the main dwelling for Josh’s sister Kelli who has a learning disability and might move in.

And they also wanted to change the orientation to allow for north facing light to shine through, because as it stood it was swathed in shade. 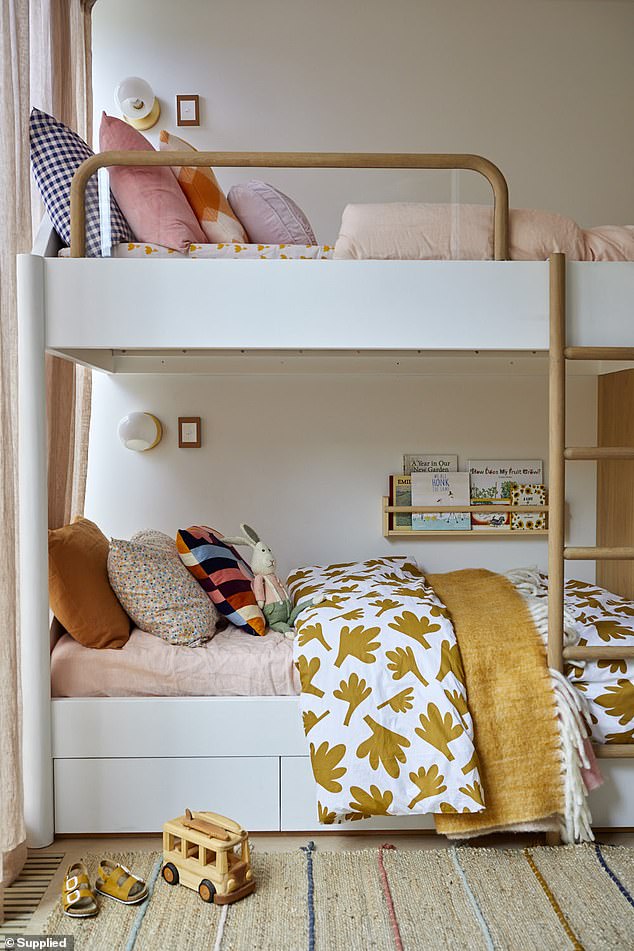 The girls’ bedroom is an eclectic mix of colours and prints, with a mini bookshelf included 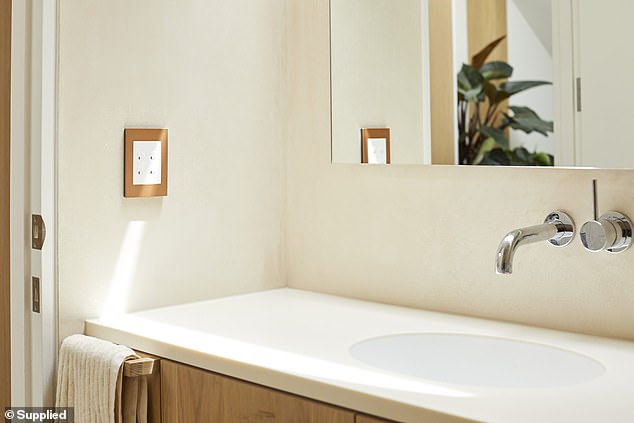 ‘The concept was to turn the original two rooms of the cottage into a one bedroom studio and separate the main dwelling by an internal courtyard to harness the north facing light,’ they continued.

‘The cottage will sit towards the front of the block and the new dwelling will be at the rear.’

The family, who have two daughters in Freddie Forrest and Story Rose, have finally wrapped the build, with only a few finishing touches in rugs and sofas to finalise.

‘To make our house feel more like a home we have been sourcing vintage styling objects via eBay, online marketplaces, thrift shops and farmers markets to style all our nooks and shelves,’ Jenna told FEMAIL. 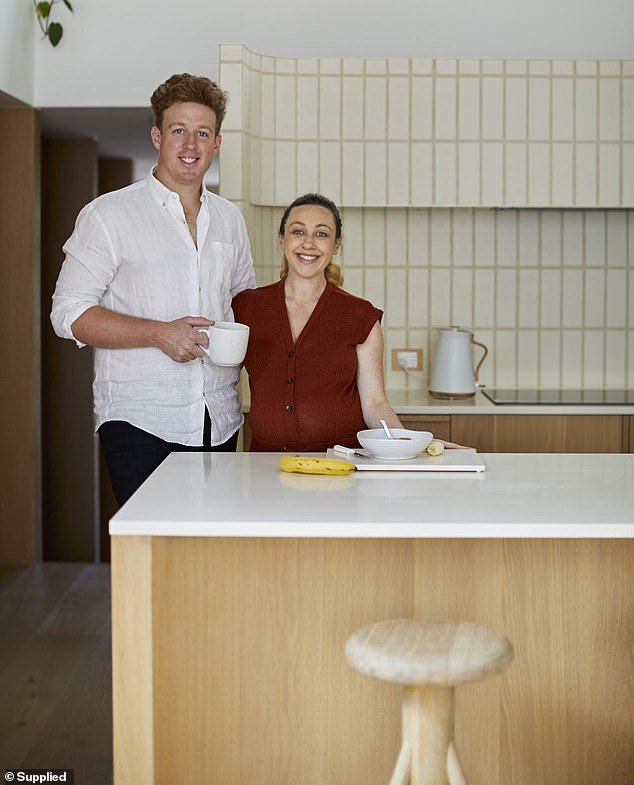 The family, who have two daughters in Freddie Forrest and Story Rose, have finally wrapped the build and there are only a few finishing touches in rugs and sofas to finalise 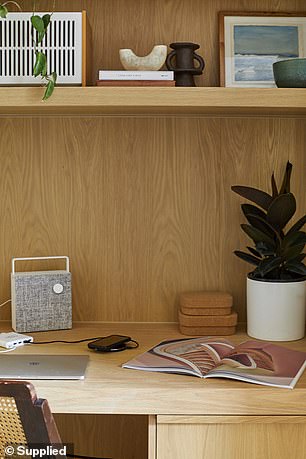 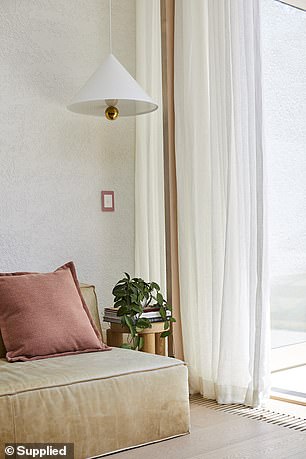 They decided on a tonal palette, with sharp whites, blonde oak timber and soft blush pinks because they create a ‘calming and homely feeling’ 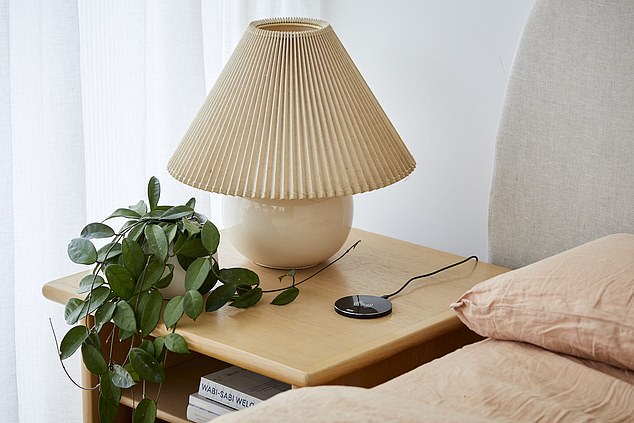 ‘We recommend taking your time doing this as it helps tell a story around the home and adds a personal touch. Some of our favourite finds to date are 1960s Italian made lamps, marble bookshelves and a terracotta shaped clam shell plant pot.’

They decided on a tonal palette, with sharp whites, blonde oak timber and soft blush pinks because they create a ‘calming and homely feeling’.

‘We’ve used HPM Excel VIVO switches and sockets through the house. They give you the option to change the colours from pure white to some of our favourites like “Pop Pink” in Freddie’s bedroom, “Copper” in the bathroom and “Silver” in the living room,’ Jenna said.

In their outdoor area they focused on a mix of up and down lighting, walkway lights, garden spikes and deck lights for added shine. 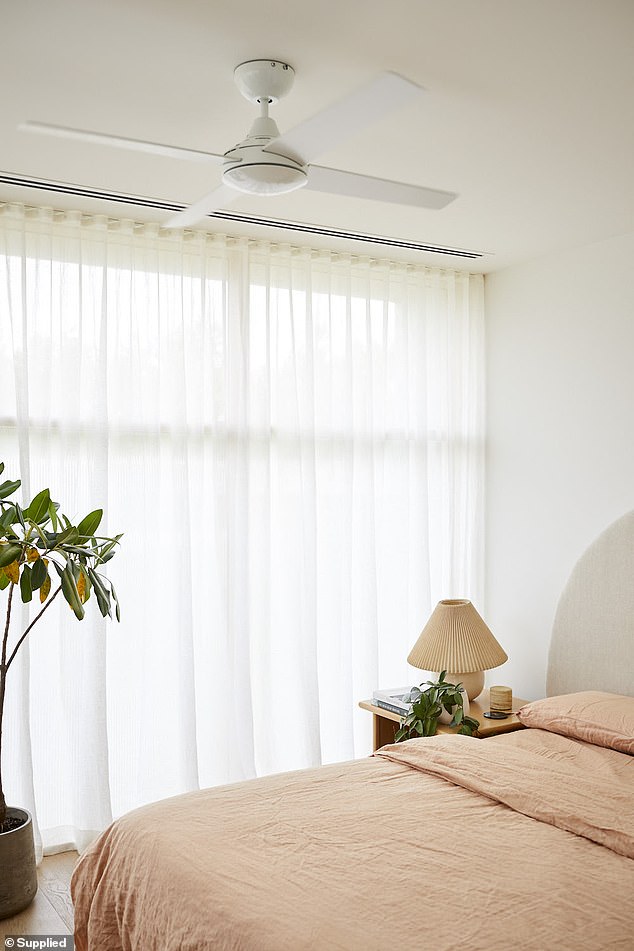 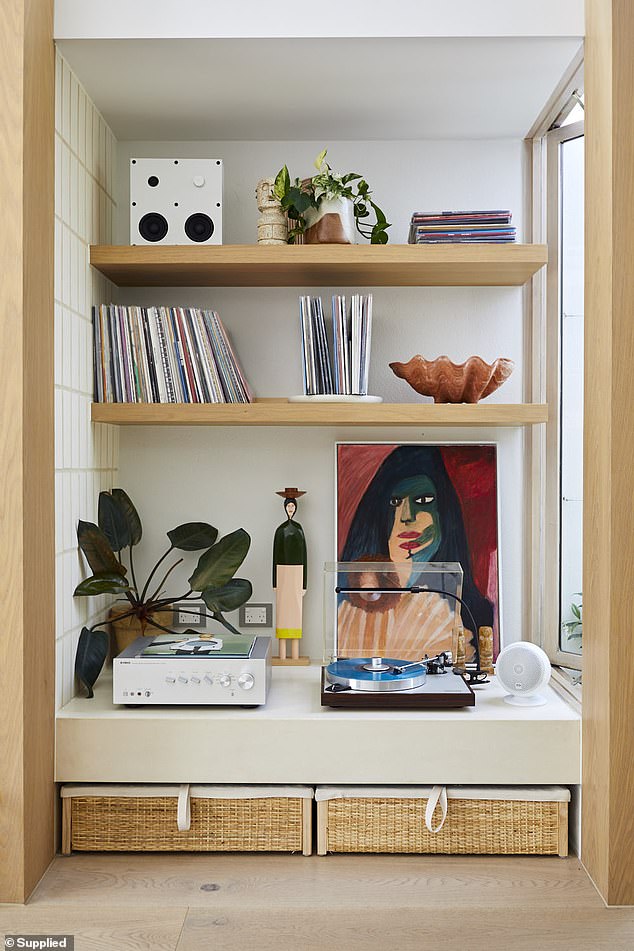 Artwork, a record player and books have become decorative pieces around the house

The secret to a great outdoor lighting scheme is to combine different light sources to not only provide a practical function, but also highlight different architectural elements of the home and garden.

The Denstens created a home office nook within the house with plenty of plants added to the space to inspire creativity.

‘We’ve also kitted out the home office with a wireless charging pad and charging hub that allows all our phones, tablets and laptops to charge at the same time,’ Jenna said.

While they are yet to reveal images of the final design in its entirety, the pair are looking forward to settling in with their newborn girl and her older sister Fred.