‘The Queen does not perform on command’, royal expert says

Royal experts have slammed ‘resentful’ Prince Harry and Meghan Markle’s ‘disgusting’ attempts to ‘provoke the Queen’ into making a public response to their claims about life in The Firm.

In a new chapter of Finding Freedom featured in People magazine, authors Omid Scobie – a trusted contact of the Sussexes – and Carolyn Durand say the Duke, 36, and Duchess, 40, believe the Queen has failed to act over incendiary allegations of racism made during their explosive Oprah Winfrey interview.

In an extract of the new chapter, Mr Scobie and Ms Durand write: ‘The Queen’s ‘recollections may vary’ comment ‘did not go unnoticed by the couple, who a close source said were ‘not surprised’ that full ownership was not taken. ‘Months later and little accountability has been taken’, a pal of Meghan added. ‘How can you move forward with that?”

Speaking on Good Morning Britain, royal expert Victoria Arbiter explained: ‘The Queen does not perform on command and she is not going to respond to any attempts at provocation.’

And appearing on TalkRadio, Prince Harry’s biographer Angela Levin called the latest allegations ‘beyond disgusting’, saying: ‘I do hope the Queen doesn’t listen to a couple like that who only think about themselves and try to make sure they’re victims.’

She added: ‘This is two people who are so resentful they want to bring down the royal family, and particularly the Queen, who is vulnerable at her age.’

The Queen, 95, will not respond publicly to Prince Harry, 36, and Meghan Markle’s, 39, latest ‘provocation’ because she ‘does not perform on command’, a royal expert has claimed

Angela said: ‘They’ve said Harry is not willing to move on until this is sorted. Quite frankly, he should have sorted it out himself.

‘If his wife is feeling mentally unwell, why didn’t he pick up the phone? Why is it the Queen’s responsibility?’

Speaking about the suggestion ‘no accountability has been taken’ by the Queen following the explosive Oprah interview, Angela said: ‘This is Meghan speak. It sounds like Meghan speak.

‘What I want to say – is that some people, I’m not saying names, get a buzz if they’re attacking someone else and if it’s dangerous.

‘They get a high, their adrenaline goes and they feel they’re really powerful and strong. What they are doing now is outrageous.’

Angela added that Prince Harry has ‘moved on’ from life in the royal family, saying: ‘He’s written another book, the work is pouring in for him, he managed to say yesterday how he and Meghan were so hurt in all that is going on in this fragile world. 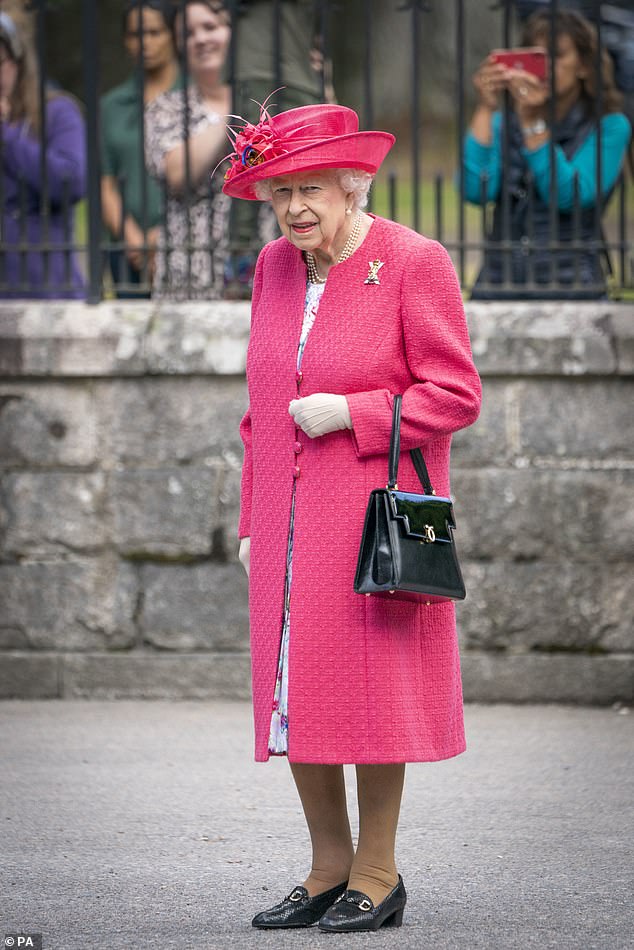 ‘He has moved forward so that’s a nonsense as well.’

‘But this latest chapter in this unauthorised biography would certainly suggest they are very unhappy with the Queen and her response to the allegations made by the couple.

‘Certainly the source of this unhappiness was the statement the Palace issued following their pretty explosive interview with Oprah Winfrey and the wording of one phrase in particular ‘recollections may vary,’

‘According to sources close to the couple, they were really disappointed by that. They felt it lacked a degree of accountability and questioned how they could move forward.

‘She is  Scotland at the moment, holidaying in Balmoral. The palace and the Queen highly unlikely to want to comment any further on this. 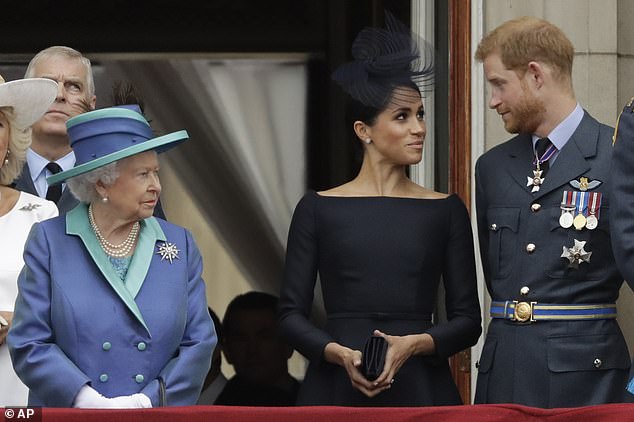 ‘This latest chapter in a story of Harry and Meghan really underlying the rift between the couple, the royal  family and the Queen.’

Victoria added: ‘The Queen told the public, and she did release a statement following the interview with Oprah, that these matters would be dealt with privately – this is a personal, private family matter.

‘She is not going to address whatever is bothering the Sussexes in a public forum.’

During the Oprah interview, the couple – who live in an £11million mansion in California – reeled off a string of allegations, including conversations between Harry and a ‘family’ member about their then unborn son Archie and what colour his skin might be – and ‘what that would mean or look like’.

Meghan also alleged that she was left feeling suicidal after joining the Royal Family, but did not receive help.  The Queen responded with a statement 36 hours after the extraordinary interview, saying she was ‘saddened by the claims’ but that ‘some recollections may vary’.

But in an extract of the new chapter, Mr Scobie and Ms Durand say the comment did not go down well.

Buckingham Palace has not issued any update beyond its initial statement on the matter. They said at the time: ‘The whole family is saddened to learn the full extent of how challenging the last few years have been for Harry and Meghan.

‘The issues raised, particularly that of race, are concerning. Whilst some recollections may vary, they are taken very seriously and will be addressed by the family privately. Harry, Meghan and Archie will always be much loved family members.’ 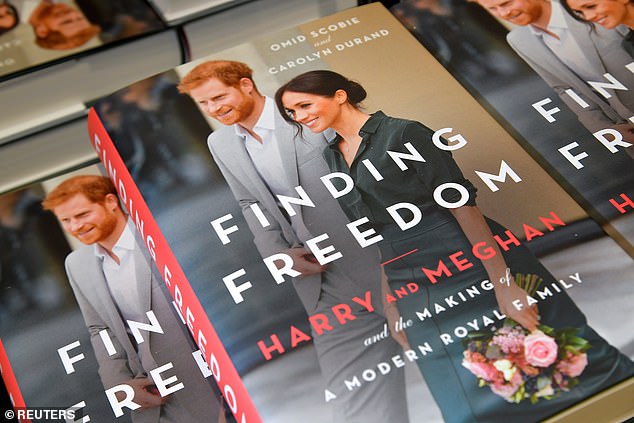 Mr Scobie revealed that Harry and Meghan are entering the ‘era of visibility’ and ‘seem to be existing in a different place’ (pictured, Finding Freedom)

Mr Scobie also revealed that Harry and Meghan are entering the ‘era of visibility’ and ‘seem to be existing in a different place’.

He said the couple, who have been on parenting leave since the birth of their second child Lilibet Diana on June 4, ‘now in the thrive chapter’ of their life as they plan to restart more in-person charity work with their Archewell Foundation.

He also told how they are ‘really excited’ about a busy autumn and winter of public engagements in the US. The author’s comments come one day after the Sussexes issued an extraordinary statement in response to the Afghanistan crisis, declaring themselves speechless.

Mr Scobie, who wrote the book alongside Carolyn Durand, told People magazine today: ‘They’re a couple who do very well in those moments of human interaction.

‘They need to be on the ground. They say that the proof is in the pudding, and what we are about to see is that pudding.’

Speaking about how the Sussexes are trying to prioritise their mental health and stay away from ‘some of the toxicity’ towards them, Mr Scobie said: ‘They seem to be existing in a different place, and that place is much healthier.

‘Meghan famously spoke about that it was not enough to survive – we are now in the thrive chapter.’

Mr Scobie was referring to Meghan’s interview with ITV in October 2019, in which she said: ‘I’ve said for a long time to H – that’s what I call him – it’s not enough to just survive something, right? That’s not the point of life. You’ve got to thrive, you’ve got to feel happy.’

It was announced last month that Harry and Meghan’s ‘heartbreak’ following Prince Philip’s death will feature in a new epilogue to Finding Freedom.

The section will also recount ‘Meghan’s emotional healing journey from losing a child to the birth of their daughter’ and detail the couple’s move to California, according to publisher Harper Collins.

The Duke and Duchess have long denied personally co-operating with Mr Scobie and Ms Durand. But the two writers have boasted of having ‘unique access and the participation of those closest to the couple’ – which is unlikely to have been given without Harry and Meghan’s knowledge or permission.