The tragic moment a Corvette driver loses control of his car

This is the tragic moment a man driving a Corvette loses control when he nails the loud pedal and loses the back end.

The man, who has not been identified, buries the throttle in his Corvette and changes gear twice in quick succession without lifting his foot from the throttle, destabilising the back of his car.

As he continues to put the 500bhp down through his rear tyres, he loses the back end of the car and it careers across the road.

This driver of a 6.2litre Corvette tried to impress fellow petrol heads by performing a rolling burnout leaving two long black tyre marks on the roadway 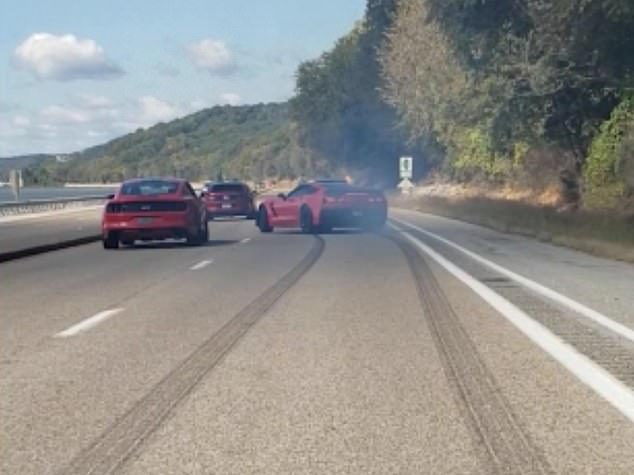 Unfortunately for the driver, his ambition was far greater than his ability and once the roadway moved to the left, he lost control 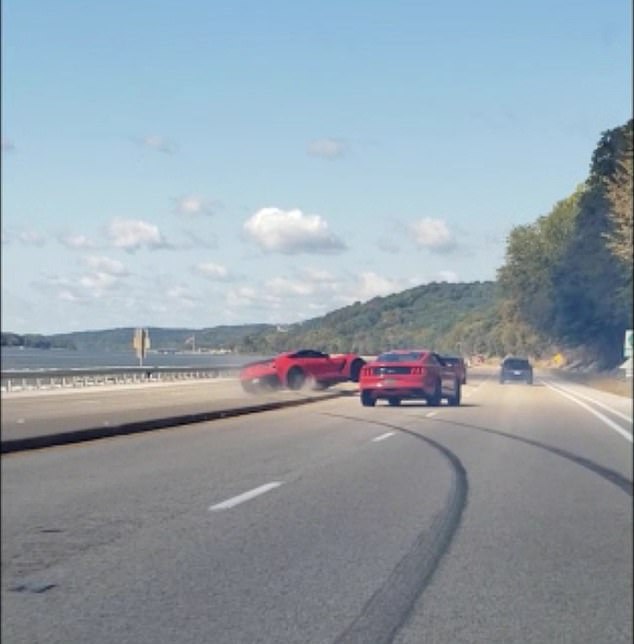 The driver, who had a 5.0 litre Ford Mustang to his left was trying to show off, but his insistence of changing gear rapidly saw him lose traction and spiral out of control after he attempted a rolling burnout.

Video of the incident shows he put an impressive amount of rubber onto the road which was in Graffton, Illinois.

It is not known the amount of damage the Corvette suffered or whether the driver was injured.