Thomas Tuchel believes Paris Saint-Germain’s obsession with the Champions League is counter-productive and preventing them from achieving their ultimate goal.

Since the Qatar Sports Investments takeover in 2011, the club has made no attempt to hide its pursuit of Europe’s ultimate prize, but have so far fallen short. The appointment of Tuchel, on a two-year deal, is their latest bid to move closer to the trophy.

They have never gone further than the quarter-finals, and only reached the last 16 this year despite topping their group, losing out to perennial winners Real Madrid.

PSG have splurged the cash in a desperate bid to be crowned champions of Europe, with vast amounts spent on Neymar and Kylian Mbappe last summer.

But Tuchel, who was unveiled on Sunday evening, believes it is a change of ethos that will be more important to bringing success.

‘It is dangerous to have this way of thinking,’ Tuchel told SFR Sport when asked about expectations in the Champions League. ‘Because if your ambitions are too high, you can almost never achieve them.

‘How many clubs can win the Champions League? Maybe 12, 13, 14 and in the end there is only one club that raises the trophy. It’s way too early to talk about that.

‘This is my deepest feeling. And I’m not talking about the Champions League, but everything else. It’s way too soon. 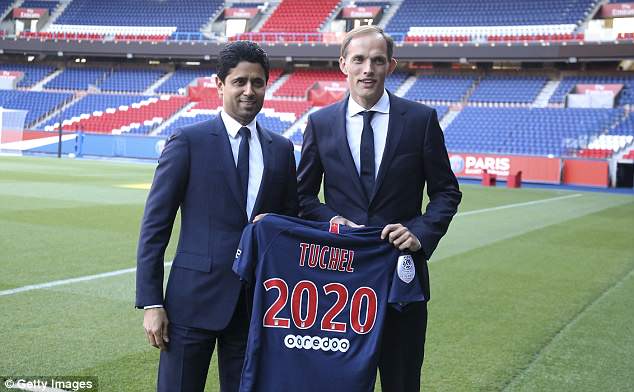 ‘First, we need to put in place a framework. Then you have to create a team spirit. We will have to work hard for that. And when we get that, we have to take care of it every day. From the month of July, every day that passes.

‘Only if this process is realised, if it is done in a team and each player devotes himself to it and adheres to this state of mind, then at that moment we will go through the steps, step by step to get to the top.

‘Only in this way will we be able to win the biggest titles. I believe intimately with that. This is the biggest challenge. And I will start with that.’

Former boss Unai Emery led his side to a domestic treble in France this season, which still wasn’t enough to keep his job.

Tuchel, though, says he has taken up the role with no focus in place on what he does and does not win. 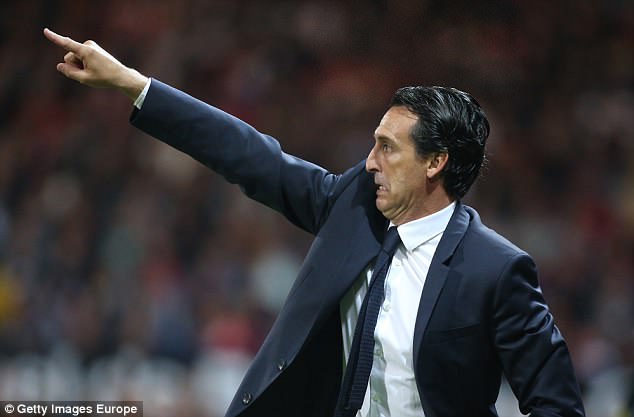 Tuchel replaces Unai Emery, who lost his job after their failure to progress in Europe

‘I’ve never been told “You must win this, that and that”. We want to create something special around a real team spirit and a style of play. That every supporter present at the stadium or in front of his screen feels all that. Something special can happen.

‘I do not want to talk about the semi-finals of Champions League. It’s too early to talk about that. Ask me the question in the spring if we are ready. If we are, we will have come a long way before.

‘I want players to tell themselves that cup games against second-division teams are just as important as those of the Champions League. And only with this state of mind can we achieve great things.’