A three-month-old baby was burned alive inside an ambulance after an oxygen tank exploded on a motorway in Turkey.

The incident happened in the district of Silivri in the north-western province of Istanbul this week.

The ambulance took fire and was burning by the roadside on the Trans-European Motorway, footage shows.

Local media reported the vehicle was travelling to the province of Edirne.

The baby, named as Rojin, was in an incubator next to her mother when an oxygen bottle exploded.

The reasons of the incident are still unknown. 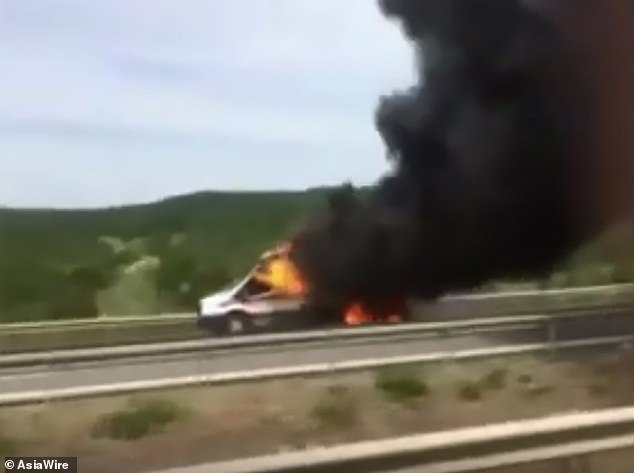 The baby’s mother and ambulance staff allegedly left the burning vehicle and the baby was left inside the incubator.

Emergency services were called to the scene and firefighters extinguished the fire.

The baby’s mother, identified as Necmiye S., broke down following the incident as she saw her baby burned alive, local media reported. 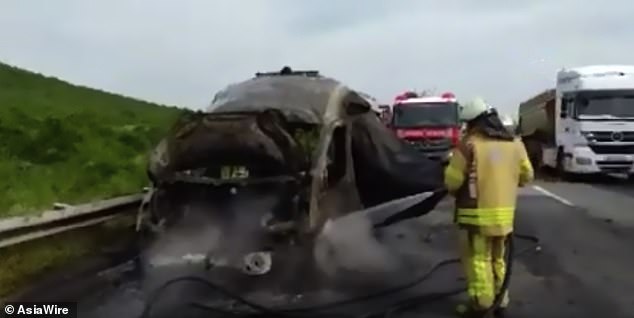 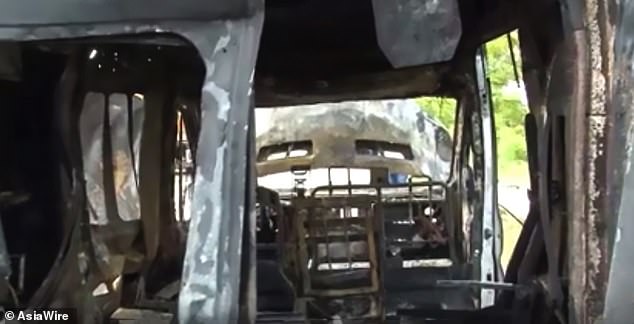 She needed to be tranquilised by paramedics and another ambulance arrived at the scene to take her to hospital for treatment, according to reports.

In a statement, she said: ‘Suddenly, something happened and fire shot out of the back. Paramedics got out and I also jumped out of the ambulance.

‘The paramedics could not get in to save my baby and ran away. There were three people in there with my daughter, but when the fire started there was no one.’

A police investigation is ongoing.