Ryder Grace was just three years old when doctors found cancer in ‘every part’ of his tiny body – including a six-centimetre tumour in his stomach.

The devastating discovery came after his mother Katherine Grace spent weeks taking him to doctors only to be told he ‘just had a virus, and to take him home and give him Nurofen’.

Eventually he was diagnosed with Metastatic Neuroblastoma very rare, very aggressive childhood cancer ‘it was every where – it was as bad as it could be’. 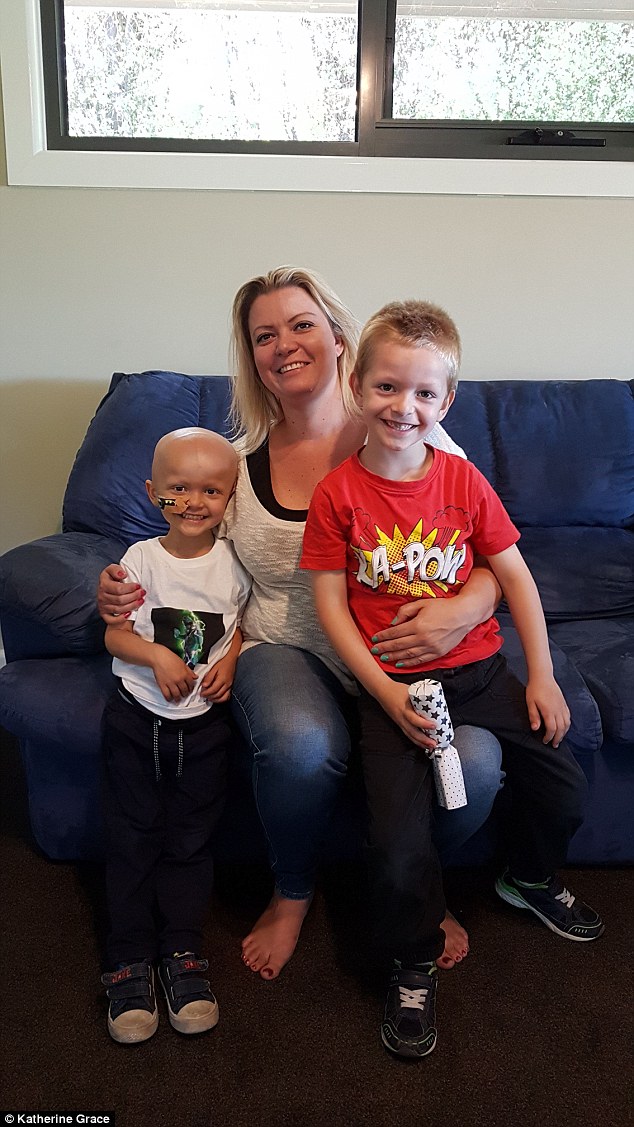 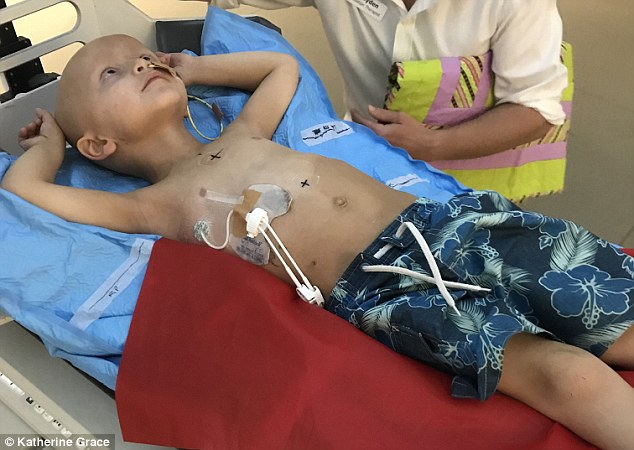 Ryder last week before another of his radiotherapy sessions

Now the little boy is almost through the grueling chemotherapy, radiotherapy and immunotherapy regime which should get rid of his cancer.

But the chances of him getting sick with it again are high – and the survival rate for children who fall ill a second time are low.

So now his mother has to raise $300,000 to get him to America so he can have ‘a vaccine’ against the cancer – which should help his body fight it on its own.

The vaccine is only available is America as the cancer is so rare – but it gives him the best chance of living.

‘He already has a bunch of devastating side effects from his treatment, to go through it again when he is so tired.. the chances of surviving isn’t good.

‘He is infertile, his growth will be stunted – this is something I can do for him,’ his mother told Daily Mail Australia. 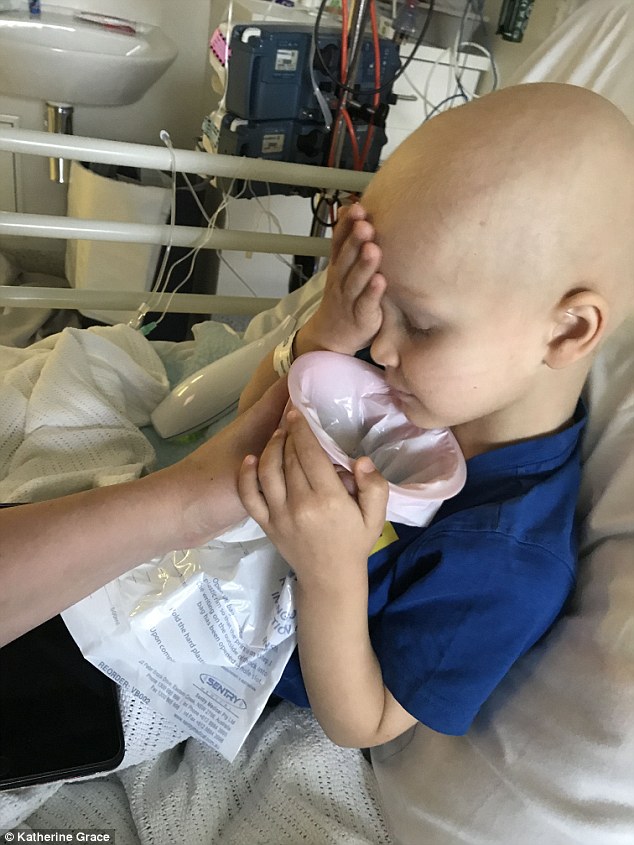 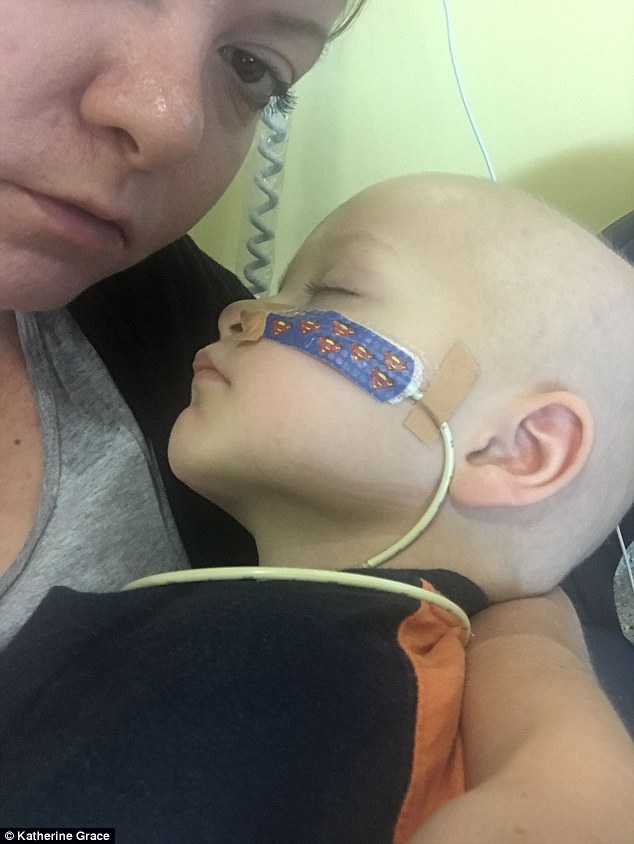 Eventually he was diagnosed with Metastatic Neuroblastoma very rare, very aggressive childhood cancer ‘it was every where – it was as bad as it could be’ 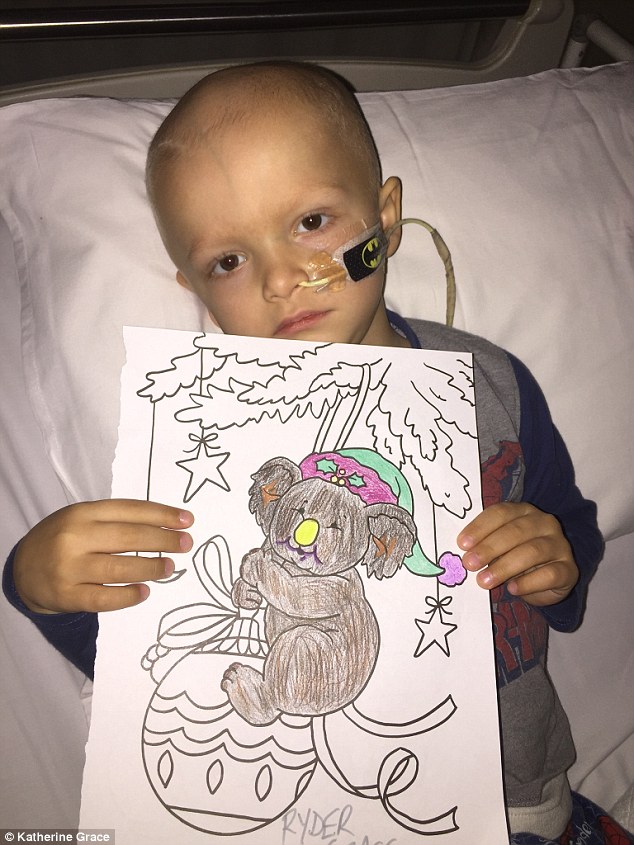 Ms Grace is trying to make the whole experience ‘feel normal’ for her son.

‘He is being very brave but that’s because we have made it normal – we tell him that everyone has to go through these things.

‘It is really hard but we have to do it for him,’ she said.

Pictures show the little  boy’s complete transformation – from smiling behind a birthday cake when he turned three – to sliding into his latest radiotherapy session.

His mum wants people to be aware of the symptoms – which started with ‘becoming a warm sleeper in May’. 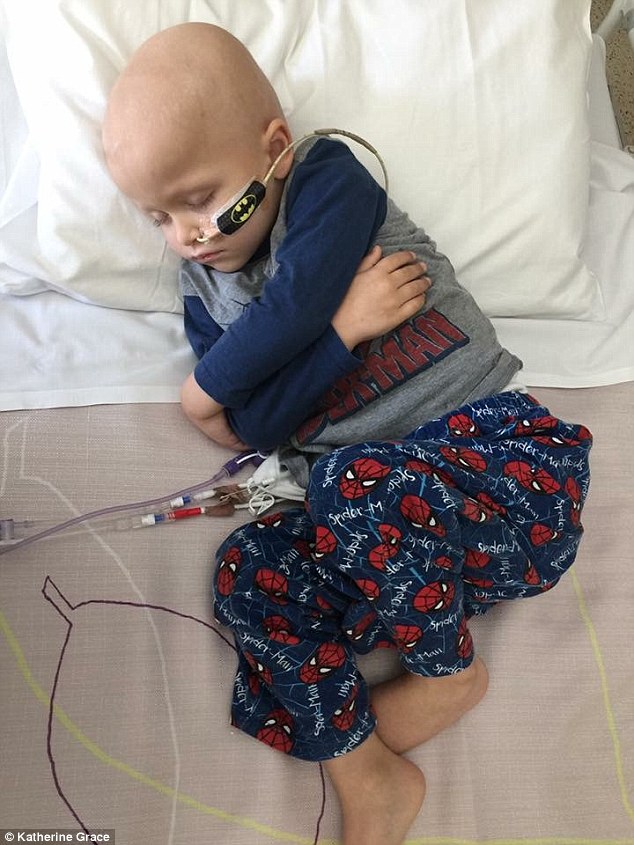 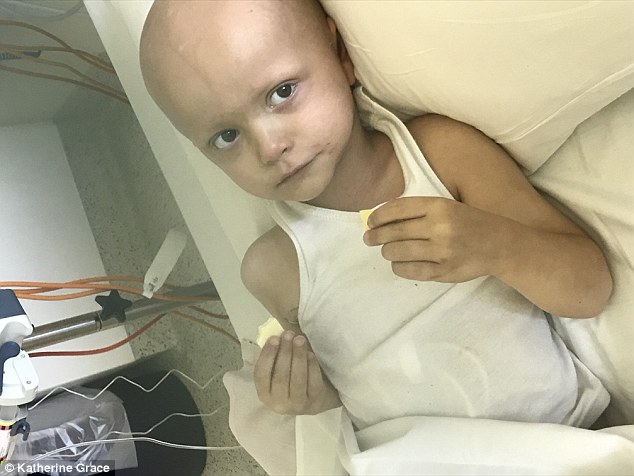 Then in June he developed a light limp, had an occasional fever or two and by the end of the month was taken to the doctor – who dismissed his discomfort as a virus.

‘I kept taking him to the doctors but they said he had a virus and to take him home and give him Nurofen and it would pass.

‘But when it didn’t pass I went back again, this time he had pain in his knees – they did an X-ray and found nothing. 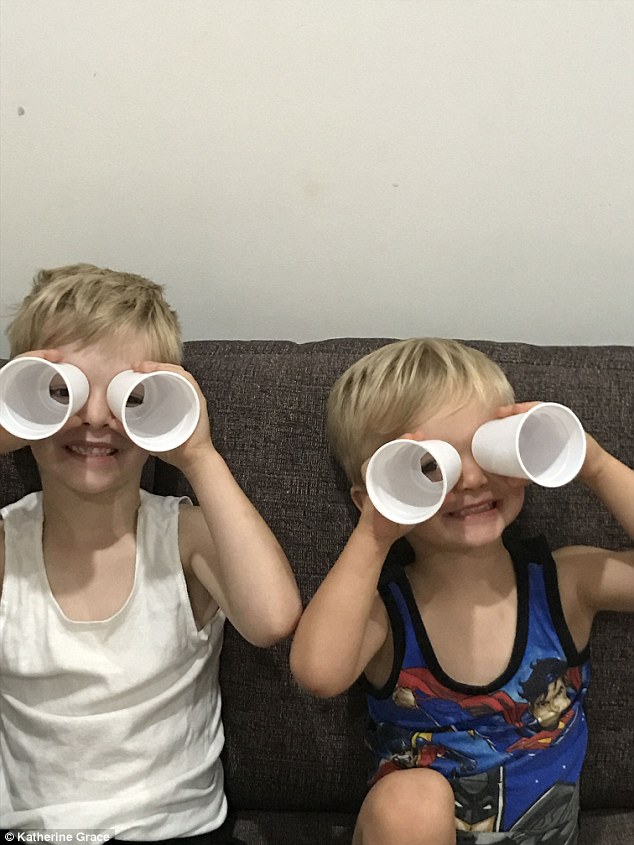 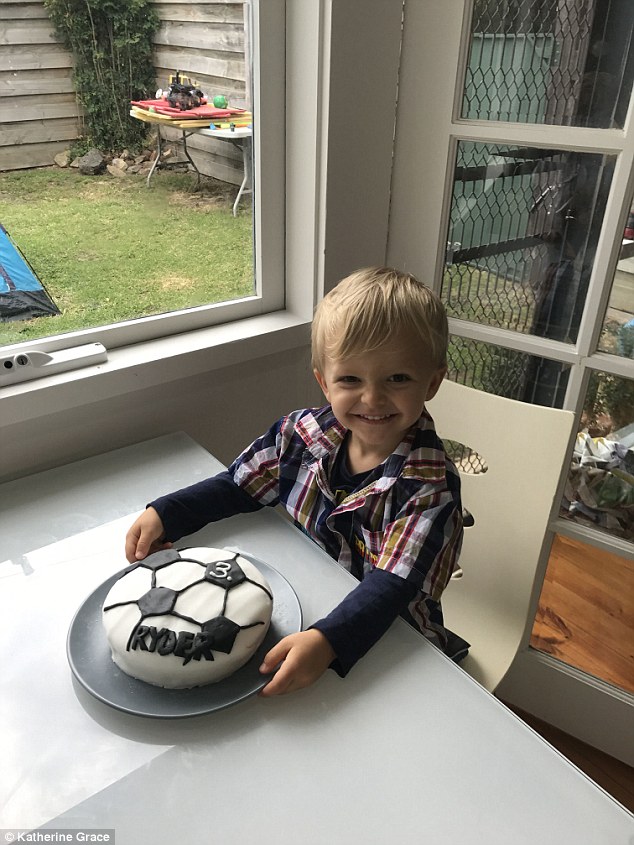 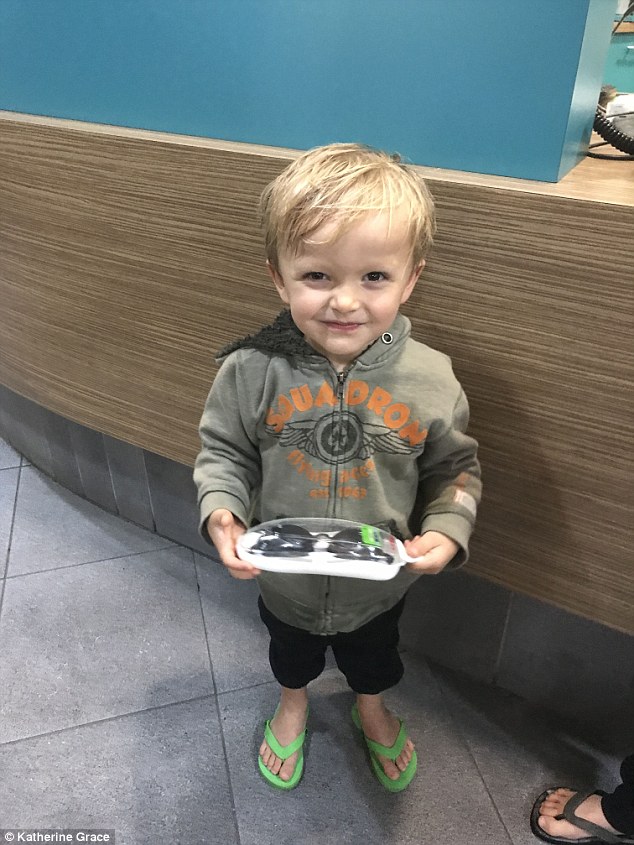 A few weeks after this photograph was taken Ryder was in extreme pain, had high fevers and was getting sicker every day

‘By mid-July he was in a lot of pain, I was giving him Nurofen every six hours and he was waking up crying in pain.’

This is when the mum was told her son had viral arthritis.

‘They gave him antibiotics. When we came back a few days later because he had really bad pain in his tummy and back we were told it was constipation from the antibiotics.’

Fed up with the doctors the mother went to emergency. 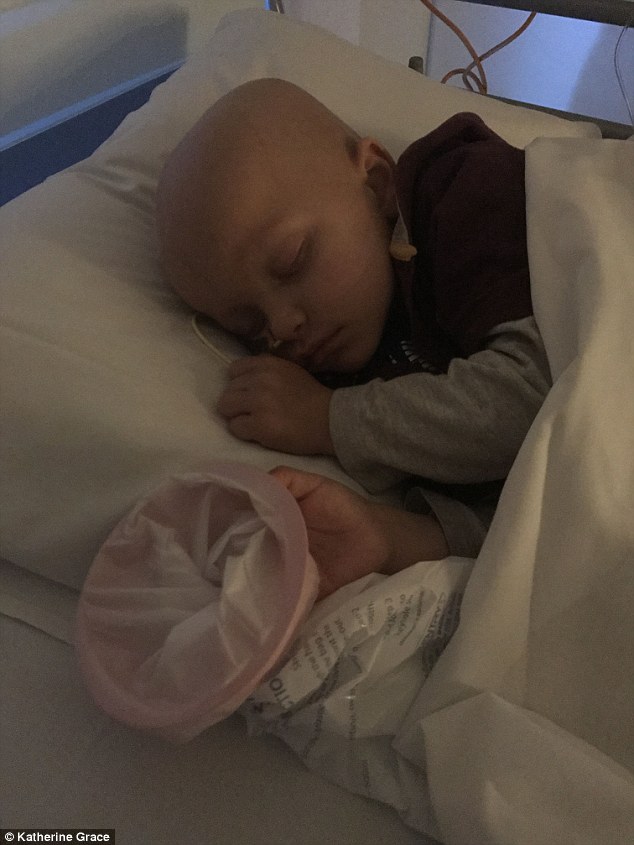 Ryder asleep with his vomit bag following another round of chemotherapy 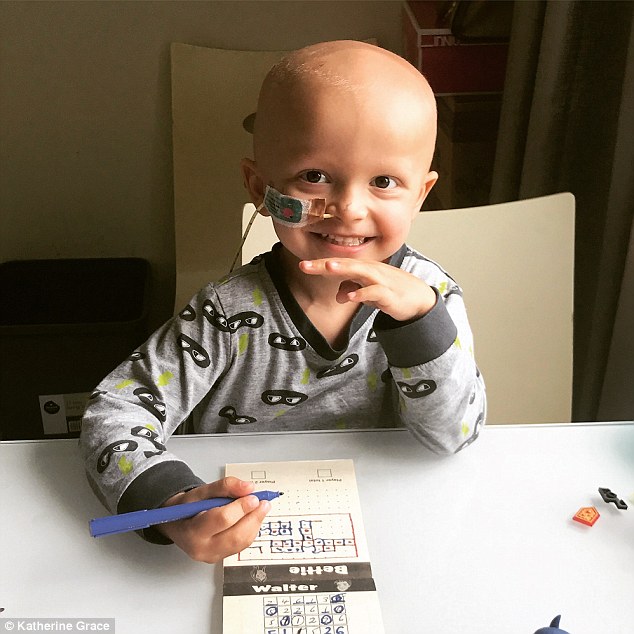 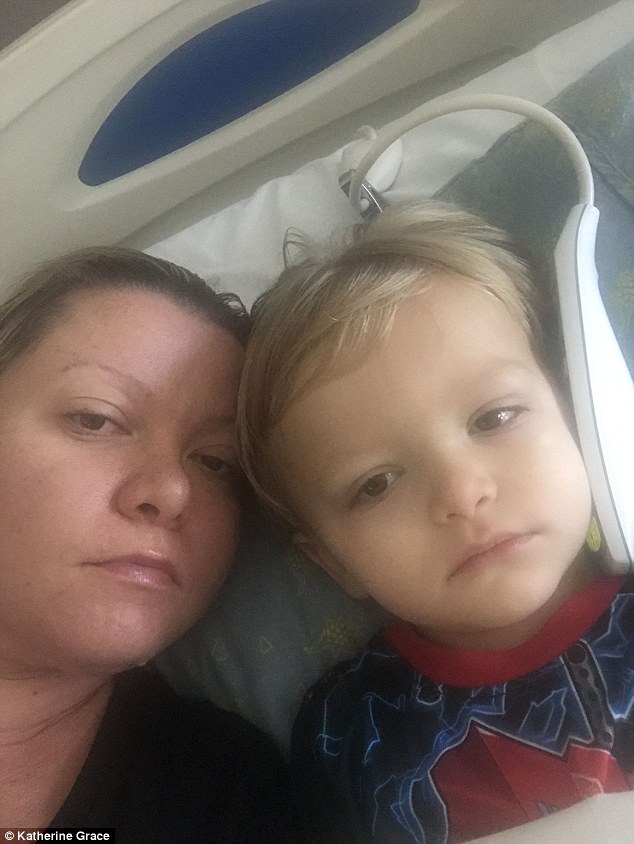 On August 3 he was diagnosed with the cancer – a specialist scan lighting up his whole body highlighting how far it had spread.

‘The pain in his stomach was cause by the six-centimetre tumour. He went from being on Nurofen every six hours to having a morphine drip.’

Ms Grace said if the cancer had been caught sooner it wouldn’t have caused her son as much pain – and it would have been easier to attack with chemotherapy.

She has described the last seven months as a ‘horror story’. 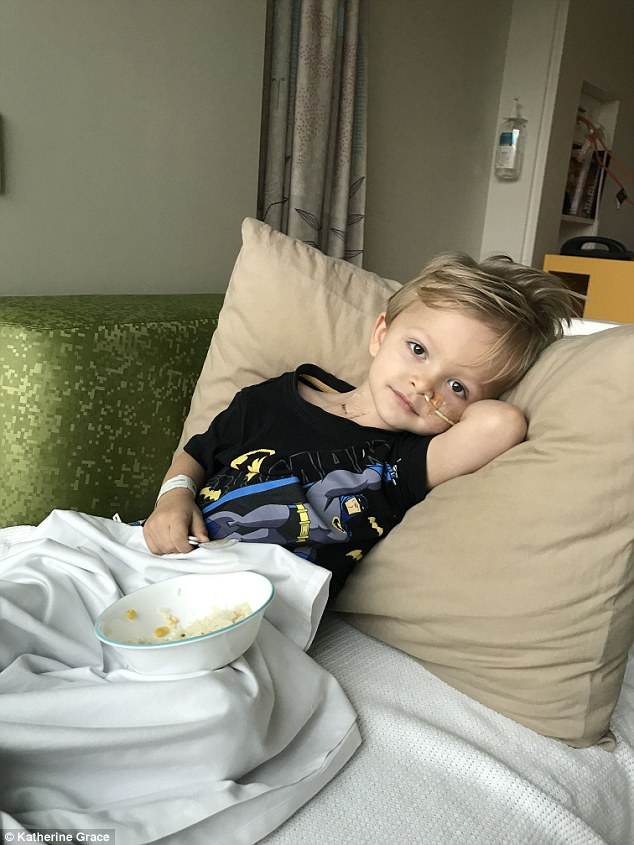 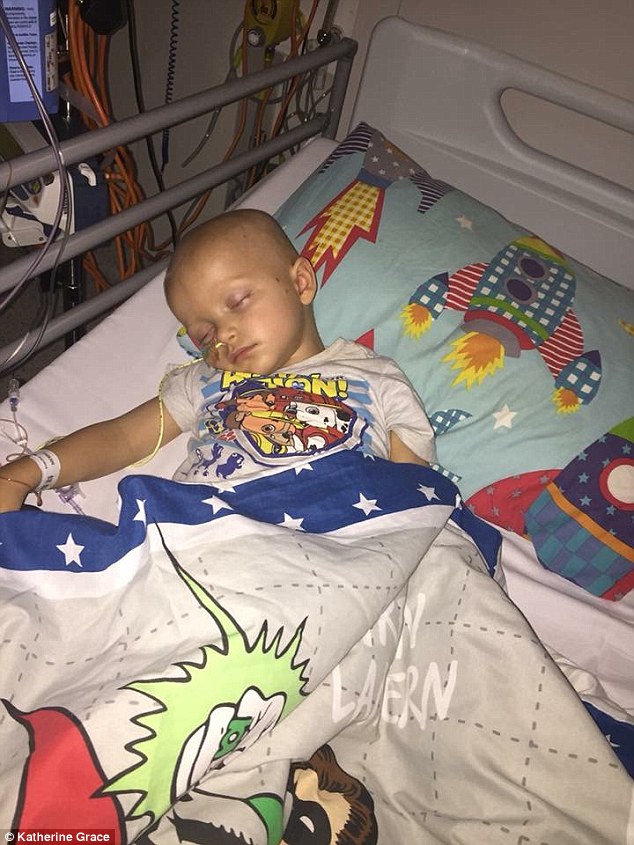 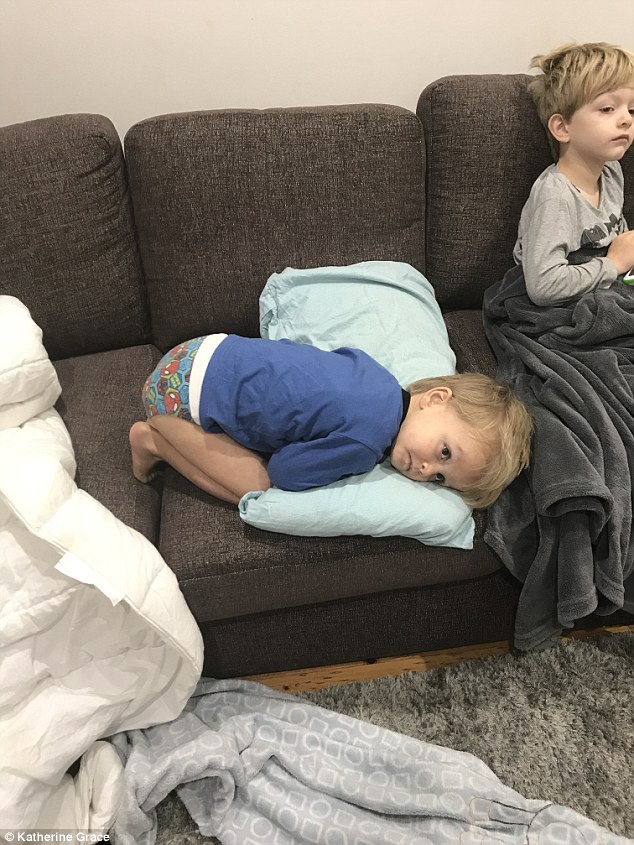 ‘The more research we do the worse it is – only one in every 100,000 children have this cancer – and Ryder is predisposed to having a relapse.’

The worst part so far was watching as a lethal dose of chemotherapy was pumped through his veins.

‘He had to have a bone marrow transplant to make sure he didn’t die – and we just sat there eating icy poles to stop the blisters in his mouth – trying to make it all seem as normal as possible. 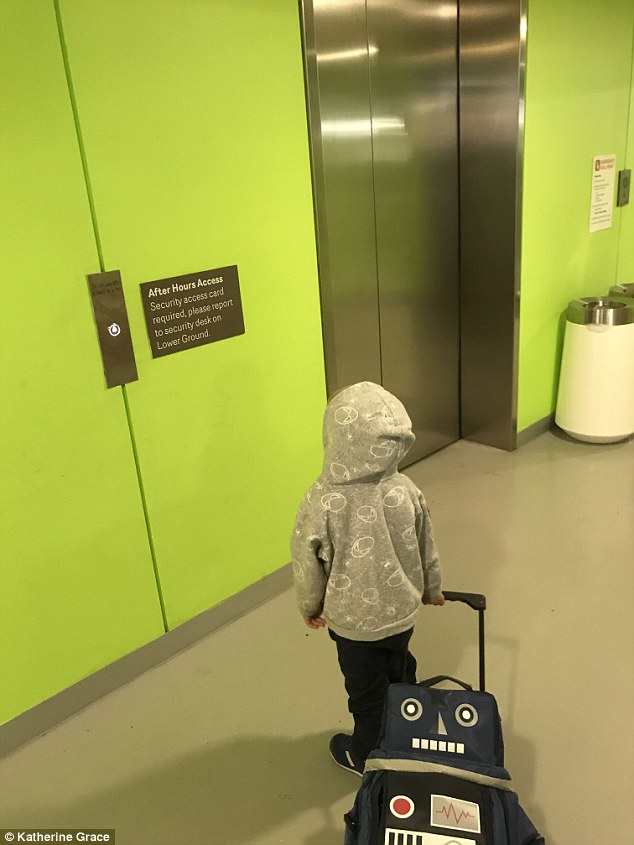 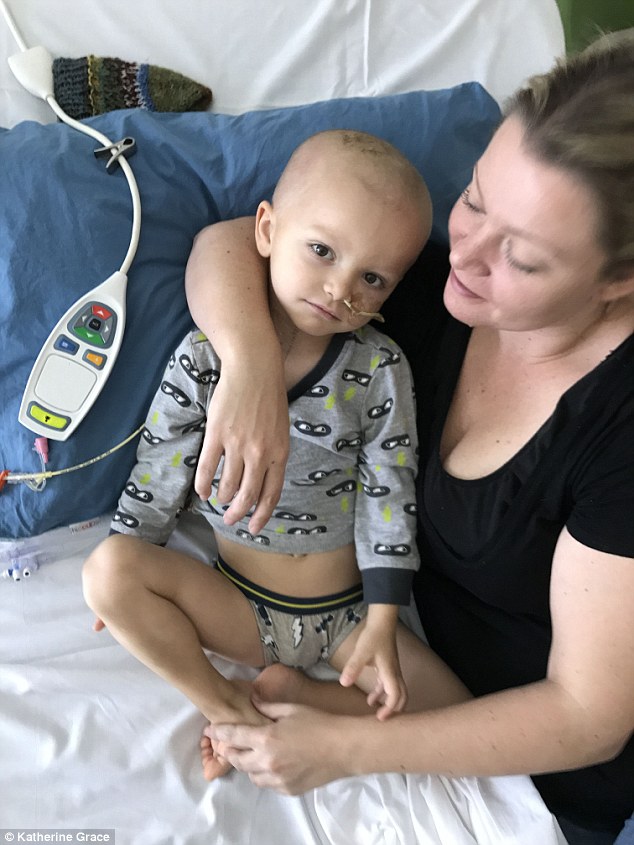 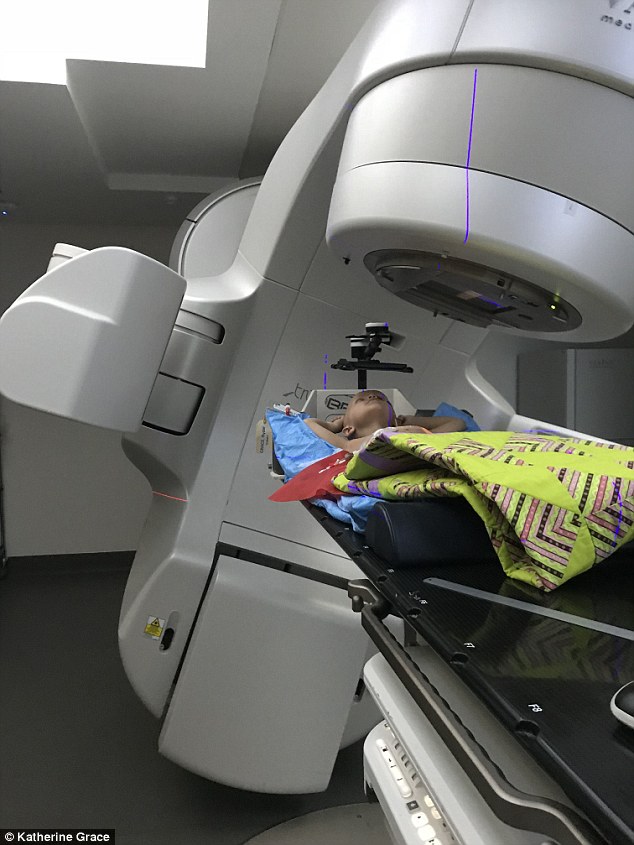 The mum believes her only long-term option is to take the trip to America. She has until the end of his treatment to come up with the money.

Her friend, and well-know photographer from Story Art Karen Alsop is also helping to raise some funds by auctioning off a custom photo.

‘I’m really feeling for the family, and it’s my hope that the Story Art auction not only exceeds expectations in what it brings in towards their cause, but also that I can bless the person that win through an entirely unique artwork.’ 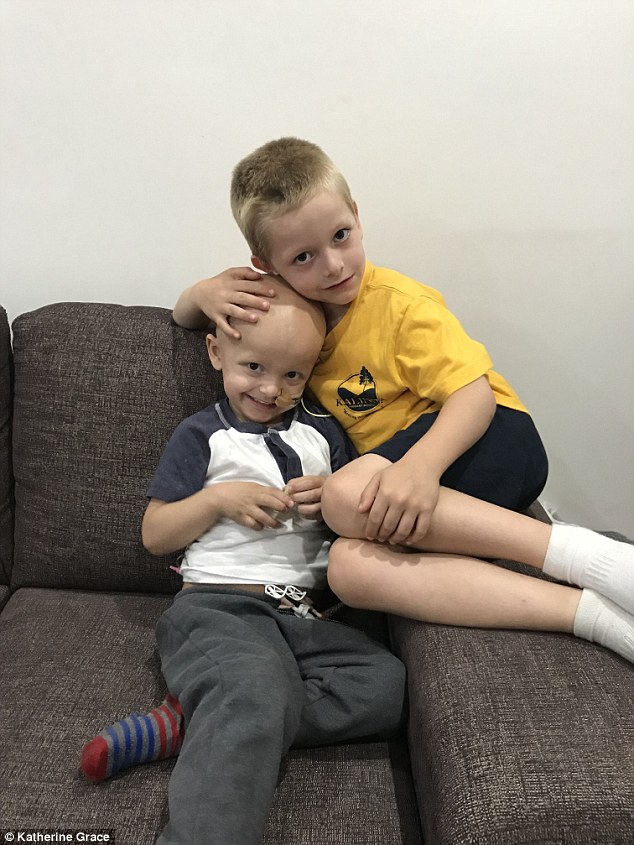