Australian cycling star Rohan Dennis has won bronze in his signature event, the road time trial at the Tokyo Olympics.

Dennis, the 2018 and 2019 world champion in the time trial, bypassed last Saturday’s road race to focus on this event.

It is some redemption following the Rio Olympics, when he was on the way to a likely silver medal when an aerobar extension snapped and he finished fifth.

Dennis also won silver on the track at the 2012 Olympics in the team pursuit. 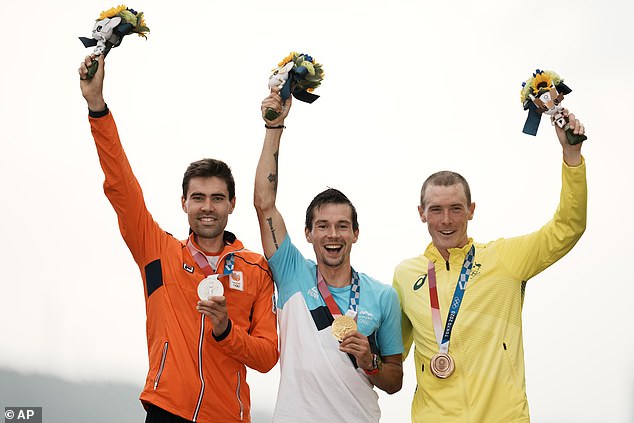