Tom Parker Bowles visits one of his favourite Parisian bistros

Paris. What a disappointment. I mean, what the foutu enfer is going on? I thought the place was in lock-down, swarming with the high-vis hordes. But all is tranquille, save the lunch-break rumblings of a thousand different guts. And wait, what’s this? No dog poo either. Or rather, a whole lot less than usual. Which means I can stroll and saunter down those boulevards, rather than creep my way through the usual minefield of merde. Worst of all, I bump into a Parisian, and apologise in English. And he actually smiles. Smiles, I tell you! Not growls or mutters or glares. He positively beams. Dear oh dear oh dear. 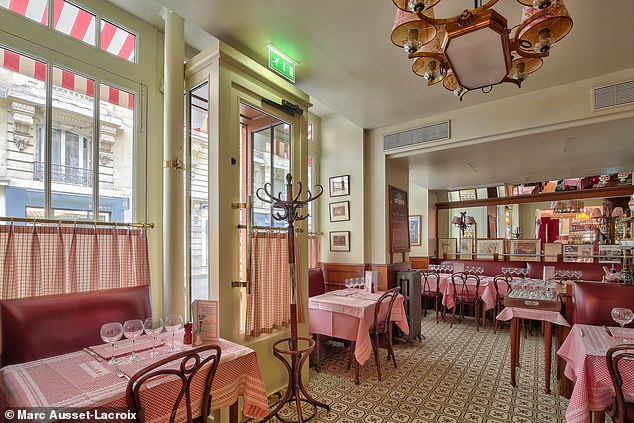 La Fontaine De Mars. Stars may rise and fall. But the beauty of these bourgeois food-serving French bistros, in Paris and beyond, will never cease to shine 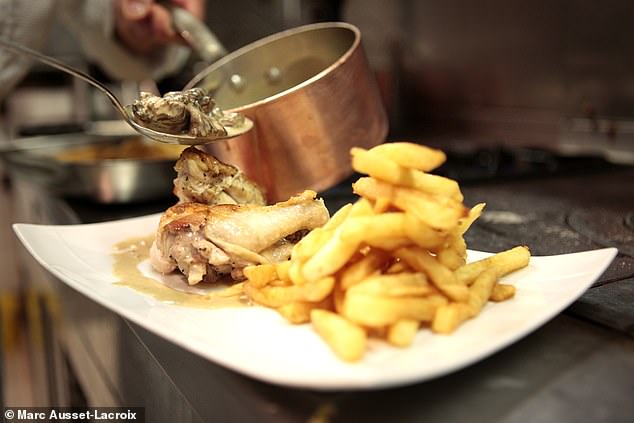 Reliable, never-changing, honed by years of doing the same thing, just right. No high art or named chefs, no smears, hype or hyperbole

Anyway, with the prospect of a long lunch at La Fontaine De Mars, nothing can sully my mood. Not even the beaming sun. Not even a city in unexpectedly bonne humeur. I’m here for the inaugural World Restaurant Awards, and have already tackled oysters and onion soup at Au Pied De Cochon (first time I’ve been there sober. And at a sensible hour too). And dear Chez Georges, with its chequerboard floor, and kidneys in cream, and service with a sort of smile. Although the oeufs en gelée have shuffled off this mortal menu. Je suis désolé. Still, La Fontaine De Mars never changes. Ever since I first visited, years ago, on the recommendation of Simon Hopkinson. A bistro deluxe in the Seventh, all dark panelling and soft lights, pretty gingham tablecloths, napkins the size of sheets and the sort of easy bonhomie that is earned, not bought.

We cram into a corner banquette, fellow eaters all. Men who know their Macron from their macarons. And start with a dozen Gillardeaus No 5, splendidly saline. Then some No 3, a mite bigger, but every bit as sweet. And then Belons. Obviously. Because you would, wouldn’t you? And drink crisp, cool Pouilly-Fuissé while we study the menu, more out of habit than necessity. As it never dreams of changing. So oeufs meurette, artfully poached, the eggy essence of Burgundy, in the slickest, stickiest and most intense of red wine reductions. Shards of bacon add salt and chew.

There’s a warm pâté en croûte, the filling surprisingly delicate, the pastry as light as a whim. And a vast slab of filthily rich home-made foie gras, slathered on to toasted brioche. That reminds one why one should, occasionally, eat the food that one really, really shouldn’t. 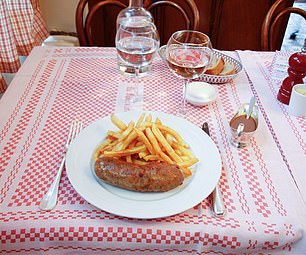 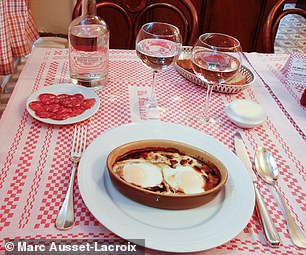 There’s barely room to breathe, as we sit like tinned anchovies, yet it doesn’t worry us. It never does. This place is eternally full. I consider, as I always do, one of those andouillettes (pig intestine sausage) from Mr Duval. God only knows why, because I hate the things, with their sewer stench and troubling chew. But I indulge the romance all the same. David battles a vast cassoulet, as burly as a Toulouse bouncer, more ballast than mere main course. While Richard disappears into a boudin basque, the soft, subtle Christian Parra version that comes in a tin and tastes like faintly ferric joy. Bill and I chew ‘pièce du boucher’, today’s plat du jour, a hunk of offal-scented bavette, cooked blue, in an indignant pepper sauce. Taking the occasional diversion into the sort of pommes Dauphinoise about which odes are penned. Oh, and those fries, crisp, golden, hot and salty. Like McDonald’s with a doctorate in Dumas.

By now, we’ve moved on to a ‘second growth’ Cos d’Estournel red, a ‘decent sip’, as Bill puts it. And I remember, once again, why I so adore these great Parisian bistros. Reliable, never-changing, honed by years of doing the same thing, just right. No high art or named chefs, no smears, hype or hyperbole. Stars may rise and fall. But the beauty of these bourgeois food-serving French bistros, in Paris and beyond, will never cease to shine.