TONY HETHERINGTON: Were gold coins just left on the doorstep?

R.M. writes: I am a 73-year-old pensioner and purchased one-ounce gold coins from The Royal Mint for my grandchildren. The total cost was £11,000. The Royal Mint said the coins would be delivered by a specialist courier and had to be signed for.

When they did not arrive, I contacted The Royal Mint and some time later a courier came to my door and tried to get me to sign for the coins I never received. When I refused, the courier said he would go to the police, so I told him to do so.

The Royal Mint itself said it would not accept a claim from me unless I filed a crime report, but the police say they cannot accept a report from me without evidence a crime has been committed.

Gift: Coins, worth £11,000, were bought for grandchildren from The Royal Mint

Tony Hetherington replies: You were caught between The Royal Mint and a hard place. How can you prove a crime has been committed? On the face of it, a failure to supply the gold coins you ordered is a breach of contract, not a crime. So with The Royal Mint insisting it did supply the coins, you have been left going round in circles. According to The Royal Mint, the gold coins were sent in a package to be delivered by courier company UPS. But because of Covid, UPS says it has stopped getting signatures when it makes deliveries. So does this mean the package containing £11,000 in gold might simply have been dumped on your doorstep?

UPS refused to say. Did someone from UPS demand that you sign for the delivery days later? Again, UPS refused to say. All it would tell me was this: ‘We have contacted and are working with the police as they investigate this shipment.’

At least this does mean that although the police would not deal with you, it has accepted a report from UPS, presumably because UPS does not deny it did have the gold coins and was responsible for their safe delivery.

So where does this leave The Royal Mint? I asked staff there whether UPS was aware the package was very valuable. I asked whether UPS was instructed to get a delivery signature.

Could £11,000 in gold have been left on your doorstep? The Royal Mint refused to say, except to tell me: ‘We have strict criteria in place for our delivery partners to ensure safe delivery of our products.’

And how about insurance? The Royal Mint said: ‘We have all relevant protection in place to provide customers with peace of mind.’ Well this was an epic failure, wasn’t it!

I let The Royal Mint know that its answers were cop-outs and not answers at all.

Finally, last Thursday, I was told: ‘Yes, we have all the relevant insurances for deliveries.’ And best of all, after playing a dead bat for days and days, The Royal Mint told me it was contacting you to say it would replace all the missing coins.

I resisted the temptation to ask whether another £11,000 in gold would be sent via UPS, but please let me know when the coins arrive – and whether you are asked to sign for them this time.

Why should we pay £510 for Southern Water’s mistake?

J.B. writes: We hope you can come to the rescue of two pensioners who have lost £510 due to the incompetence of Southern Water. It told us excess water was passing through our meter, probably due to a leak – and listened along the route of the pipe and said the leak was probably under our house.

We then employed an outside company to pinpoint the leak and it found that it was not under our house, but outside our property line.

Later, Southern Water dug up the pavement to carry out repairs, but it has failed to respond to repeated requests to pay the £510 charged by the outside company that traced its leak. 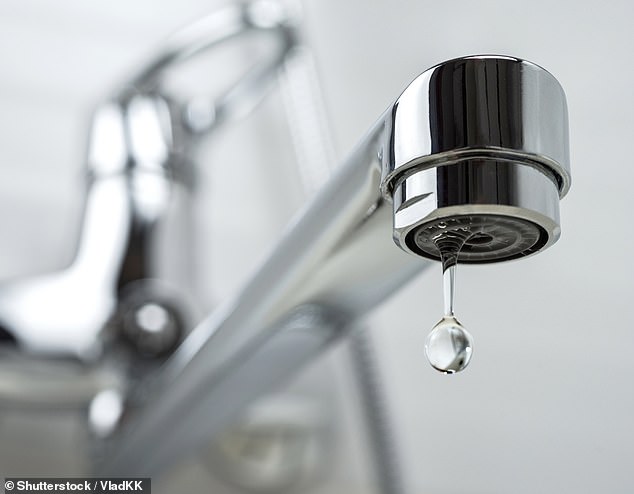 Drip feed: Two pensioners have lost £510 due to the incompetence of Southern Water

Tony Hetherington replies: I asked Southern Water whether its own engineers had wrongly pinpointed the leak, and if so, why you should be expected to pay for its mistake. A few days later, the water company called you to say that payment of the full £510 was on its way.

Southern Water told me: ‘We have apologised to Mr B. We wrongly identified this as a leak on his property.’ Southern Water has also reduced your water bill to make up for any of the leakage charged to you.

M.P. writes: We are having problems obtaining a refund of £4,300 that was paid for a holiday with Cruise & Maritime Voyages.

We tried to claim through the bank cards used for booking, but this failed too, so we applied to ABTA, which is where things stand.

Tony Hetherington replies: Like lots of travel customers, you have been sent from pillar to post during lockdowns. You booked through travel agents Althams, which explained it was in pretty much the same position as you. All the money had gone to Cruise & Maritime, which had collapsed, so Althams was limited to helping with a claim to ABTA.

Its staff, in turn, have been no more protected from Covid than anyone else, so lots have been working from home, which is less efficient. I asked your bank to comment, but before they could do so, ABTA pulled out all the stops and sent a full refund to your bank account, so it is a happy ending.