‘He’s almost certain’: Tony Mokbel is convinced Informer 3838 tipped off police when he fled to Greece – as it’s revealed the drug lord penned 35-page letter to royal commission before he was ‘stabbed in jailhouse attack’

Drug kingpin Tony Mokbel believes his former lawyer offered up crucial information that helped police catch him when he was on the run in Greece.

Drug trafficker Tony Mokbel, who sparked a 15-month long global manhunt in 2007 after he fled to Europe, is said to believe Informer 3838, who can’t be named for legal reasons, fed information to authorities that led to his arrest in Athens.

Mokbel is convinced the unnamed lawyer, who represented him from 2002 to 2012, leaked details of his location to police handlers after finding out his whereabouts from some of his associates.

‘He is almost certain of this. People she was in contact with knew where he was. She would have learned of his whereabouts through his ­intermediaries,’ a source close to Mokbel told The Herald Sun.

The underworld heavyweight wrote to the ­Office of Public Prosecutions claiming he was a victim of ‘corrupt prosecution’.

He also documented 500 questions for Informer 3838 to be asked by the royal commission investigating her alleged ‘unlawful conduct’.

But just one hour after he handed over the questions to representatives on Monday, Mokbel fell victim to an alleged brutal stabbing behind bars. 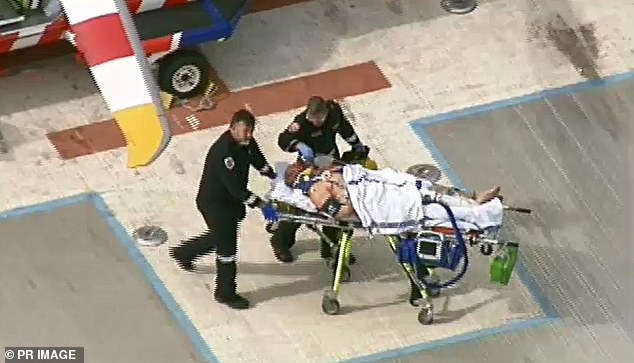 But just one hour after he handed over the 35-page letter on Monday, Mokbel (pictured being taken to hospital) fell victim to a brutal stabbing behind bars

There is no suggestion Informant 3838 had anything to do with the incident.

Mokbel’s representatives may not get the opportunity to put the allegations to Lawyer X as she may not be compelled to appear at the hearing, for reasons that have not been clarified, according to The Age.

A fellow drug dealer dubbed as ‘Human Source 3030’ is the informant that police credit for his capture and the person in receipt of the $1 million bounty on his head.

The informant is also believed to have helped police uncover computer downloads that revealed detailed information about Mokbel’s drug empire.

It’s not confirmed whether Human Source 3030 and Informer 3838 knew each other.

It’s reported that The Supreme Court has found ‘sufficient foundation’ for Mokbel to contest his conviction following his extradition due to details passed onto authorities by Informer 3838. 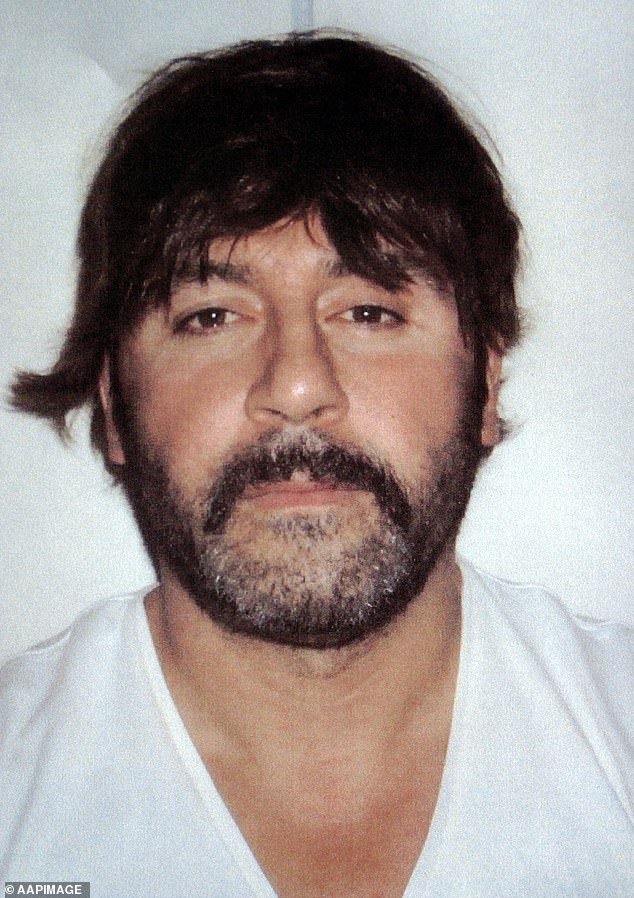 Mobkel was among 22 convicted criminals to find out two months ago they could have an chance at an appeal because of their connection and involvement with the informer.

The $7.5 million royal commission was announced in December last year, after the High Court and Victoria’s Court of Appeal publicly released decisions over Informer 3838.

The High Court labelled the lawyer’s actions an appalling breach of legal obligations and the conduct of Victoria Police as reprehensible and atrocious.

Part of the royal commission’s job is to determine how many cases were affected by information passed on by the informant, which ended in 2009.

Monday’s attack at the maximum-security Barwon prison allegedly involved the use of makeshift knives.

The incident occurred a day after a newspaper report that Mokbel intervened in a standover racket run by Pacific Islander inmates.

‘That’s a bit of a stretch to jump to gangland hit in that case. At this stage, the most likely theory is around inter-prison feuding,’ he told ABC radio on Thursday.