Mauricio Pochettino will give some of his academy starlets the chance to shine on the big stage when Tottenham face APOEL Nicosia at Wembley on Wednesday.

The Argentine boss is keen to rest a number of first-team stars after a gruelling November which saw his side pick up just one win in the Premier League.

Champions League progression has been made slightly more straightforward thanks to victories over Real Madrid and Borussia Dortmund, and with little at stake against the Cypriots, Pochettino is willing to give youth a chance.

He confirmed that both Kazaiah Sterling and Luke Amos will play some part in Spurs’ final game in Group H, while Dele Alli will also play some part.

Striker Sterling has yet to make his full debut for Tottenham but has earned his call up from the Under 23s after putting in a series of impressive displays in the UEFA Youth League against Borussia Dortmund and Real Madrid, scoring against both in his last two outings.

Amos meanwhile made the bench for the EFL Cup defeat to Liverpool last season at Anfield, and made his senior bow for Southend while on loan at the League One club in the second-half of the campaign, where he made three appearances. 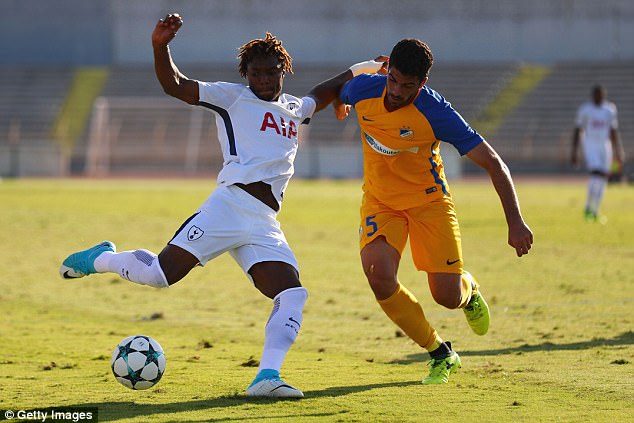 Mauricio Pochettino has also confirmed that Kazaiah Sterling, 19, will also be given a chance

Primarily a holding midfielder, Amos was also part of the Spurs squad that travelled to the Bernabeu earlier in the competition.

Pochettino’s reliance on youth is down to a dwindling first team squad that is becoming stretched by absences.

The Argentine confirmed that he will be without Toby Alderweireld for the clash with APOEL, while Victor Wanyama is also unavailable with a knee problem.

Erik Lamela also misses out despite his return to fitness, as he was not listed on Spurs’ A-list when submitting their European squad at the beginning of the campaign. 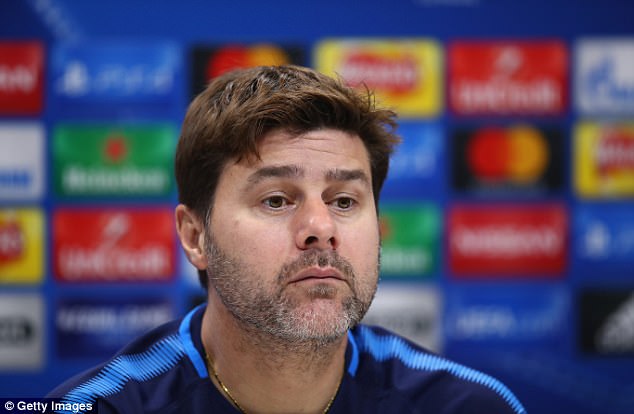