By Sam Cunningham for the Daily Mail

Tottenham are hopeful Harry Kane will be fit to face Real Madrid on Wednesday.

The striker was absent from Tottenham’s defeat by Manchester United at the weekend due to a hamstring injury and was badly missed by his team-mates and manager Mauricio Pochettino.

The club’s medical staff will err on the side of the caution due to the nature of the injury but are confident Kane is on course in his recovery. 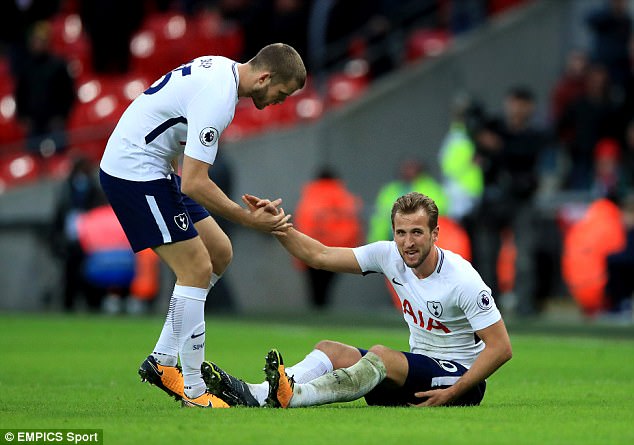 Pochettino has been forced to deny strongly that Tottenham are a one-man team who rely too heavily on the England forward this season.

Yet the 24-year-old has been missing from their last two matches and each ended in defeat, by West Ham in the EFL Cup and United last Saturday.

A win at Wembley against the La Liga giants could secure Tottenham a place in the knockout stages, should Borussia Dortmund and APOEL draw in their fixture.

In the previous match Spurs held Real Madrid to a surprise draw at the Bernabeu two weeks ago.

Kane, who has 17 goals in 16 appearances for club and country and is the leading scorer in the Premier League with eight so far, did not score in the match but his clever run forced Raphael Varane to divert a Serge Aurier cross into his own net, before Cristiano Ronaldo equalised. 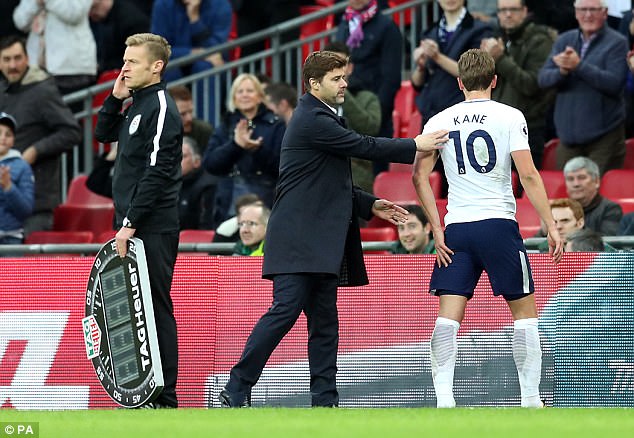