‘I couldn’t believe it was happening’: How a single mother with a baby boy is left owing $13,000 and living in temporary housing after being kicked out of her Mascot Towers apartment

A single mum has revealed what life is like living in temporary accommodation with her two-year-old baby boy after being kicked out of her Mascot Towers apartment.

Treacy Sheehan had just three hours to leave her apartment after the 132 unit high rise complex was discovered with cracks in it on June 14.

Ms Sheehan who owned a three-bedroom flat in the unit complex, said it was difficult to find temporary accommodation with her son and has doubts over whether she’ll be able to sell her $900,000 apartment.

‘I couldn’t quite believe it to be honest with you. The strata manager said get ready, start packing, we need to evacuate,’ Ms Sheehan told the ABC.

‘I thought “Oh this isn’t happening”.’

She said she moved around for two weeks after the mass evacuation, and said she couldn’t stay with anyone long term because of her child.

‘I was sort of roaming for two weeks. I have a two-year-old so it’s very difficult to stay with anyone long term with a two-year-old,’ Ms Sheehan said.

Ms Sheehan is separated from her partner Brian Tucker, but the pair still own a three bedroom apartment that they bought for $900,000 in 2014.

Mr Tucker is doubtful they will ever be able to sell the apartment after the value decreased so much after the cracks were discovered.

‘At the moment it would be basically impossible to sell. I don’t know. I guess it doesn’t really have a value at the moment because no one will buy it,’ Mr Tucker said.

As well as concerns over selling their property, Ms Sheehan and Mr Tucker are owing repair fees that they expect will continue to grow.

The current repairment bills are currently at $1million meaning Ms Sheehan and Mr Tucker will have to contribute $13,500 out of their own pockets. 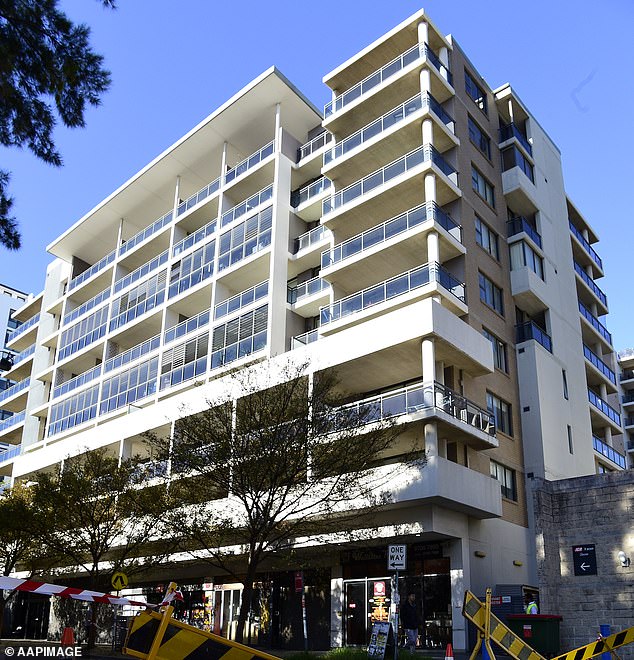 Ms Sheehan and her former partner Brian Tucker currently have to pay a $13,500 repairment fee that is expected to grow even higher for the Mascot Towers (pictured)

‘That’s only the first stage, the last meeting we had, they were talking about it being five of six million, so that’s going to be another five times that we have to come up with,’ Mr Tucker said.

One month after the evacuation, Ms Sheehan is living in a service apartment in a nearby suburb.

‘The department of fair trading has been fantastic and offered accommodation allowances, that’s been very helpful.’

In a statement given by NSW Minister for Better Regulation and Innovation, Kevin Anderson said up to three months of funding would be given to the residents who were evacuated.

‘The Government is providing residents and owners some certainty by helping them meet the cost of emergency accommodation until liability can be determined and these costs recovered,’ Mr Anderson said. 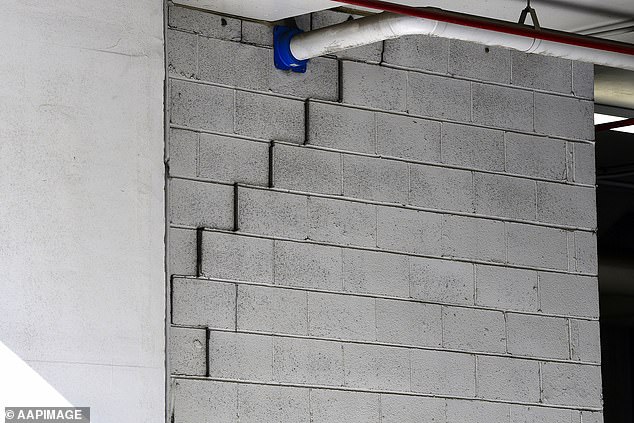