Mature trees could be less effective at removing carbon dioxide from the atmosphere than previously thought, suggesting Earth may be closer to climate tipping point

A new study shows that mature forests may absorb significantly less carbon dioxide than previously thought, suggesting that Earth may be closer to a climate change tipping point than previous models suggested.

Current climate change models estimate that mature trees should absorb around 12 percent of the carbon dioxide in the atmosphere and sequester it so that it doesn’t re-enter the ecosystem and contribute to warming.

To test how this estimate would hold up, Medlyn and her team built a suspended ring of tubes over the forest and pumped carbon dioxide down into the forest below.

What was surprising, however, was that the trees weren’t able to sequester the carbon dioxide they’d absorbed to keep it from re-entering the atmosphere.

‘Just as we expected, the trees took in about 12 percent more carbon under the enriched CO2 conditions,’ Medlyn told Eurekalert.

‘However, the trees did not grow any faster, prompting the question, “Where did the carbon go?”‘

Typically, plants and trees absorb carbon dioxide as part of the photosynthesis process, which stimulates growth.

But instead of growing, the mature eucalyptus seemed to simply be circulating carbon dioxide through the environment before it was eventually reintroduced back into the atmosphere.

‘The trees convert the absorbed carbon into sugars, but they can’t use those sugars to grow more, because they don’t have access to additional nutrients from the soil,’ Medlyn said.

‘Instead, they send the sugars below-ground where they “feed” soil microbes.’ 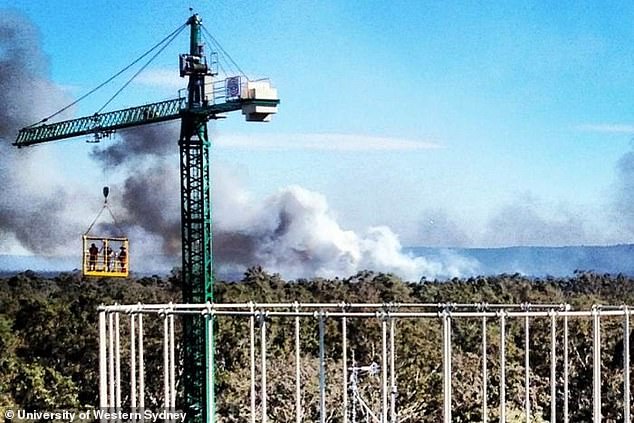 While the trees were able to absorb around 12 percent of the CO2, as expected, they were unable to hold onto the CO2 through sequestration. Eventually all of the CO2 the trees absorbed was reintroduced into the atmosphere through the soil or the trees themselves

According to the team, the trees passed around half of the carbon dioxide they absorbed onto the soil, where it was processed and then released back into the atmosphere through soil bacteria or small fungi on the forest floor.

The other half of the carbon dioxide was simply released again by the trees themselves.

One possible explanation for this could be the relatively poor health of the soil itself.

‘It doesn’t have a lot of nutrients in it,” Medlyn said.

“The plants need those nutrients to grow, so it seems what they’ve done when they’ve been given extra carbon is just to use that to go looking for extra nutrients.’ 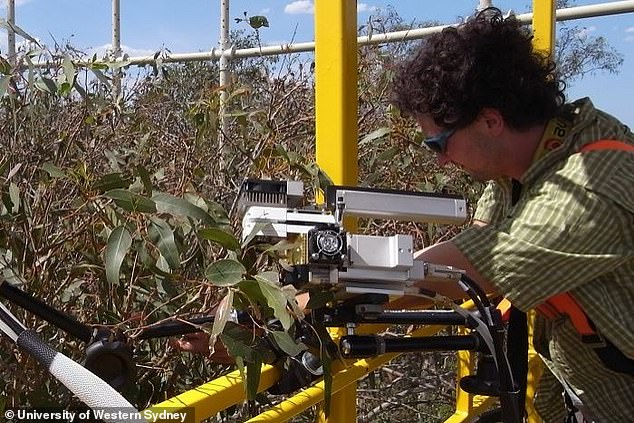 If mature forests have less ability to absorb carbon dioxide than those models had accounted for, our calculations for how to stay below that warming target could be off.

‘At the moment those global calculations assume that mature forests will store extra CO2 as concentrations go up, but our results are implying that mature forests can’t keep doing that into the future,’ Medlyn said in a separate interview with ABC News.