Two British children are stranded 11,000 miles away in New Zealand for Christmas

Two British children are stranded 11,000 miles away in New Zealand for Christmas after head-on holiday car crash killed their mother

Two British children face being stranded 11,000 miles away in New Zealand over Christmas after a head-on car crash killed their mother and left her wife severely injured.

Ben and Olivia Sargent, aged six and nine, were enjoying a dream holiday in New Zealand with their parents Kerry and Jules Sargent.

But while going for a night out for dinner with friends, Kerry, 42, from Gloucester, was tragically killed in a devastating road smash near Whangarei, north of Auckland, while Jules, 49, suffered life-threatening injuries.

The children, who were left hanging upside down in the wreckage of the overturned vehicle, have been left badly traumatised by the crash, but escaped serious physical injury.

Jules is battling to recover but is not well enough to return to Britain meaning the family is stranded in the country.

Ben and Olivia Sargent, aged six and nine, were enjoying a dream holiday in New Zealand with their mothers Kerry (left) and Jules Sargent (right). Tragedy struck when they were involved in a head-on collision which killed Kerry and left Jules seriously injured

Kerry, who was a front seat passenger in one of two vehicles that rolled in the crash on October 20, died at the scene. Another woman, Mary Peneamena, 65, from Auckland, was killed in the second vehicle.

Jules is undergoing gruelling physiotherapy before doctors can assess whether she is fit enough to take the children on their long journey home.

The two children, who were not seriously injured in the crash, now have to spend their Christmas in Whangarei and are to be schooled in New Zealand while their mother recuperates.

Grief-stricken Olivia and Ben are said to be ‘traumatised’ by the crash and are being cared for by friends, The Mirror reported.

Ben has told his mother he can’t remember the good times before the crash.

A GoFundMe page has been set up in a bid to raise £10,000 and help the family create some ‘magical moments that they can all look forward to’. 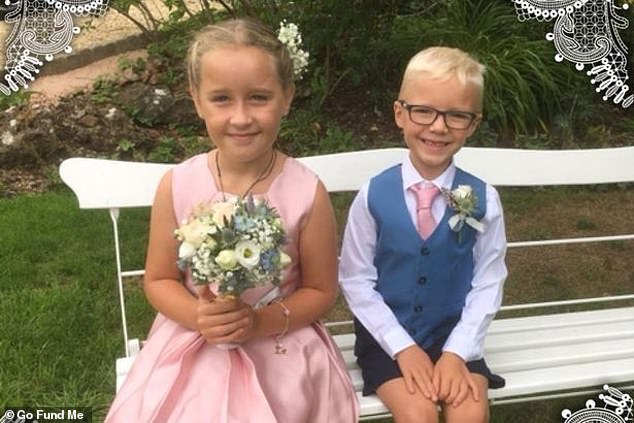 Olivia, nine, and Ben are said to be ‘traumatised’ by the incident

Family friend Alan York told the Mirror: ‘Currently, Jules is recuperating in New Zealand with the friends she went out to visit and will need a substantial period of recovery before the family can return to England.’

Jules broke her ribs, right leg and two vertebra, and her toes were dislocated.

Her left arm was also injured and she has an open wound to her left hip area which is also fractured.

It could take years for Jules to recover from her injuries, Gloucestershire Live reported. 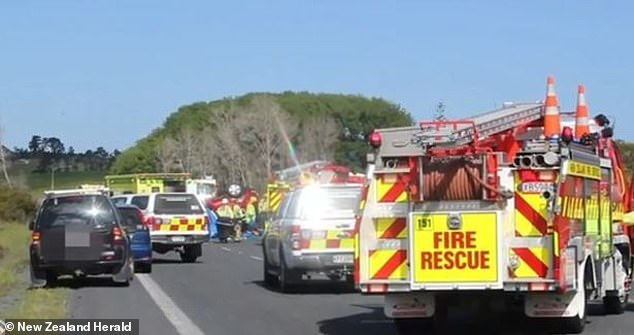 Speaking from hospital in New Zealand Jules said she was ‘so shocked when Alan first told her about the Magical Memories campaign.

She said: ‘I didn’t think people would respond in this way to our situation, but it is really comforting to know how much people care and want to help my children.’