‘What sort of a grub would do this?’ Two families are brought together after their beloved relatives’ ashes are stolen from crematorium

Two families are demanding answers after the ashes of their beloved relatives were stolen from a crematorium.

The ashes of Alan Timperley, 76, and Andrew Alford, 49, were mysteriously taken from Warrill Park Lawn Cemetery, south-west of Brisbane, on December 12.

The local families, who were unknown to each other, connected on Facebook after the disappearance of the urns in a bid to relocate their loved ones, Seven News reported.

‘We grieve once when they pass away and then you have to grieve again,’ Mr Timperley’s daughter Debra Naumann (pictured) said 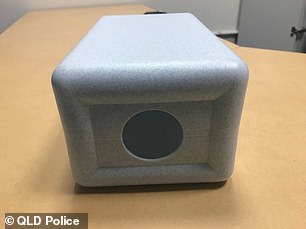 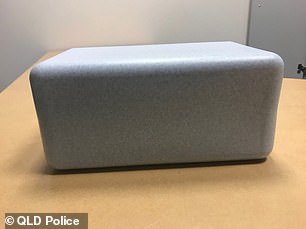 Police said the office at the crematorium was ransacked at about 3.30am and the two boxes of cremated ashes were taken (pictured: urns similar to the ones stolen)

‘We grieve once when they pass away and then you have to grieve again,’ Mr Timperley’s daughter Debra Naumann said.

Police said the office at the crematorium was ransacked at about 3.30am and the two boxes of cremated ashes were taken.

The shoe-box sized plastic containers were labelled with the men’s names taped to the top.

Mr Timperley’s ashes were going to be put next to his wives on the day they were stolen.

‘What sort of grub would do this? It’s of no value to anyone else other than the families,’ his daughter Renae Taylor said.

Mr Alford’s sister Alison Noon was teary as she pleaded to the camera, claiming she doesn’t care who stole the boxes or why they were taken but wants them to be returned to the families. 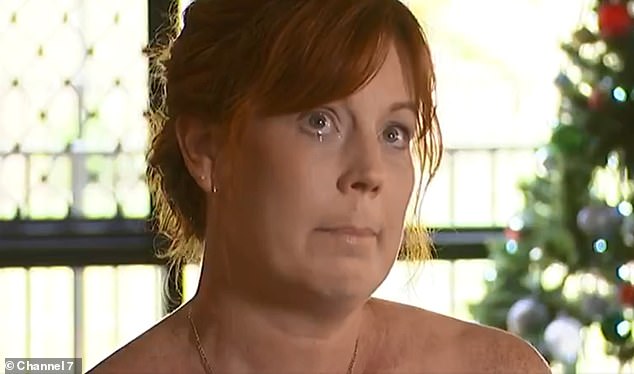 Alison Noon (pictured), sister of Andrew Alford, was teary as she pleaded to the camera 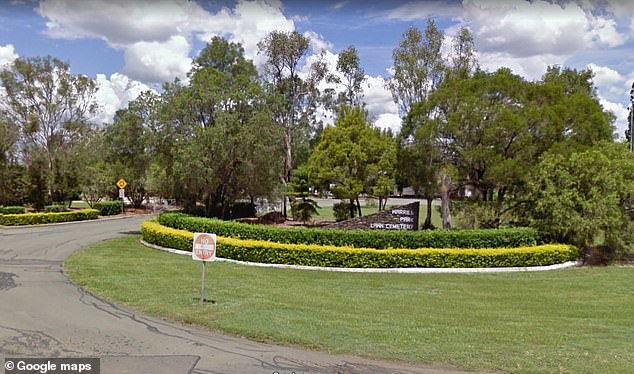 The ashes were mysteriously taken from Warrill Park Lawn Cemetery (pictured), south-west of Brisbane, on December 12

‘Not knowing where he is and not being able to place him safe and at peace is (sic)undescribable,’ she said.

Mr Alford’s mum Pam thinks the thieves were probably young people who had no idea where they were and what they were stealing.

Detective Inspector David Briese said they aren’t sure why the ashes were stolen.

‘It could have been they were looking for money or anything valuable, and it appears having not found anything they have then taken the two containers which were sitting on a shelf,’ he told reporters after break-in.

‘Thinking, possibly, they contained different property than what they did.’

Police are appealing for the safe return of the ashes and urge anyone with information to come forward.