Two Saudi sisters are trapped in Hong Kong after fleeing from the Kingdom and going on the run across the globe in the hope of a new life in Australia.

The pair, aged 18 and 20, from the Saudi capital, Riyadh, waited until they were on a family holiday in Sri Lanka before making a daring escape in the middle of the night.

But the women, who have  adopted the aliases Reem and Rawan, were only able to complete the first leg of their journey before they were stopped at Hong Kong airport.

Officials took their passports and ‘tried to deceive’ them into boarding a flight back to Saudi Arabia in an incident the women’s lawyer has described as attempted kidnap.

Rather than comply, the pair fled once again and have been hiding in Hong Kong for five months, fearing they will be forced to return to Saudi Arabia where they say they could face severe punishment or even death.

It is the latest case of women fleeing the ultra-conservative country and comes just weeks after 18-year-old Saudi Rahaf Mohammed captured global attention by barricading herself in an airport hotel room in Bangkok. 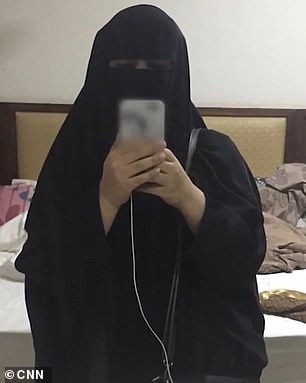 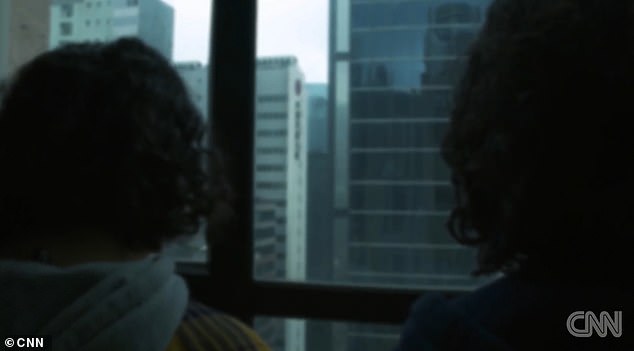 The pair (pictured), aged 18 and 20, from the Saudi capital, Riyadh, waited until they were on a family holiday in Sri Lanka before making a daring escape in the middle of the night. They are now hiding  in Hong Kong after being intercepted at the city’s airport

Reem, 20, told CNN that in her homeland her brother would beat her for laughing with her sister while Rawan feared that she was due to be forced into a marriage to her younger cousin.

She said she feared repercussions if she ever told her family she had renounced Islam.

‘I knew If I told my family they will hurt me and I’ll be killed. Because that what we studied in schools, that whoever left Islam should be killed.

‘I knew no one will protect me because all my family are so religious and none of them will support me. I was afraid of them finding out.’

They had planned their escape for two years but had to wait until Rawan turned 18, when she could finally apply for an Australian tourist visa.

On September 6, on the last night of their family holiday in Sri Lanka, they waited until the middle of the night before ditching their abayas, putting on jeans and sneaking into their parents’ room while they were asleep to reclaim they passports. 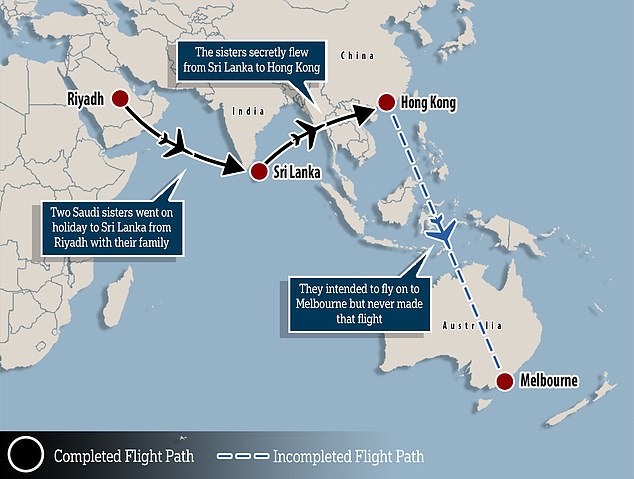 They had no problems reaching the airport in a pre-booked taxi and were able to purchase flights they had researched meticulously in advance.

But on reaching Hong Kong, where they were due for a short stop-over, they were approached as they disembarked.

Two officials asked for their passports and boarding passes before cancelling their onward flights to Melbourne at the ‘explicit request’ of the Saudi Consulate and booked them onto alternative flights to Riyadh, reported CNN, which says its request for a comment from the consulate has gone unanswered.

Fearing they would be sent back home, they made the decision to flee once again and after reclaiming their passports were able to leave the terminal as visitors and travel by train to the city.

Their lawyer Michael Vidler alleges that the women were essentially ‘the subject of an attempted kidnapping in an international airport in a restricted area’. 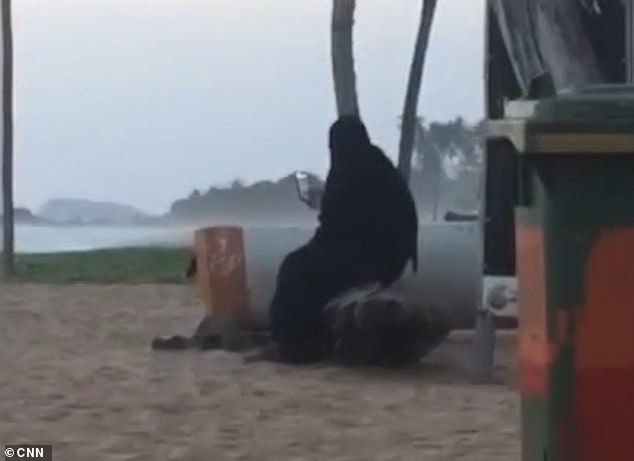 According to the lawyer’s statement, they were intercepted during their stopover by unknown men who took their passports and ‘attempted to deceive the sisters’ into boarding a flight back to Saudi Arabia.

They later learned one of the men was Saudi Arabia’s consul general in Hong Kong, and that their onward flight booking had been cancelled, it added.

Days later, their father and uncle arrived in the city and police tracked the women down to a hotel before bringing them in to custody.

But they refused to see their male relatives and fled for a third time when they were taken back to their hotel.

Since then, they have been forced to change locations 13 times to avoid being found and returned to their homeland.

They have not asked for asylum in Hong Kong fearing a potentially lengthy claim process and have appealed – through their lawyer – for a visa in a ‘safe’ country.

‘We fled our home to ensure our safety. We hope that we can be given asylum in a country which recognises women’s rights and treats them as equals,’ the pair said. 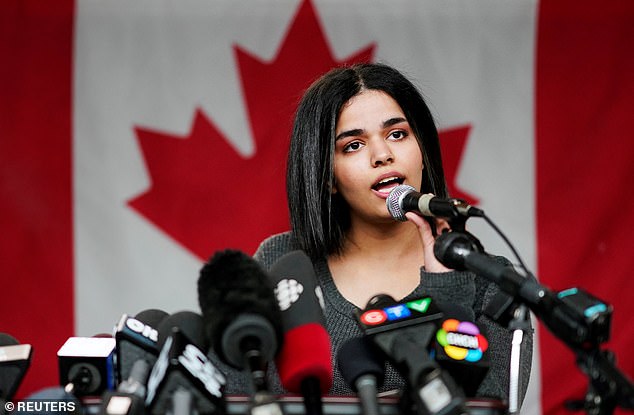 Their story has emerged just weeks after another Saudi teenager, Rahaf Mohammed (pictured), captured global attention by barricading herself in an airport hotel room in Bangkok

‘We dream of being in a safe place where we can be normal young women, free from violence and oppression,’ the sisters said.

They tweeted Thursday, using the account @hksisters6, to say their passports had been invalidated and they feared being forced to go to the Saudi consulate in Hong Kong.

‘We do not want to face the same fate as Mr Jamal Khashoggi,’ they wrote, referring to the prominent journalist and critic of Saudi Crown Prince Mohammed bin Salman who was murdered at the kingdom’s consulate in Istanbul.

Hong Kong police told AFP the case is under investigation and confirmed they received a missing person report and a separate report made by ‘two expatriate women’ in September.

Their story has emerged just weeks after another Saudi teenager, Rahaf Mohammed, captured global attention by barricading herself in an airport hotel room in Bangkok.

The 18-year-old did so in a bid to avoid being sent home to her family, saying she feared for her life. Her family has denied abuse.

After being handed over to the UN refugee agency, she was able to resettle to Canada.