Uber charged a passenger £606 for a 10-mile journey after a driver dropped him off before going on a 423-mile trip lasting five hours.

Rich Phillips, 27, ordered a cab from a festival to a pub for a short ride that usually takes 28 minutes, but was staggered when he woke up the next day to find the bumper fee on his account.

He instantly complained to Uber and explained he was not in the car but enjoying a night out with friends, even providing time-stamped CCTV footage from the pub to prove this. Yet, shockingly, the ride-hailing company still refused to refund him. 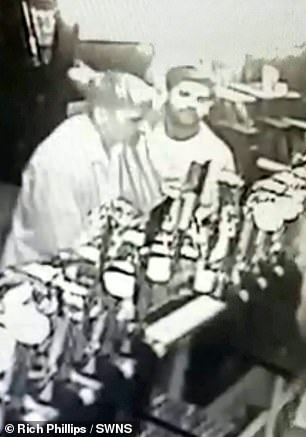 Rich Phillips, 27, (left) contacted Uber with a CCTV grab (right) to prove he had been at the pub rather in the car, but they still refused to refund him 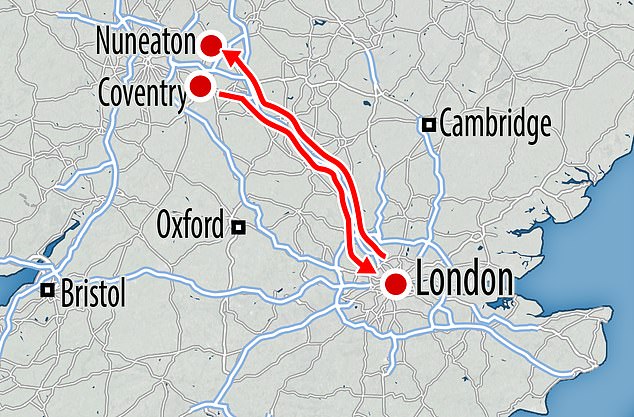 Uber claimed a passenger was still in the car and ‘all riders must be responsible for their own account activity’. The company later relented when approached for comment.

Mr Phillips’ app showed he had driven from Coventry to London and then to Nuneaton in Warwickshire – a trip lasting four hours and 42 minutes. It appears the driver forgot to press a button to bring an end to the journey.

The corporate partnerships manager, from Coventry, West Midlands, said: ‘I was in complete shock when I saw the charge to my bank account from Uber, especially since I was only in the car for about ten minutes.

‘We were in The Ivy House bar all night and had a great time but to wake up to a charge for £606 for a trip from Coventry to London to Nuneaton was just horrendous.

‘I thought when the bar gave me the CCTV footage showing us in the bar at the time of the trip that Uber would listen to me but they’re didn’t want to see the footage and now are just refusing to help.

‘£606 is a lot of money and I can’t believe they’ve been so unreasonable. I’ll never use Uber again after this.’

Mr Phillips had enjoyed a day out at Coombe Weekender festival with his fiancée, brother and a friend when he ordered an Uber on August 3 last year.

His app shows he ordered the car at 10.04pm from Coombe Abbey, Coventry to Gregory Hood Road, also in the city – but it was cancelled by the Uber driver due to crowds. 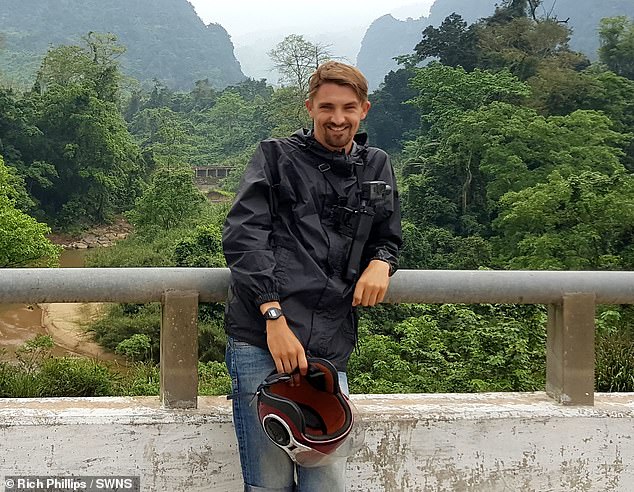 The corporate partnerships manager, from Coventry, West Midlands, said: ‘I was in complete shock when I saw the charge to my bank account from Uber’

The group walked for a few minutes before ordering another Uber at 10.14pm from Gates to The Ivy House.

The 10.4 mile journey usually takes 28 minutes, according to Google Maps.

The vehicle made one scheduled stop enroute to drop off his brother before continuing to The Ivy House where everyone else got out.

CCTV footage shows Mr Phillips’ dressed in a white t-shirt and pale green chinos enjoying drinks in The Ivy House bar with friends between 10.58pm and 3.28am.

But during that time period, Uber said the driver claimed there was a passenger still in the car – which continued the journey to Frimley in Surrey.

The trip was then updated to include a final destination of St Davids Way, Nuneaton – a retail park containing a Holiday Inn hotel, where the journey ended at 3.09am.

The journey ended up spanning 243.75 miles and lasting four hours and 42 minutes.

Due to him booking the trip at a busy time, a surcharge of 1.8 was added to the cost of the journey, leaving Mr Phillips to be charged £606.22 for the ride.

Uber told Mr Phillips they would not be refunding him as they believe it was a legitimate trip taken by him. 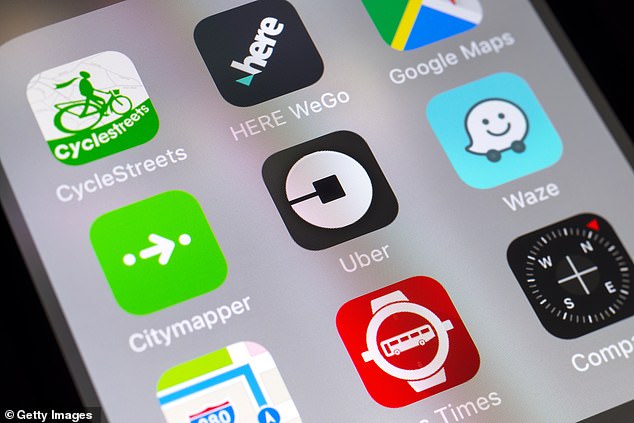 An Uber spokesman said: ‘We are always happy to review a trip if there are concerns about the route taken, and provide a fare adjustment where appropriate’

In messages from Uber on the app, Uber said: ‘The trip was requested from the device associated with your account, and we see no illegitimate logins from any other device prior to the trip taking place.

‘To further understand what may have happened, we reached out to the partner driver who advised there was more than one passenger in the vehicle and the passengers requested multiple stops along the way.

‘We are sorry to hear that it appears someone else may have taken your trip request.

‘Unfortunately Rich, all riders must be responsible for their own account activity.’

‘We hope you can understand that we will be unable to make any adjustments to the fare in this instance, as your journey was completed from pick-up to drop-off.

‘This leads us to believe this is a legitimate trip taken by you. Your partner-driver needs to be fairly compensated for their time on the road.’

An Uber spokesman said: ‘We are always happy to review a trip if there are concerns about the route taken, and provide a fare adjustment where appropriate.

‘In this case, we apologise that we did not meet our usual high standards of customer care, and the customer has been fully refunded for the trip.’

MailOnline has asked Uber to clarify what caused the app to continue charging Mr Phillips after he had left the car.