The charity in charge of dealing with higher education applications is still promoting private loan companies to university students, despite criticism of the practice just five months ago.

This firm provides loans with a representative APR of 15.9 per cent that could see young people paying back almost double what they’d borrowed.

But despite being criticised for the adverts, which saw it cautioned by the Charity Commission and investigated by universities trade body University UK, UCAS is still sending out emails promoting the company.

The only differences five months on appear to be disclaimers telling students to ‘check their eligibility for government funded tuition fee and maintenance loans before they consider alternative sources of funding’ and that UCAS ‘does not endorse promotional information from any organisation’.

They are also publicising the loan provider’s representative APR, which appears to have risen to a higher 22.8 per cent.

The latest email from UCAS – familiar to many as the first stop for university applications – was sent out last week and published on social media platform Twitter by student money website Save the Student.

‘Adding a “disclaimer” encouraging students to look for money elsewhere does not make this okay. UCAS is considered to be a trusted organisation by students across the UK and should not be abusing its position by partnering or working with a commercial loan company.’ 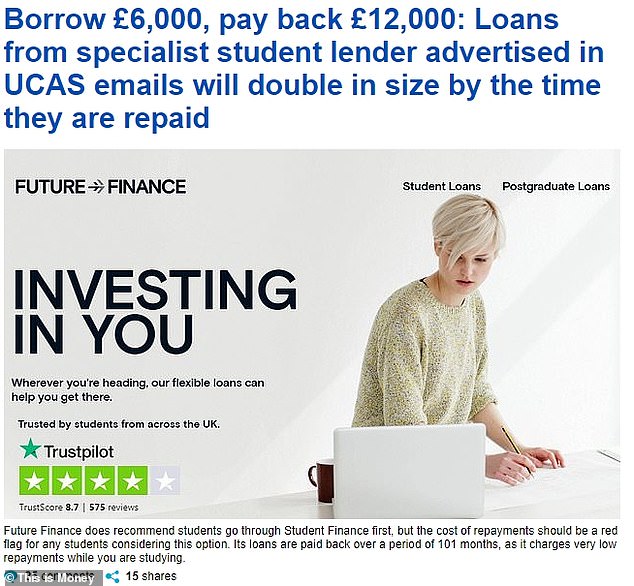 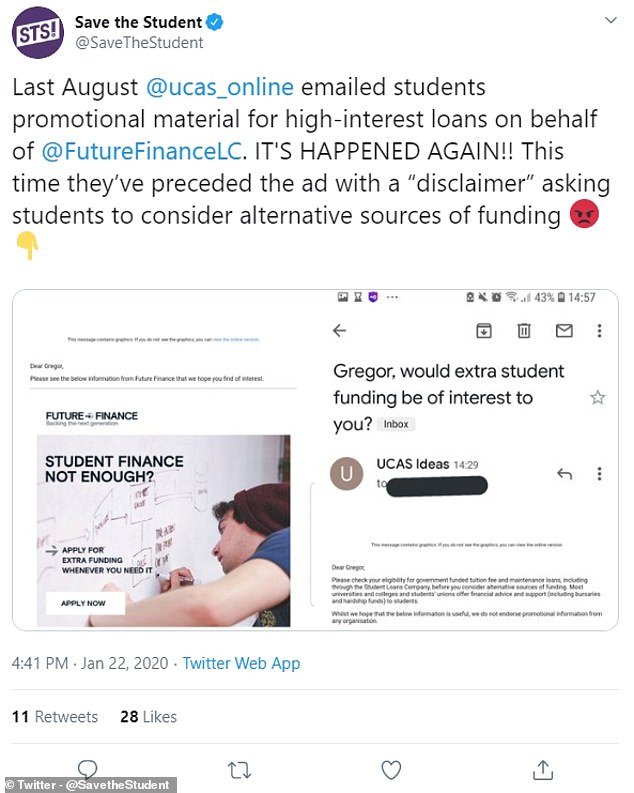 Student money website Save the Student reported last week that UCAS was still sending out emails advertising Future Finance, despite criticism of the practice last year

How much does Future Finance cost?

Future Finance’s loans are likely most commonly marketed at postgraduate students who cannot get government funded tuition, but it also states they can be used for ‘cost of living expenses’.

The subject line of the email posted on Twitter asks the recipient: ‘Would extra student funding be of interest to you’, and the advert describes Future Finance as ‘private student funding to cover your living expenses’.

While Future Finance charges very low repayments while students are studying, this is a very different structure to Student Loans Company tuition fee and maintenance loans, which are only paid back once graduates begin earning enough. 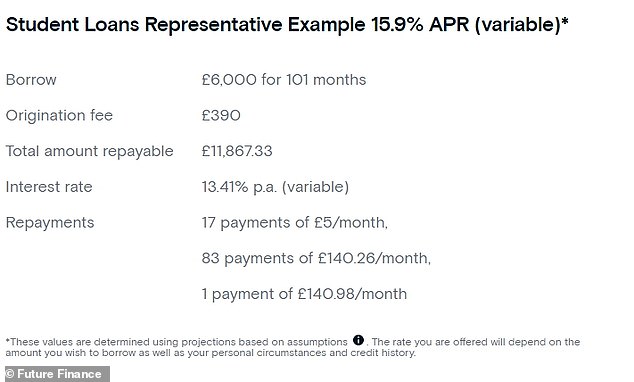 Last summer Future Finance advertised its representative APR as 15.9%. Someone who borrowed £6,000 would pay back almost double

5 months on it appears to have raised its interest rates, meaning someone who borrowed £5,000 would pay back 273% of what they borrowed

According to Future Finance’s representative example, borrowers would make 24 payments of £5 a month while studying, then 83 monthly payments of £161.58, and one final payment of £159.99.

When This is Money looked into Future Finance after adverts for it began appearing at the end of last summer, the company told us: ‘Spreading repayments over the period of seven to 10 years after graduation allows for smaller monthly payments in the future, however students are allowed to repay the loans early without any penalties to reduce the total cost of credit.

‘Future Finance are considered a reliable source of funding by Higher Education institutes and partner institutions across the UK.’

However, the perceived promotion of the company in emails from UCAS, a registered charity, sparked a furious backlash online.

The regulator the Charity Commission told the website MoneySavingExpert it had ‘contacted UCAS to remind them of their obligations towards their charity.

‘It is now for the trustees to consider our guidance and how they manage their obligations in the best interests of their charity.

‘More generally, charities hold important positions of trust in society, so it is vital that any relationships with non-charitable organisations are clear to those the charity is set up to help.’ 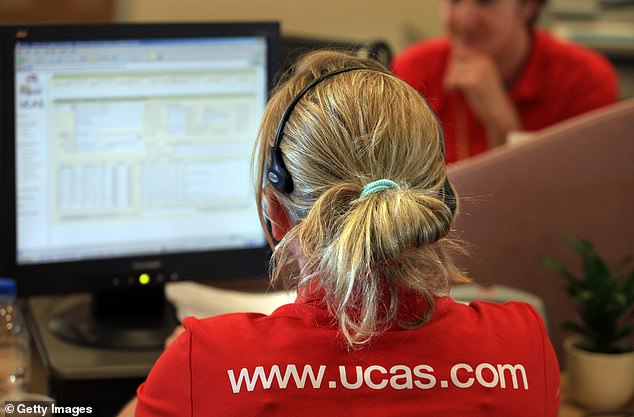 UCAS, which runs the application service for UK universities and colleges, was cautioned by the Charity Commission after complaints raised about its advertising of private loan providers

What did UCAS say?

When This is Money asked UCAS about why it was still sending out emails featuring adverts for Future Finance, it said in a statement: ‘We have recently reviewed how we work with Financial Conduct Authority-approved private loans companies, such as Future Finance.’

It said it had made the differences between Student Loans Company finance and private loans ‘more explicit’, highlighted private providers’ APRs, reviewed which groups may consider private loans and targeted its emails accordingly, and advised all students to use government funding first.

It added: ‘All of this will be reviewed again by our new advisory group which we are in the process of appointing.

‘The purpose of that group will be to further develop our capability to determine the types of organisations we work with.

‘We also foresee it will help us establish a set of principles to build on our current framework which guides us.

‘At every stage of the application journey we offer students up-to-date budgeting and financial information.

‘Student funding options will continue to evolve and it is our responsibility to help students understand and navigate all of their choices.

‘As a registered charity UCAS depends on almost half of its income from UCAS media’s campaigns, keeping application fees low.

‘For these reasons we believe our approach to be pragmatic and will continue to work on improving all our services for students.’