British patients left waiting for months for crucial NHS operations are increasingly travelling to France, where they can get them done for free in days.

Serge Orlov, a 62-year-old from Deal, Kent, is among scores of people taking advantage of a little publicised arrangement with the main hospital in Calais.

He was at the French port town on Saturday, where he will receive vital knee surgery in a few days. 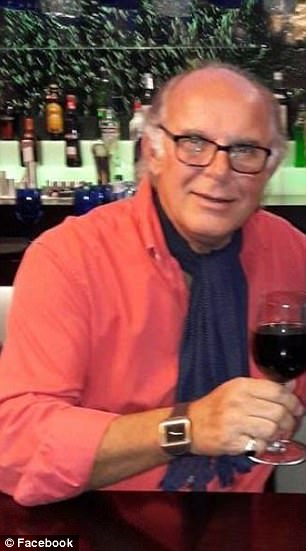 British patients – including Serge Orlov, pictured – left waiting for months for crucial NHS operations are increasingly travelling to France, where they can get them done for free in days

Mr Orlov is one of around 140 UK nationals who have approached the French hospital over the past two weeks.

It follows a 2015 agreement between the South Kent Coast Clinical Commissioning Group (CCG), which covers Deal, Sandwich and Dover, and the French.

Under the terms of the partnership, NHS patients who need routine surgery are allowed to be seen in Calais, where there are zero waiting lists.

The hospital has even installed signs in English, and redesigned its website to help prospective patients in the UK.

There was a slow take up from Britain to begin with, mainly because of a lack of publicity, but now the response is huge.

Mr Orlov described his NHS saga in the UK as ‘an obstacle course’, and said the France made everything far easier.

Describing what happened in England, Mr Orlov said: ‘At no time did the doctors and surgeons tell me that I had the option of coming to France for treatment in a much shorter time.

‘That’s the main point of this whole story: during these seven months you wait, you suffer physically and mentally. 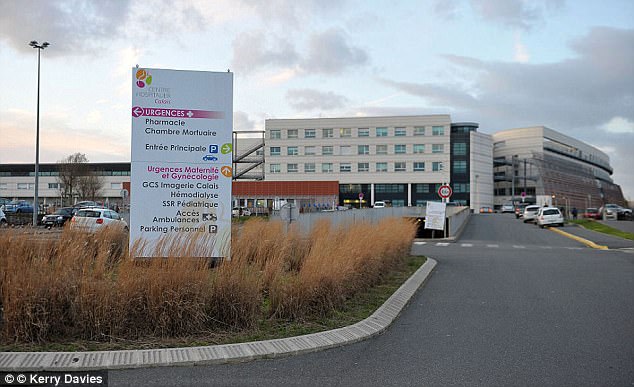 ‘I was very sporty before and I can’t do anything anymore. I need to have both knees replaced.’

After months of anguish, including being put 47th on a list of 97 patients waiting, Mr Orlov was told about the Calais option earlier this month.

He said: ‘I was told that I was the 15th English patient to get treatment in Calais. It’s the best-kept secret. I was never told about this option. Why didn’t I hear anything?’

Speaking to French media, Mr Orlov said: ‘That’s why I let myself be filmed and interviewed, I want to help other English patients, so they know they have this option.

Mr Orlov, whose knee surgery is now scheduled for February 7, said: ‘I’m very happy and a little stressed that it’s going so fast.’

Martin Trelcat, the manager of the Calais hospital, said last summer: ‘We signed the agreement in January 2016 and planned to welcome around 100 patients in two years and within four years, 400 patients.

‘Instead we saw one last year and one this year. We have done everything to welcome NHS patients with a high standard of care.

‘Patients can be seen next week if they want to be. Appointments are based around patient availability. We are ready to take them now.’

The French health service regularly receives accolades for being among the best in the world.

It is not known if the Calais partnership will continue after Brexit.