This may be the coolest electric fan you’ve ever seen.

The single-bladed device can create vivid 3D holographic animation once it’s on.

The model, produced by a company in China, became popular after a demonstration video of the handheld device was uploaded on social media and sparked interests worldwide.

According to a report stated on Sina.com, the 3D hologram display was invented by Zhou Quan and few of his fellow graduates from the Southeast University in Nanjing, east China.

Zhou told the reporter that they had set up a company called DSeeLab, where they came up with an idea of a revolving screen with hologram displays.

The product has become a trending discussion after footage of a westerner showing the screen emerged on Instagram.

The video was posted under the account of ‘Big Screen Video’ on September 28.

The account apparently belongs to an LED screen and signage company in Australia.

Its workers had made a trip to China and brought back a strip of LED made by Zhou’s company that ‘worked like a fan’. 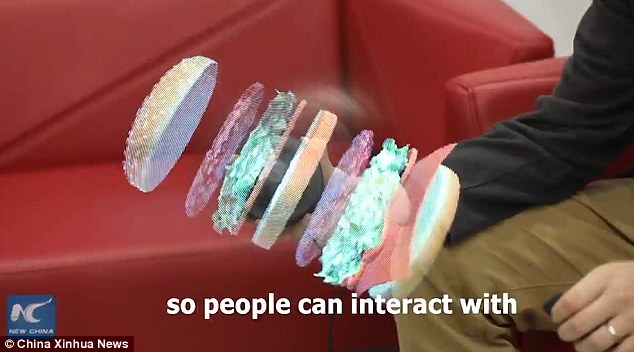 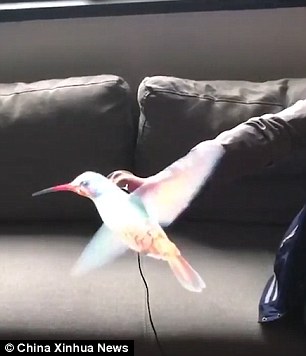 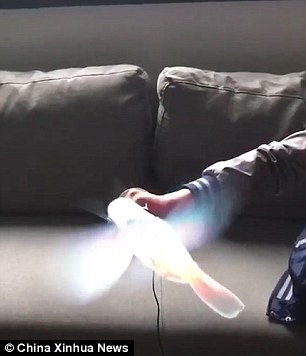 Pictured showing an animated kingfisher flapping its wings. The 3D hologram display used the same motors as in drones, to give out more long-lasting battery. 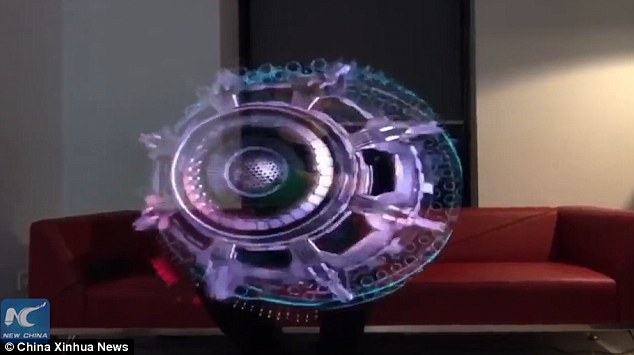 Animation of a shape-changing object and the installation of a mini engine were created after the hand-held fan started spinning.

The 3D hologram display had won a second runner-up in a joint university entrepreneur contest in China.

In an interview with Jinlin Evening Newspaper, Zhou explained that the motors used in the fan are same as the one used in drones.

‘The battery can last longer and withstand the power of the high spinning speed of LED screen in order to create a 3D hologram,’ Zhou said.

Zhou’s company, DSee.Lab, has successfully filed three patents in China and claimed the technology is 100 per cent made in China. 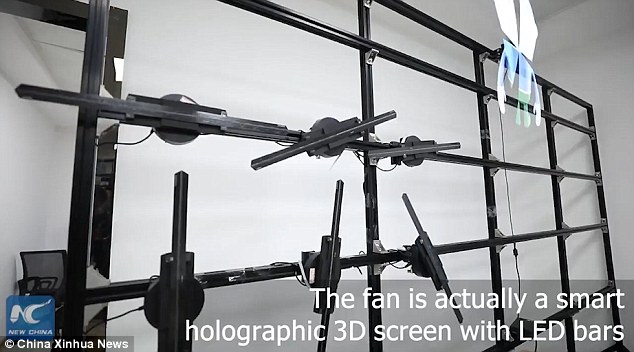 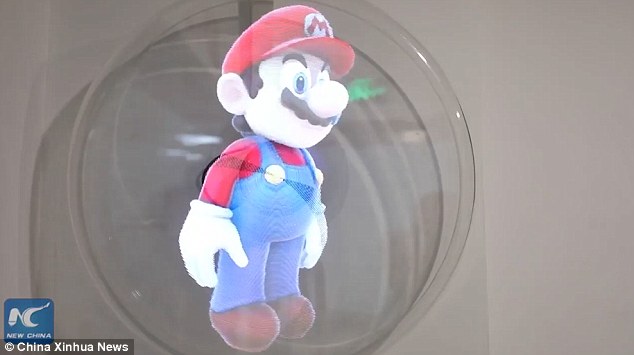 DSeeLab filed three patents for the product, ensuring it’s designed in China and made in China

They targeted their customers in areas of advertising and marketing.

‘Companies like Mercedes-Benz and BMW had already shown their interests in the product. We have also introduced our products in foreign markets such as Turkey, Australia, America, Italy and more, but it’s not available on Taobao yet,’ said SunJian, Zhou’s colleague.

Independent retailers on eBay are selling the fan at £453 and another website, Wish.com, is selling it at £597.

Though a lot of viewers have shown their interests in buying the product, some viewers don’t find it spectacular. 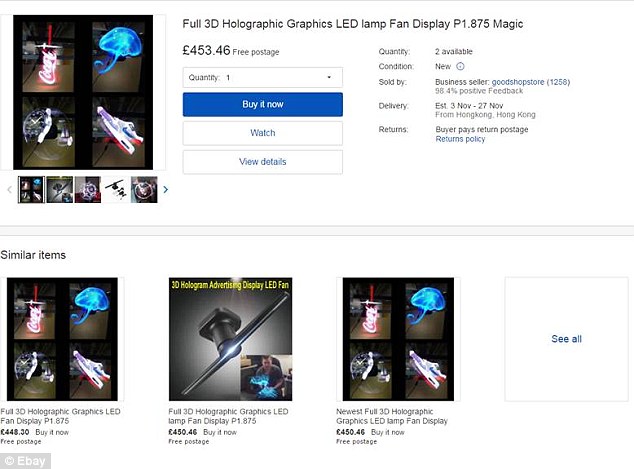 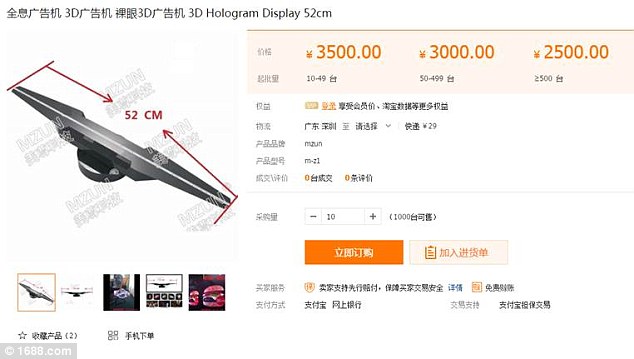 Though DSeeLab claimed they had not put it on Chinese shopping sites, similar products can be seen selling on Alibaba

‘It’s just a very high-speed fan that makes a picture move, simple as that, isn’t it?’ asked web user ‘corvus’.

Another web user worried that it could be dangerous that the blades spin without any protection.

‘It could potentially cut into people’s eyes,’ said ‘archfiend’.

The product is meant for commercial use, however, it does not mention any safety requirements or age restrictions to potential buyers.