A University of Illinois college student who left a noose inside a campus residence hall elevator has been let off a felony hate crime charge and fined just $75 because he had no history of racial prejudice.

Sophomore Andrew M. Smith, 20, had been charged with felony hate crime for the incident in September, but his charge was downgraded to misdemeanour disorderly conduct before sentencing yesterday.

He will have to attend a year of court supervision, 50 hours of community service and pay a $75 fine.

University of Illinois sophomore Andrew M. Smith, 19, of Normal, Illinois has been charged with misdemeanour disorderly conduct for hanging a noose in a campus elevator 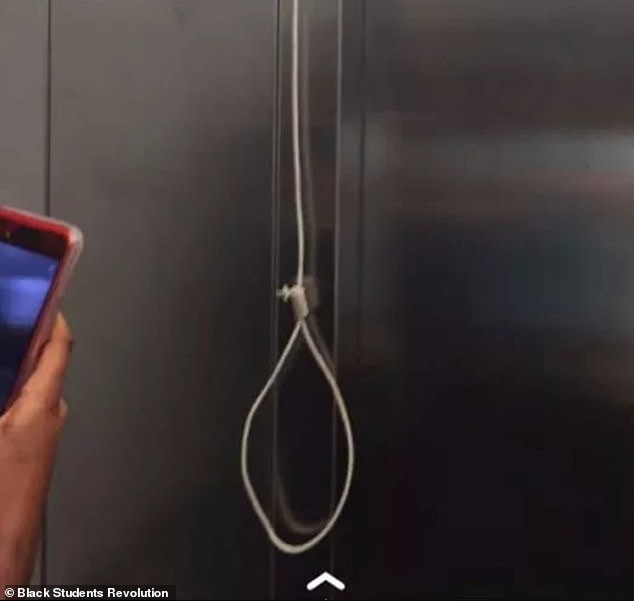 Campus staffers at U of I’s Allen hall dormitory in Urbana, Illinois told police they found the noose hanging in a public elevator around 1am on a Sunday morning last September

She added that investigating police said Smith had ‘no history of racial prejudice.’

Smith pleaded guilty yesterday to the single crime of disorderly conduct, with the felony and three other misdemeanour charges wiped in exchange for his guilty plea.

The three other charges were from victims who said they were ‘alarmed and disturbed’ by seeing the string-made noose hanging in the elevator.

Should the 20-year-old complete his sentence without getting in to more trouble, he will avoid a criminal record.

Rietz said she spoke to one of the victims in Smith’s case who agreed with the severity of the sentence.

At the time, Smith said he hung the noose after hearing reports of the Allen Hall building on Urbana campus being haunted.

He said it was a coincidence that the noose was also a racial hate symbol and that he hadn’t thought about it much before tying it. 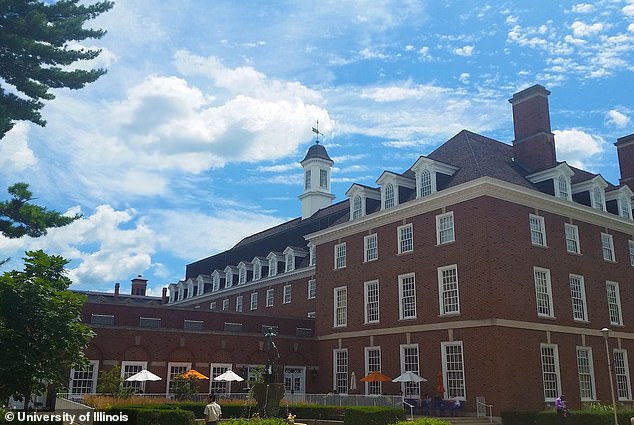 Champaign County Assistant State’s Attorney Kristin Alferink told the court in September that Smith confessed to the crime when he was arrested.

He told university police he ‘only spent about 30 seconds thinking about his actions,’ according to CBS 42.

In September, University Police Chief Craig Stone said the campus does not ‘tolerate incidents that are perceived by others to be a threat to their safety.’

‘We will always respond quickly to identify offenders and hold them accountable for those actions,’ he added, noting that the investigation is ongoing.

In their complaint, the plaintiffs said university staff members called them ‘n*gger,’ ‘monkey,’ ‘lazy,’ and ‘Aunt Jemima,’ adding that black employees, ‘were exposed to threats of racial violence, such as nooses, swastikas, KKK garb, racist graffiti and confederate flags,’ according to the Daily Illini campus newspaper.

The suit also accused the school’s Office for Access and Equity of being ‘rife with internal racial harassment.’

‘Any hope that the University has to stamp out discrimination on their campus is hamstrung by the fact that the unit they have tasked with enforcing that discrimination law is itself saturated with racism,’ attorney Jesse Centrella said on her client’s behalf.

Smith’s defense attorney, Audrey Thompson declined to comment on her client’s alleged actions during arraignment proceedings, but noted Smith had earned enough credits to graduate as a sophomore this year and has a 3.79 GPA.

University spokeswoman Robin Kaler said Smith is a mathematics major who enrolled on campus in the fall of 2018.