Diving into the past: Urban explorers sneak inside an abandoned naval submarine – and even take a snooze on the crew’s narrow bunks

A team of urban explorers visited an abandoned submarine, spending 12 hours inside – and even cheekily had a nap in the vessel’s narrow bunks.

Claustrophobic footage shows Dutch urban explorer Bob Thissen, 33, and his team entering the craft, which remains moored at a naval base in Lisbon after being abandoned by Portugal’s navy for nearly 14 years.

After climbing down the access hatch in the middle of the night, they tread slowly among the electro-mechanical entrails of the vessel – named Delfim (‘dolphin’ in Portuguese).

They stop to gaze at oil and pressure gauges, log books, sirens, and a dust-caked table upon which sits a scroll of paper and cables.

At one point, they even find a drawer containing draughts and chess pieces, along with the code-breaking game Mastermind.

While exploring a submarine, abandoned by Portugal’s navy in 2005, urban explorer Bob Thissen, 33, and a friend found the torpedo bay and even had a snooze 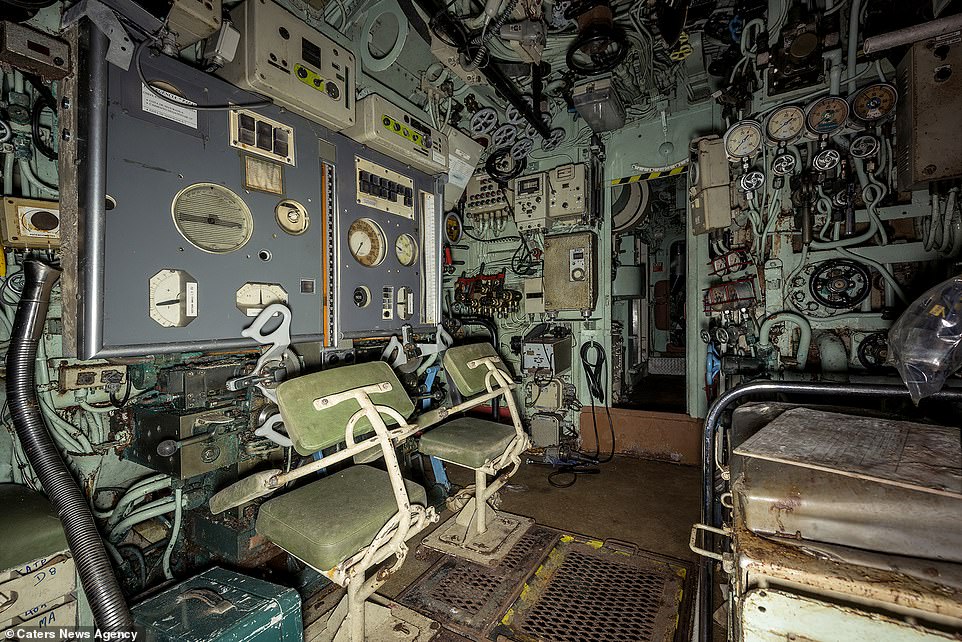 Mr Thissen, from Holland, and his team spent 12 hours wandering around the vessel, named Delfim – ‘dolphin’ in Portuguese. The vessel first served in the navy in 1969 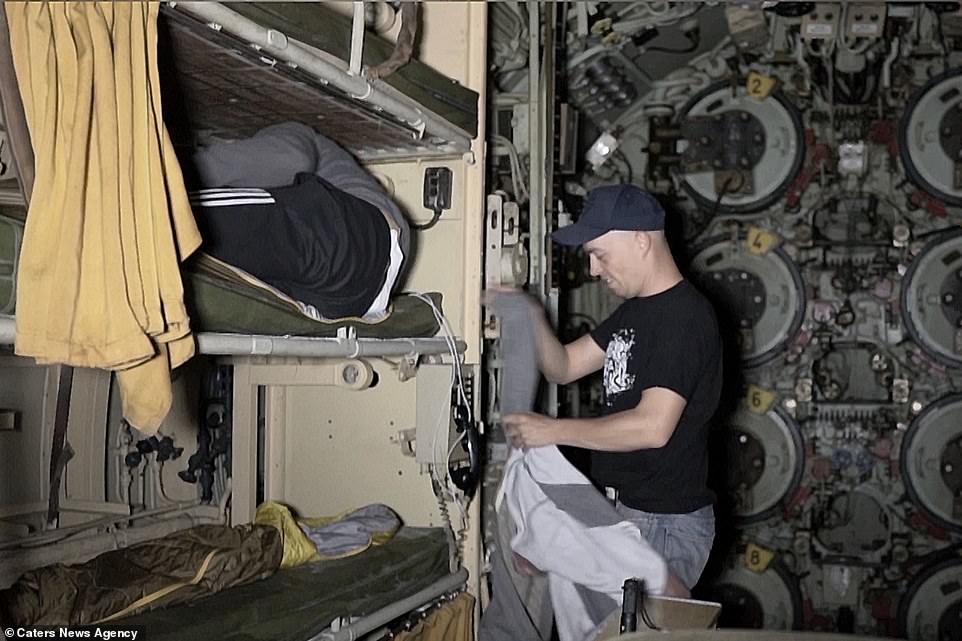 Mr Thissen (pictured) prepares to bed down for the night in the 57.78 metre-long sub, which once carried a crew of around 50 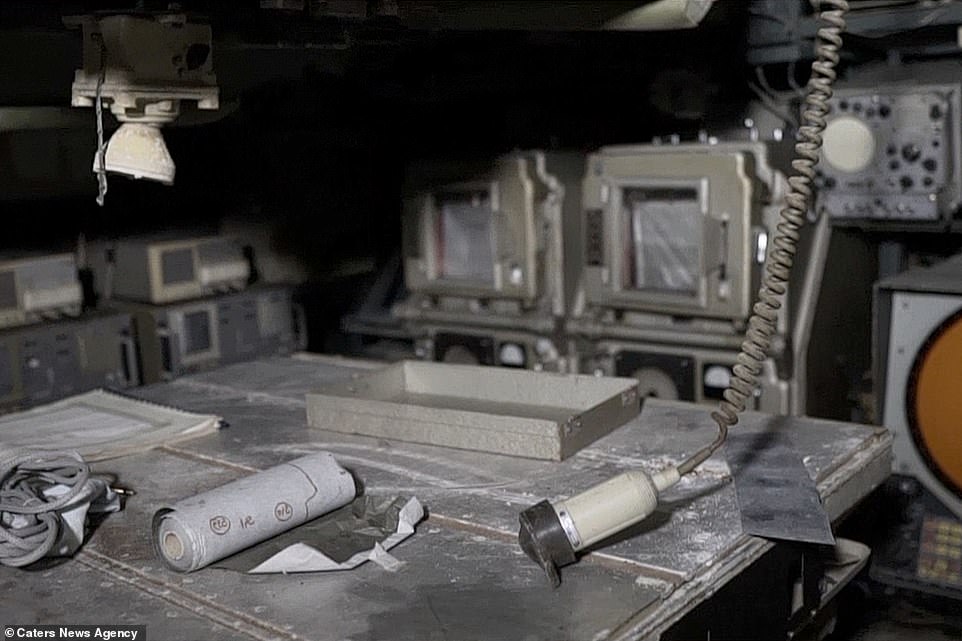 Despite approval from the local council being given in 2006 to turn the vessel into a museum, it remains moored at docks near Lisbon 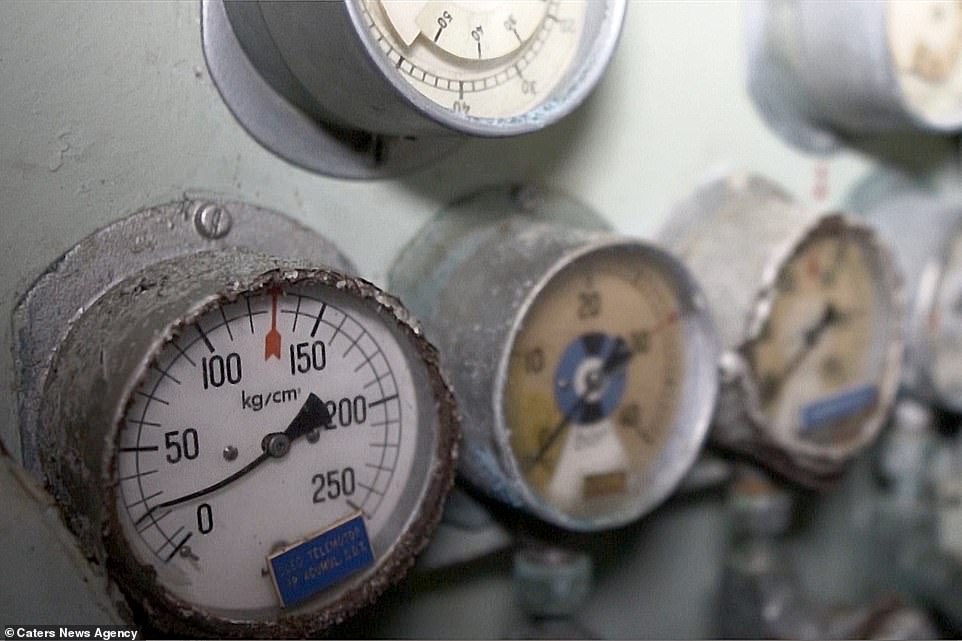 Mr Thissen was fascinated by what he discovered. ‘It was crazy to find it so intact; everything had been left there. You could just start it again and it would probably work,’ he said

The explorers are also clearly thrilled to find the torpedo bay hatches – along with its accompanying bunk beds.

Mr Thissen and his friend decide to have a snooze in them, with the clip ending with them both turning off their torches.

Although it was based on the French Daphne class, it was known in Portugal as the Albacora class – and was one of four of its type which formed the 4th submarine flotilla.

In 1964, Portugal’s government ordered the vessels to be built at the Dubigeòn-Normándie shipyard, in France.

Equipped with 12 torpedo tubes, the 57.78metre-long subs operated out of the naval base at Lisbon.

The Delfim was retired at the end of 2005 and its weapons system was dismantled.

Despite approval being given in 2006 to turn the vessel into a museum, it remains moored – and abandoned – at docks near Lisbon.

‘I found out about this submarine on some pictures online and I decided to visit it,’ said Mr Thissen.

He continued: ‘It is docked near a naval base, so we had to watch out not to get seen.

‘It was crazy to find it so intact; everything had been left there.

‘You could just start it again and it would probably work.

‘Every inch of the submarine is busy with equipment and it’s very narrow inside.

‘We also slept in it, and we imagined what it would feel like sleeping in there when bombs are dropping all around you.’

Exploring an abandoned sub is nothing new to Mr Thissen.

Early last year, he and fellow urban explorers visited a 1950s’ Soviet submarine which had been left to rot in a dock for over a decade.

He paddled out to take a peek inside the vessel, built by the Russians during the Cold War and that now lies unwanted in Amsterdam waters.

Inside, the Foxtrot B80 submarine serves as a time-capsule, with its quarters and narrow crammed corridors preserved but rust-ridden and dusty, from its long spate of inactivity. 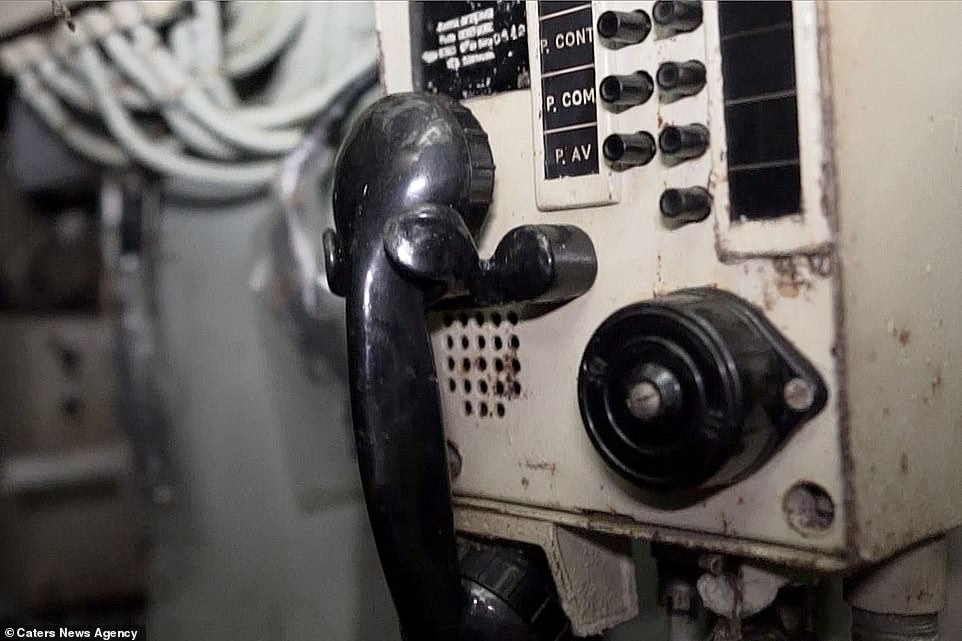 The vessel was based on the French Daphne class but in Portugal, it was known as the Albacora class. It was one of four vessels to comprise the 4th submarine flotilla 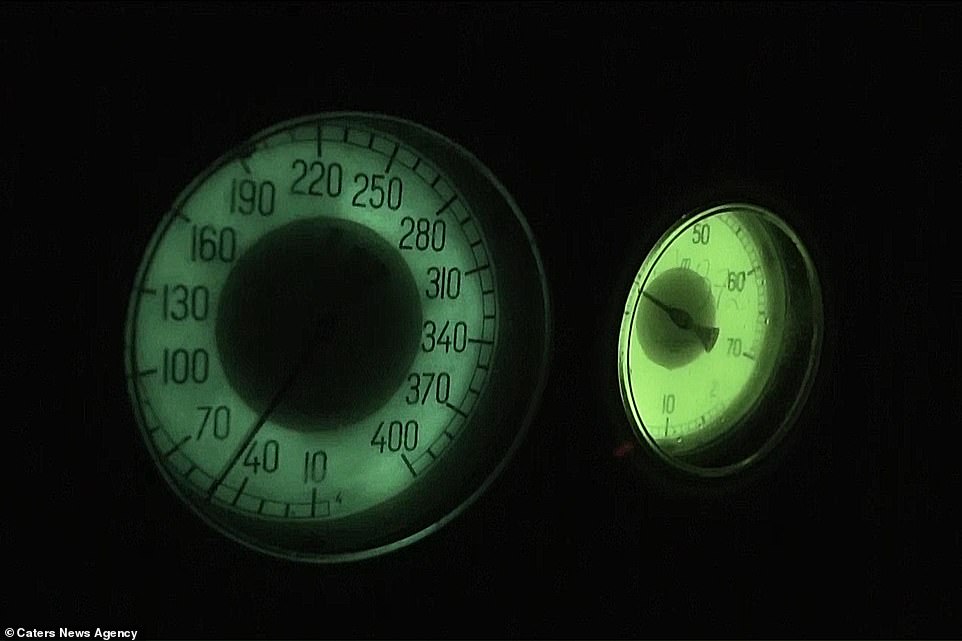 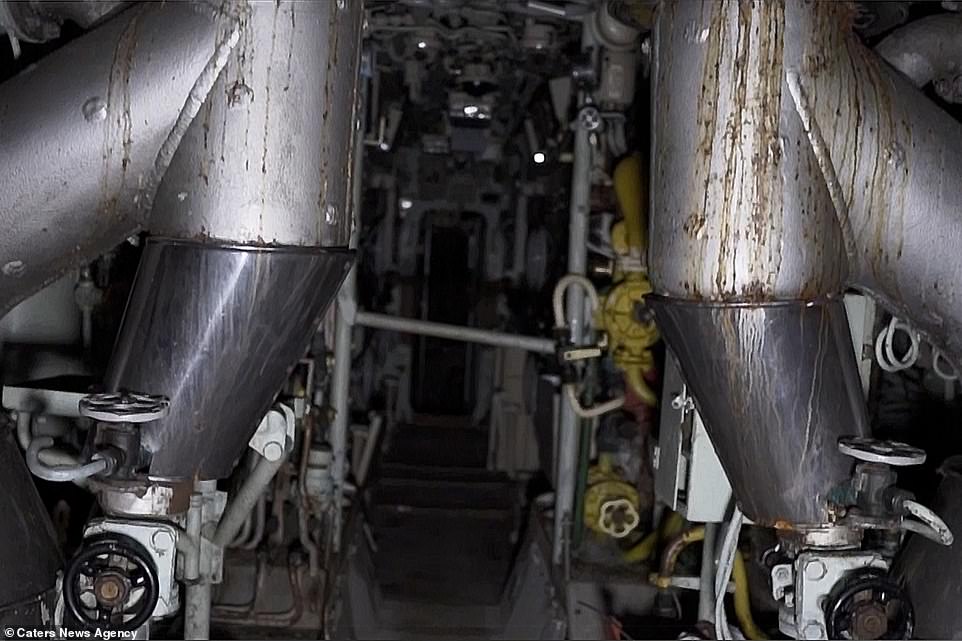 The urban explorers wended their way along the narrow, claustrophobic chambers of pipework and pressure gauges