Rep. Marjorie Taylor Greene WINS re-election despite being outspent by her Democratic opponent

By Morgan Phillips, Politics Reporter For Dailymail.Com In Atlanta, Georgia

Greene’s win comes as no surprise – three-fourths of voters in the mostly blue collar rural 14th district went for Donald Trump in the 2020 election.

Last week Greene suggested on Twitter it was ‘impossible’ for her to lose the election.

‘I mean it’s impossible so they might as well pile up that $15 million and pour lighter fluid on it and set it on fire,’ she wrote. 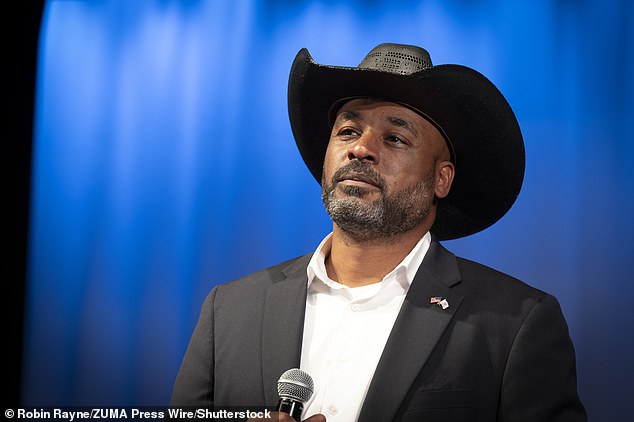 Greene, the 48-year-old right-wing provocateur, has established a national brand for herself by peddling conspiracy theories, and pushing the envelope with outlandish claims and promises to ‘impeach Joe Biden.’

This week GOP Leader Kevin McCarthy promised to give Greene back her committee assignments after Democrats booted her in 2021 for spreading conspiracy theories and liking a Facebook post that called for the execution of House Speaker Nancy Pelosi.

‘She’s duly elected by her district and has a right to serve,’ McCarthy told CNN.

Last month Greene warned the MAGA base was going to be ‘very unhappy’ if McCarthy doesn’t ‘give me a lot of power.’

Greene, who has advocated to cease U.S. aid to Ukraine, said at a rally with Trump in Iowa this week: ‘The only border they [Democrats] care about is Ukraine. Not America’s southern border. Under Republicans, not another penny will go to Ukraine. Our country comes first.’

McCarthy previously called Greene’s comparison of Covid-19 mask mandates to the Holocaust ‘appalling,’ and Senate GOP Leader Mitch McConnell called her a ‘cancer’ to the party.

But more recently the firebrand congresswoman has come back into the fold.  Greene accompanied McCarthy on a border trip in August and sat just behind him at a Pennsylvania event where Republicans unveiled their policy agenda.

Greene has said she wants to sit on the House Oversight Committee where she could play a key role in GOP-led investigations.