Members of the all-white Virginia Tech women’s lacrosse team have come under fire after a Snapchat video surfaced showing them singing a rap song with the n word in the lyrics.

The 13-second clip, which went viral on social media, shows several of the players on a team bus singing the lyrics to Freaky Friday, a song by rappers Lil Dicky and Chris Brown.

The footage shows the players on a bus that was driving back home to Blacksburg following a win over Elon University in Burlington, North Carolina this past Saturday.

After one of the players uploaded the clip to Snapchat, it was shared by a social media user who disseminated it on Twitter.

The person who shared it on Twitter said that the player believed to have uploaded the video to Snapchat contacted them and asked that the video be deleted, according to Deadspin. 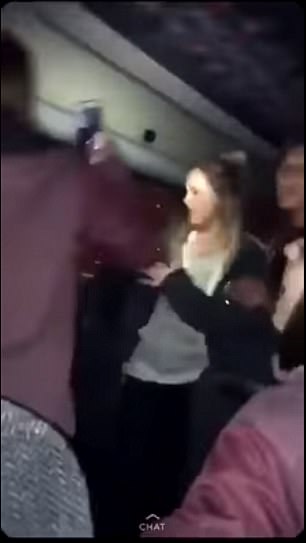 The player told the Twitter user that she also deleted most of her social media account ‘for my safety.’

‘Hi, I ask that you do not disclose what I am about to say to you because I am still so hurt and ashamed of this situation,’ the player wrote in a direct message to the Twitter user.

‘As the girl with her name attached to this video, I PLEASE ask you to take it down.

‘I deleted most of my social media accounts for my safety.

‘This video really was out of innocence of us having fun and singing along to a song. 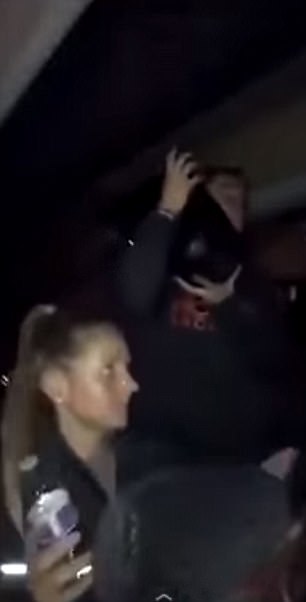 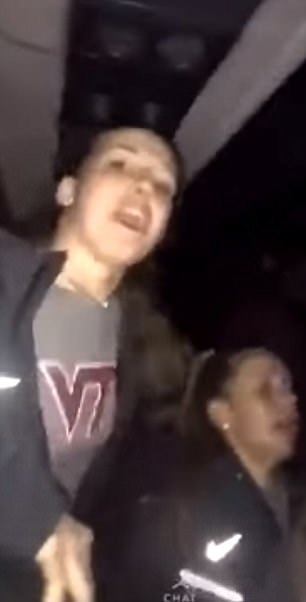 The 13-second clip, which went viral on social media, shows several of the players on a team bus singing the lyrics to Freaky Friday, a song by rappers Lil Dicky and Chris Brown

‘I honestly did not even realize that word was in my video or else I would have never put it on Snapchat.

‘I also in no way meant for this video to go public of my teammates, since their faces are in it and that is an invasion of their privacy.

‘A friend took this video from me (I never have any intention of any of my snapchats going public), and he put it on social media and asked the world to basically roast us.

‘My team is ashamed of what we did, and I have realized how wrong it was for my teammates to be singing along to that song.

‘I have two African American adopted cousins in the athletic world, and I would never do anything to hurt them or anyone else.

‘This video does not align with who and what I am.

‘I know that does not make anything right though.

‘That word should not be said, ever, and if it is, certainly not by people like us, or be posted.

‘The word will not stop until the people make it stop.

‘This post was hurtful to us and to others and we definitely learned our lesson, and will hopefully promote change from it (at least I know that I will).

‘However, it does invade my privacy and my safety and I ask of you to please take it down!’ 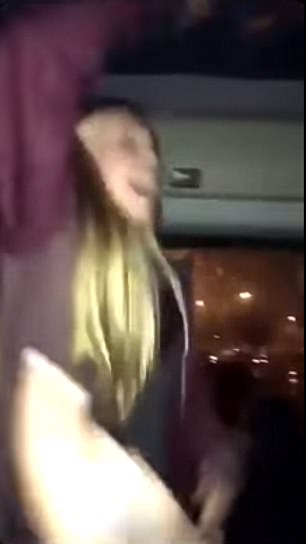 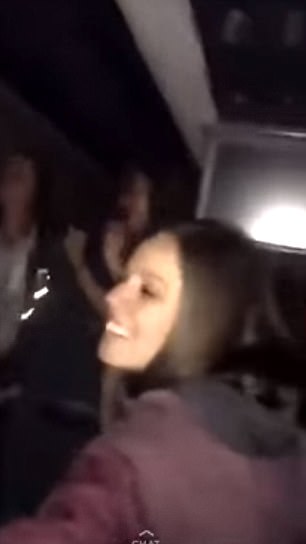 The footage shows the players on a bus that was driving back home to Blacksburg following a win over Elon University in Burlington, North Carolina this past Saturday

The player continues to write to the Twitter user, pleading with them to delete the video ‘for me and for my safety.’

‘It really hurts when that friend did not come to me in person about the situation and talk to me about it and how they felt,’ she writes.

‘It hurts even more when it is taken to social media, which is not always the best route to take.

‘I have already received so many random followers, and looks in person, I really just don’t want it getting any worse, so if you could please remove this video you really would be doing something great for me and for my safety!’

The player sent two more direct messages to the Twitter user asking for the video to be deleted.

Although the players are seen in the video repeatedly singing the racial slur, their coach says there was no intent to harm or offend.

‘This is a teachable moment,’ coach John Sung told The Roanoke Times. 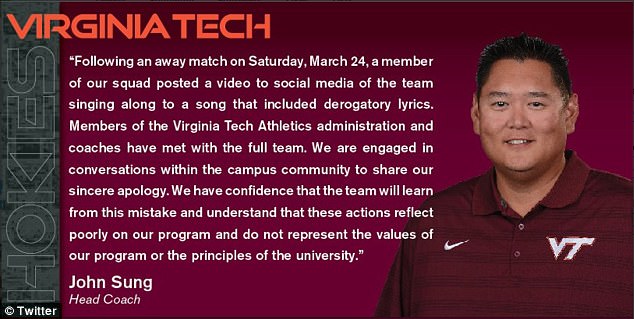 Although the players are seen in the video repeatedly singing the racial slur, their coach, John Sung, says there was no intent to harm or offend

‘It’s not something that we’re proud of. The team is very apologetic and sorry.’

On Monday, Sung released a statement saying that the video posted to social media showed ‘the team singing along to a song that included derogatory lyrics.’

‘There was no malice involved,’ Sung told the Times.

‘They just thought that they were singing along to a song.

The Hokies women’s lacrosse team is considered one of the top in the country. They are currently ranked 17th in the NCAA Division I. 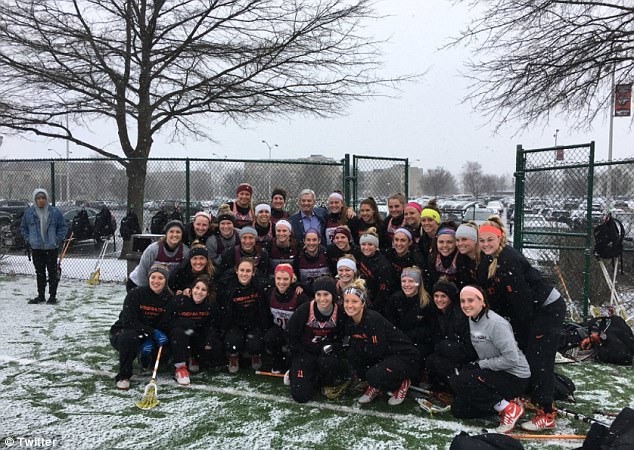 The Hokies women’s lacrosse team is considered one of the top in the country. They are currently ranked 17th in the NCAA Division I

So far this season, the Hokies have amassed a record of 9-3. This Wednesday, they are due to play No. 5-ranked North Carolina at Chapel Hill.

‘This isn’t something that we sweep under the rug.

‘The team is extremely sorry. They’re trying to make it right.

Sung, who noted that he is also a minority since his parents immigrated to the United States from Korea, said it was still too early to determine what punishment – if any – would be forthcoming.

‘We are engaged in conversations with the campus community to share our sincere apology,’ Sung said.

‘We have confidence that the team will learn from this mistake and understand that these actions reflect poorly on our program and do not represent the values of our program or the principles of the university.’