A mother-of-three’s family holiday was ruined after she claimed a beautician left her with ‘Angry Birds’ eyebrows.

Colline Rees had shelled out £3,000 on the week-long break to Tenerife.

She then nipped in to Get Nailed salon in her home town of Llanelli, south Wales, to get the treatment done the day before she and husband Julian and their three boys Bailey, 18, Morgan, 15 and Ashton, 12 flew out. 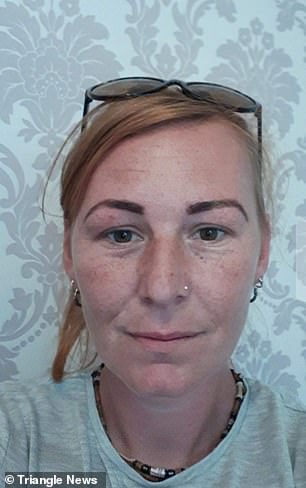 Mother-of-three Colline Rees’s family holiday was ruined after she claimed a beautician left her with ‘Angry Birds’ eyebrows. Ms Rees had shelled out £3,000 on the week-long break to Tenerife

But the 37-year-old says she was left with the botched brows which left her too embarrassed to pose in family holiday snaps.

She was also unable to go swimming because she couldn’t get her eyebrows wet.

‘I didn’t know whether to laugh or cry,’ a horrified Ms Rees said.

‘All my close friends and family were saying I look like something out of the Angry Birds game.’

Ms Rees added: ‘We had been really looking forward to it because we always just go on holiday in Wales.

‘We were so excited to be able to fly somewhere new.’

She said: ‘If someone else looked like that, you’d do a double take.

‘I was devastated, it stopped me from enjoying the holiday.

‘I tried to do my best for the children to put on a brave face but I had to sit back and let everyone else have fun without me.

‘We have to work hard to go on holiday and it was just destroyed.’ 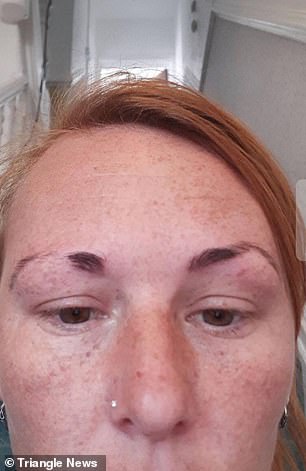 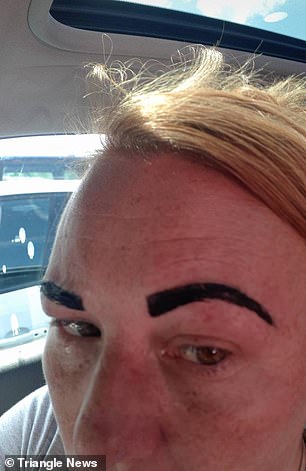 A trainee beautician at Get Nailed in Ms Rees’s home town of Llanelli, South Wales, needed to put some pencil in her brows after the wax but when she looked in the mirror half her eyebrow was missing. Another beautician stepped in but when Ms Rees sat up for a second time to look, she said it looked like two thick black slugs had been drawn above her eyes

Ms Rees regularly got her brows done at Get Nailed.

She suffered from alopecia as a teenager and is still affected now, with her hair growing back slower than normal.

To boost her confidence, she has an eyebrow wax.

She said the beautician who normally treated her eyebrows was busy so a young trainee did them.

After the treatment she said the trainee needed to put some pencil in her eyebrows.

To her horror Ms Rees then sat up, looked in the mirror and saw most of her left eyebrow was missing.

‘I was mortified, absolutely horrified,’ she said.

‘I said to the girl ‘Are you kidding me, is this a joke?’

She claimed that the worker told her she was sorry and she had messed up. 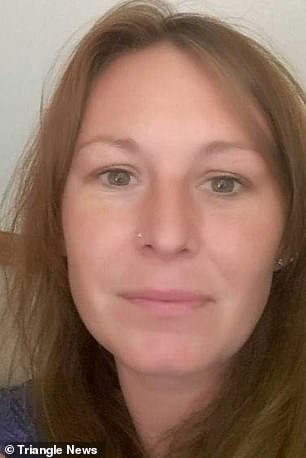 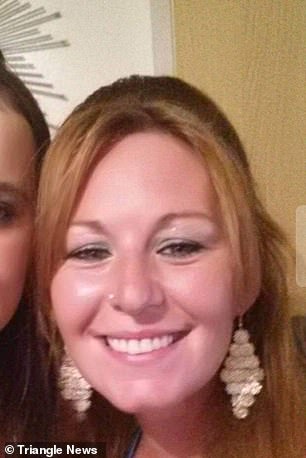 Ms Rees, a carer, had suffered from alopecia as a teenager and since recovering she has had an eyebrow wax to boost her confidence. Above: Ms Rees when she was younger

‘I was in hysteria, crying “Is anyone going to fix this?”,’ she added.

She said another beautician stepped in and offered to fix the waxing disaster.

She told Ms Rees a bit of tint would help and she agreed.

But when she sat up for a second time to look, she said it looked like two thick black slugs had been drawn above her eyes.

Ms Rees started to cry and stormed out of the salon and FaceTimed her sister Paula, who was horrified by the freakish eyebrows. 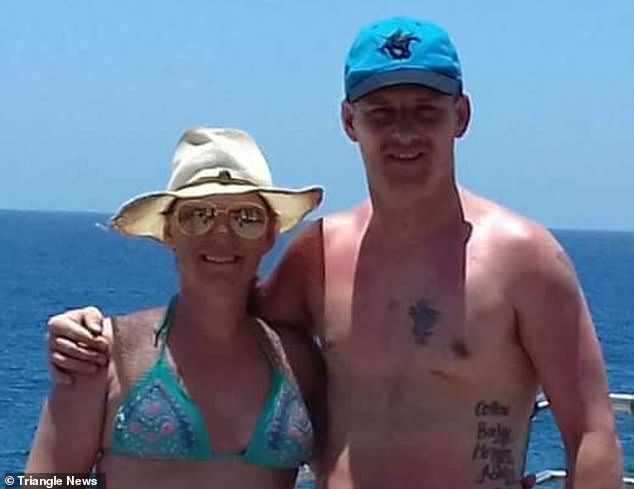 Ms Rees on holiday in Tenerife with her husband Julian. A make-up artist friend came to the rescue after the carer’s experience at the Get Nailed salon

She tried desperately to wipe the black dye off with wet wipes in her car, but it was too late because it had dried and the drawn-on monster brows would not budge.

Because her eyebrows has been waxed, the fix-up job applied the dye straight to her skin.

Ms Rees said she then had an allergic reaction and her face swelled.

‘I’m known for being happy-go-lucky and always joking and doing pranks, but I didn’t know what else to do,’ she said. 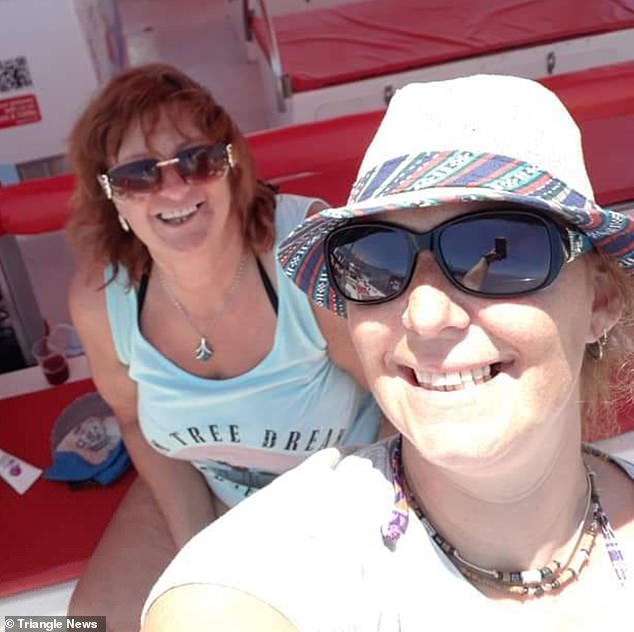 Ms Rees wore sunglasses during most of her trip to Tenerife to avoid people seeing her botched eyebrows. Above: Ms Rees with a family friend

A make-up artist friend of the frantic mum came to the rescue.

She went round to Ms Rees’s house and showed her how to draw round the dye to make her eyebrow shape more flattering.

Ms Rees’s electrician husband Julian even watched the tutorial so he could help his wife with her make-up while they were on holiday.

She added: ‘I’ll never go to a salon to get my eyebrows done again.’