Lauren Phillips may be stepping away from her television commitments to focus on her radio career.

The 34-year-old weather presenter ‘is strongly tipped to exit breakfast TV’ by the end of the year, reports the Herald Sun.

Phillips has been juggling her Weekend Today commitments with her KIIS 101.1 breakfast radio job since August.

Stepping away: Lauren Phillips ‘is strongly tipped to exit breakfast TV’ by the end of the year, reports the Herald Sun. Pictured here on Weekend Today with Chris Hemsworth in 2020

The report comes after Phillips was forced to apologise on air to the mother of a murdered child.

Aspiring dancer Rachel Barber was just 15 when Caroline Reed Robertson strangled her to death with a telephone cord in a plot to steal her identity in 1999.

Last month, Phillips disgusted the family and friends of the murdered dancer when she laughed on KIIS 101.1 while listening to a podcast describing her brutal murder. 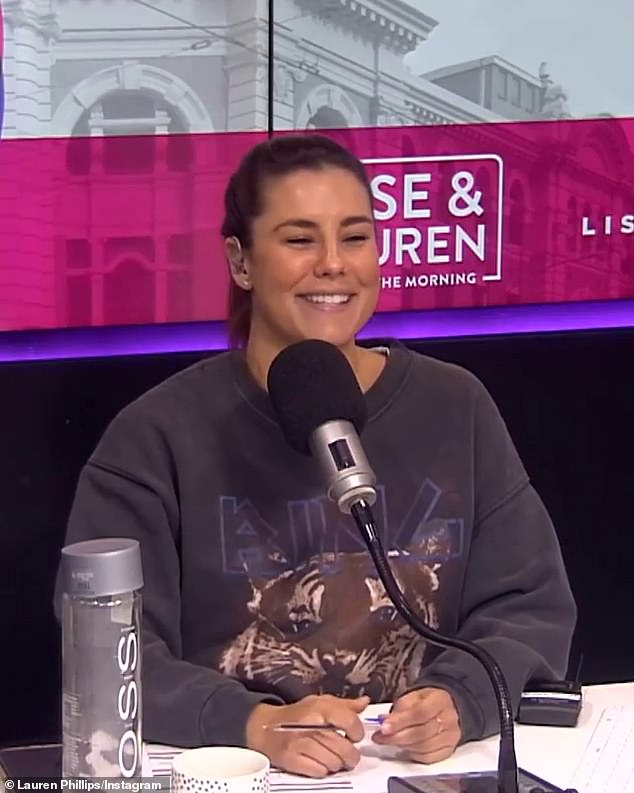 Getting her weekends back: The 34-year-old has been juggling her Weekend Today commitments with her KIIS FM breakfast radio job since August

‘Am I a psychopath?’ Phillips asked during the conversation with co-host Jason ‘Jase’ Hawkins, outraging Elizabeth Barber, her friends and family.

Phillips told listeners earlier this month she had been unaware the audio producers played during her conversation had been taken from the the very real life  CASEFILE series of true crime podcasts.

The chat saw Phillips describe how she had used the podcast discussing Rachel’s tragic murder to cheer herself up. 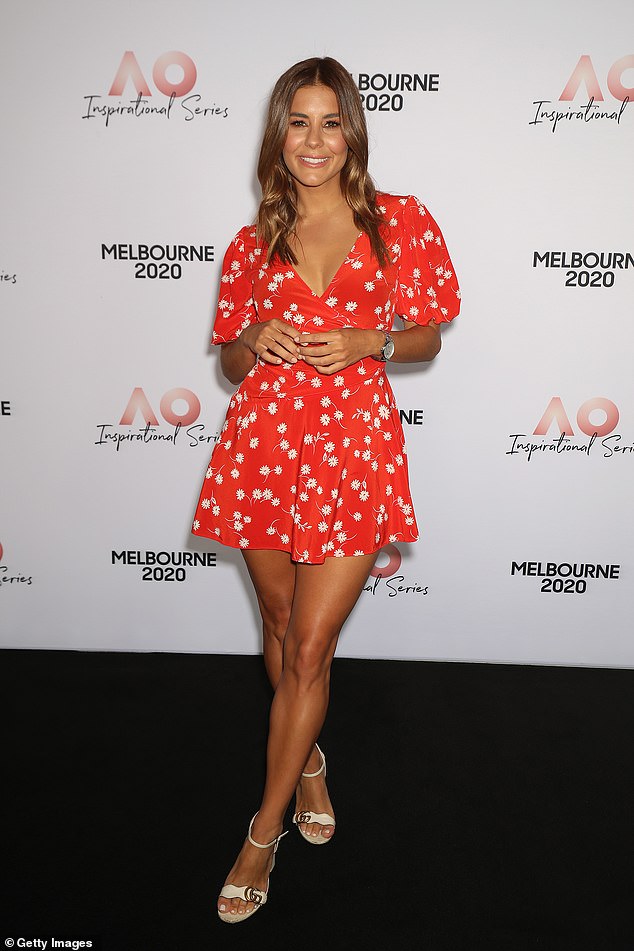 Controversy: The move comes after Phillips (pictured in 2020) upset the friends and family of murder victim Rachel Barber with an insensitive segment on Melbourne radio 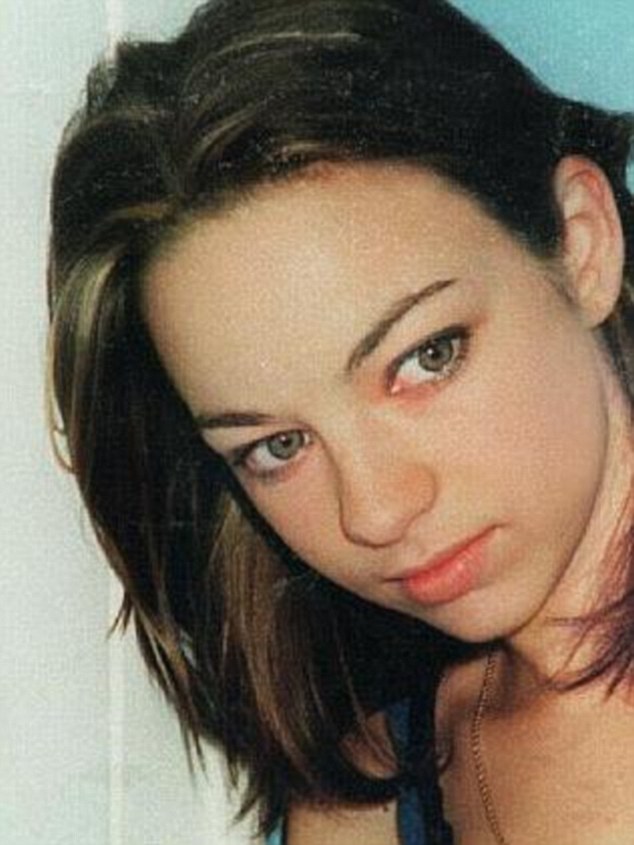 Murder: Rachel Barber, a 15-year-old dance student, was murdered by strangulation in Melbourne in 1999

Phillips cackled with laughter in the segment, which was later posted on the radio station’s social media platforms.

The media personality explained she had just had an argument with her boyfriend when she decided to listen to the podcast.

Phillips claimed she had become aware over the weekend that the snippet she had laughed at had been ripped from a TikTok video. 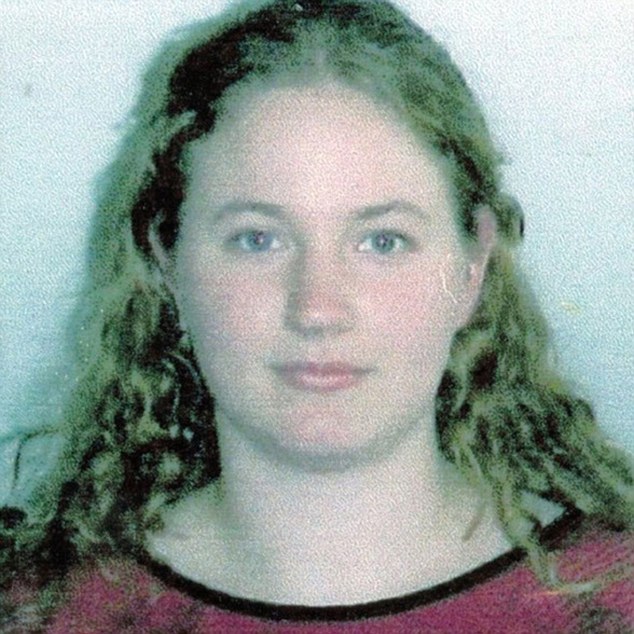 Choking back tears, Phillips said she had never intended to use audio of a real life crime to go with her on-air chat.

‘All of us here on the show were devastated when we realised what we had done. The show takes full responsibility and our background checks on the source of audio should have been more thorough,’ Phillips said.

Hawkins too apologised for his limited role in the conversation and thanked Rachel’s mum for taking their calls to apologise in person.

‘She didn’t have to do that and we both had chats with her and yeah we appreciate her taking the call,’ he said. 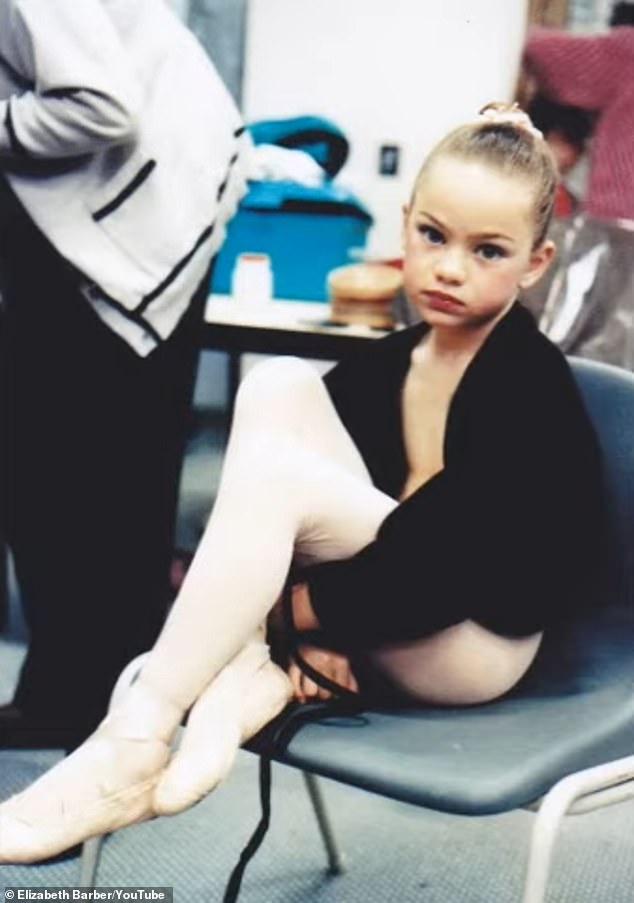 Horror: Rachel Barber’s murder shocked all of Melbourne in 1999. The beloved child was only 15 when she was cruelly murdered

Phillips added that the incident had impacted deeply on the entire production crew.

‘We really, from the bottom of our hearts, are very sorry that that audio was used, but we are deeply sorry and we will do everything in our power to ensure nothing like that ever happens again on our show,’ she said.

Daily Mail Australia previously revealed the shocking impact of Phillips’ cruel discussion on the friends and family of Rachel Barber.

The story saw Phillips viciously trolled online, with some going so far as to make threats against her life. 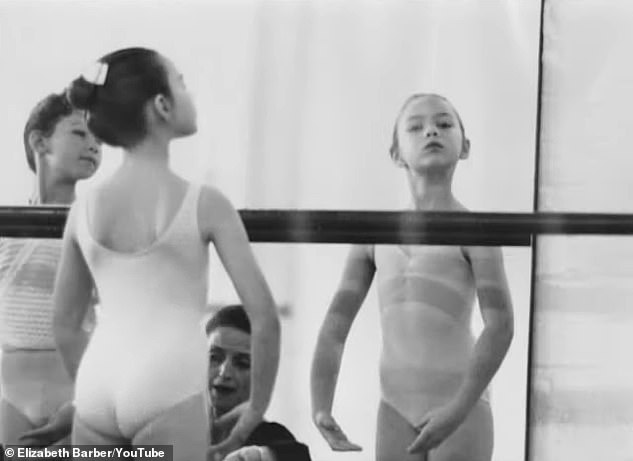 Mrs Barber said she had accepted Phillips and Hawkins’ apologies and thanked them for doing it again on air.

She expressed concern for Phillips’ welfare amid the brutal fallout from the disrespectful on-air conversation with her co-host.

‘It was a tough lesson for Lauren in particular, but I do hope it will make her more considerate. We did feel that the vitriol in the comments was a bit overboard,’ Mrs Barber told Daily Mail Australia.

‘It was also tough reading some of the comments because people can also be very cruel. We all make mistakes. What is important is that we learn from them and become better people for it.’ 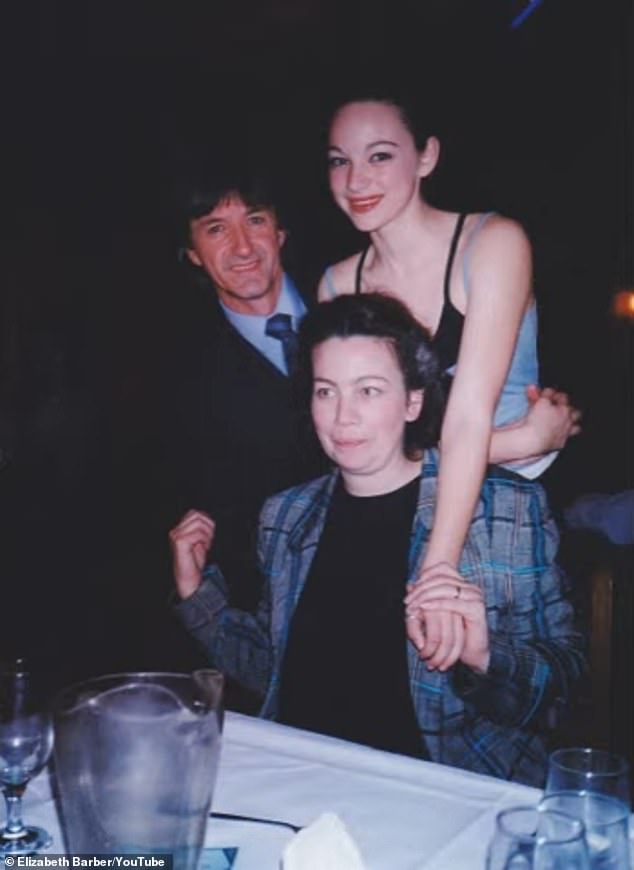 Pictured: Rachel Barber with her parents Elizabeth and Michael just before she was killed 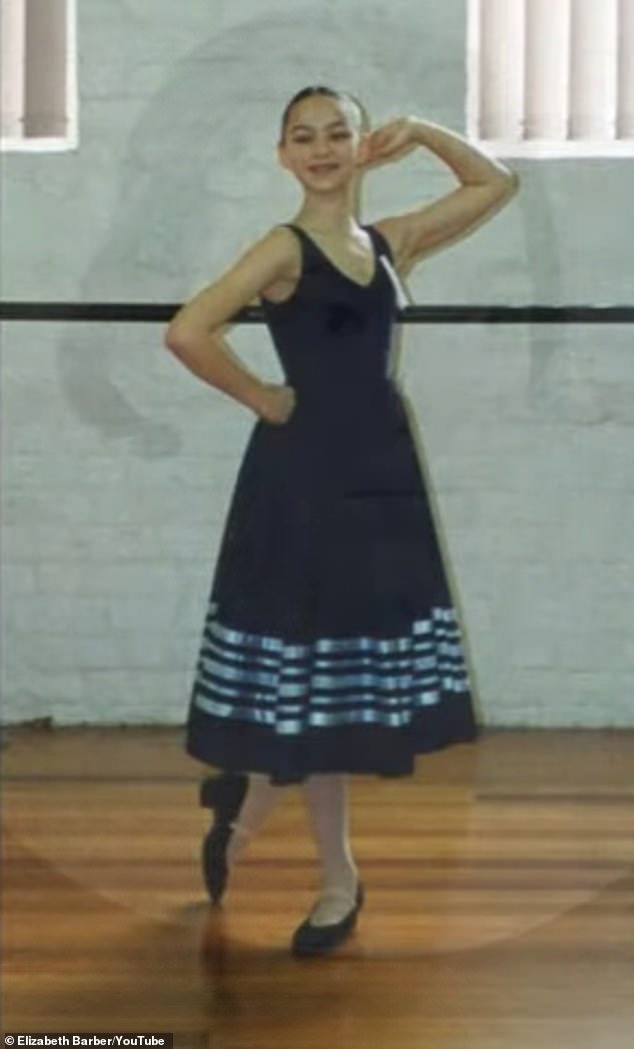 Apology: Elizabeth Barber has accepted an apology from a pair of radio presenters who had laughed about the murder of her precious daughter Rachel (pictured)

In 2000, Reed Robertson, then 19, was jailed for 20 years after pleading guilty to the murder of Rachel, with a non-parole period of 14 and a half years.

She would be released from jail in 2015 with the forgiveness of Ms Barber’s parents.

It was a case so twisted that it inspired a star-studded 2009 Australian film, I Am You (also known as In Her Skin), starring Guy Pearce, Miranda Otto, Sam Neill and Rebecca Gibney. 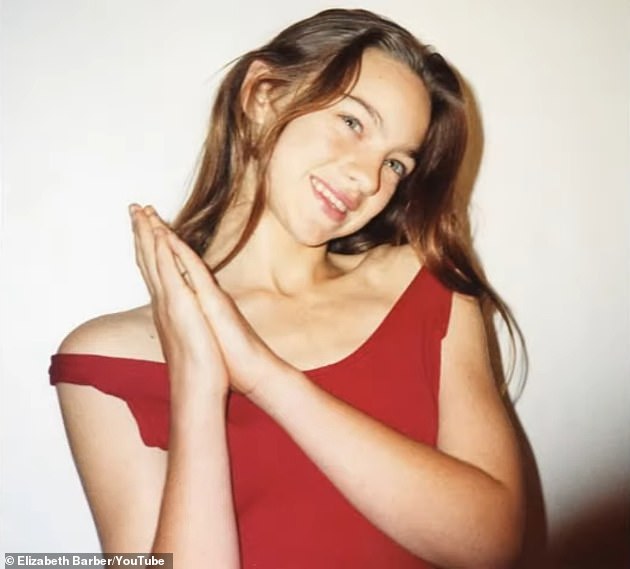 The murder of Rachel Barber will never be forgotten in Melbourne 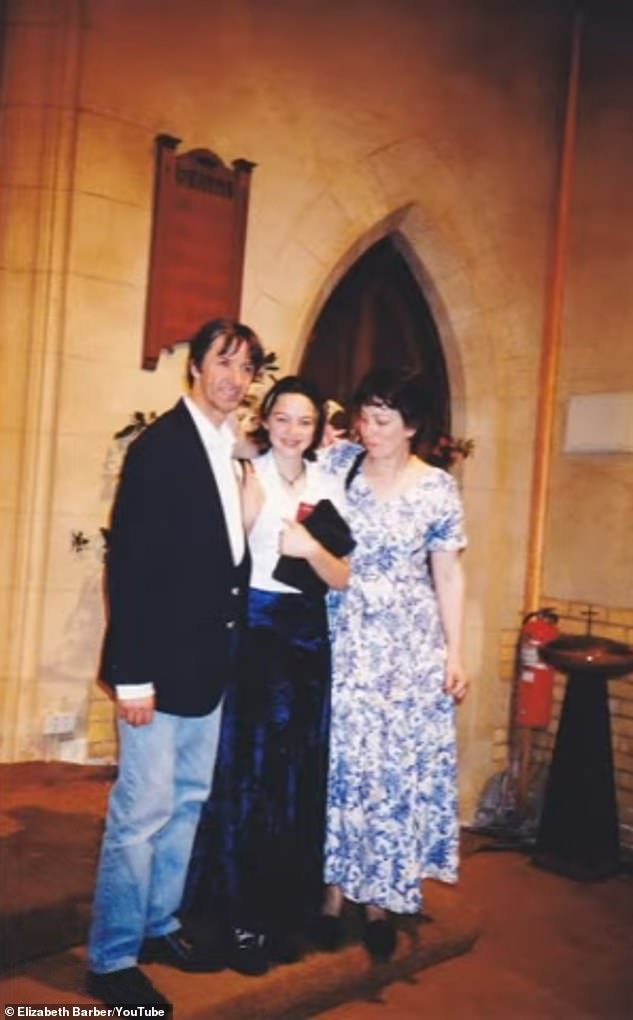 Rachel Barber and her parents before she was murdered

Robertson was the victim’s former babysitter, a trusted family friend and neighbour, who lured the teen to her death by manipulating her trust.

No one realised that she was plotting to kill her beautiful neighbour and assume her identity for a new start.

The Supreme Court heard that Reed Robertson had convinced herself that after killing Rachel she could in some way assume her identity. 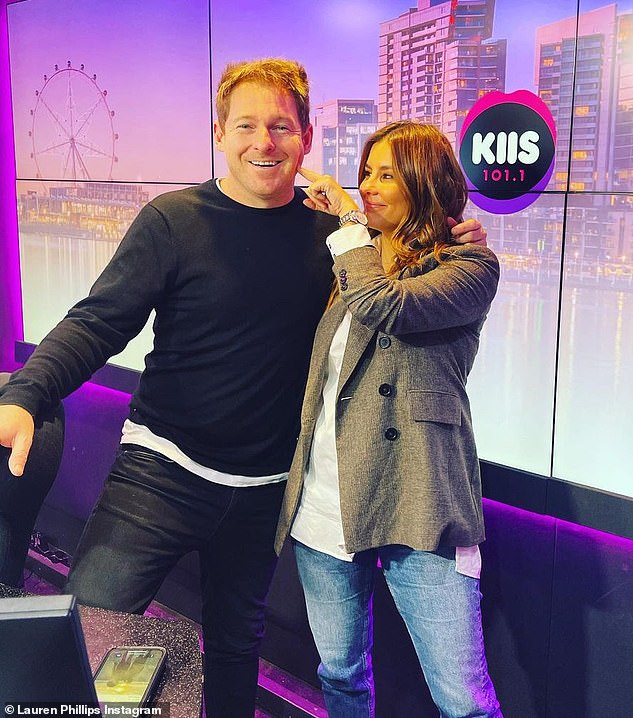