The group, assembled by Emory University researchers, included a mix of people who had voted for both Trump and Hillary Clinton last year.

Their condemnation came just hours after Trump visited flood-ravaged Texas, and was panned for spending no time consoling people who were rescued but lost their homes.

The president won Pennsylvania by 44,000 votes in November, achieving a win no Republican had managed since 1988. And he specifically named the rust belt city when he pulled the U.S. out of an international global warming treaty.

‘I was elected to represent the citizens of Pittsburgh, not Paris,’ he said in June.

A focus group in Pennsylvania had harsh words for President Donald Trump on Tuesday, calling him ‘outrageous,’ ‘disastrous,’ ‘contemptible,’ ‘dishonest,’ ‘narcissistic’ and ‘crazy’ 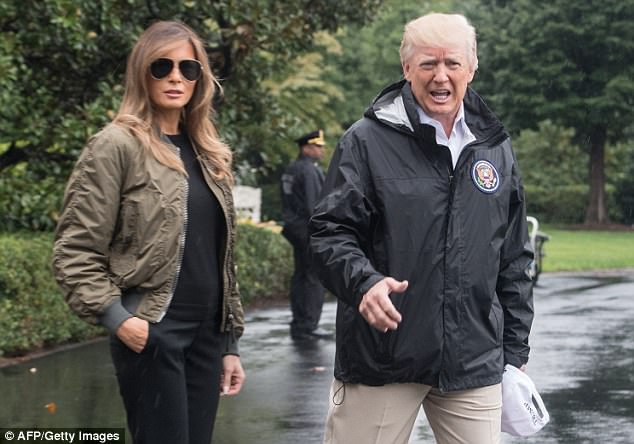 Trump was panned as a disappointing president, even by focus group members who voted for him

Individual focus group members, including some Trump voters, said they were nearing the end of their rope with the brash president who has changed most of Washington’s longstanding rules.

Brian Rush, a registered Republican, said he wants a president ‘to be presidential, someone who is calm, focused. Ronald Reagan came in as an actor, but he goes down as one of our better presidents.’

Trump, he said, ‘came in not as a politician. In some aspects, he’s almost turning into a politician in a different way, saying things he thinks his base wants to hear. He’s let me down.’

And there was a near-unanimous sense of pessimism in the room, with focus group members painting a picture of America under Trump as ‘chaotic,’ ‘scary,’ ’embarrassing’ and ‘tense.’

‘We know he’s a nut. Everyone knew he was a nut,’ she said. ‘But there comes a point in time when you have to become professional. He’s not professional, forget about presidential.’

Focus group members who voted for Trump and hold out hope for his performance in office drew a stark distinction between the man and his agenda.

‘What most disappoints me is he’s such an incredibly flawed individual who has articulated so many of the values that I hold dear,’ said Tony Sciullo. 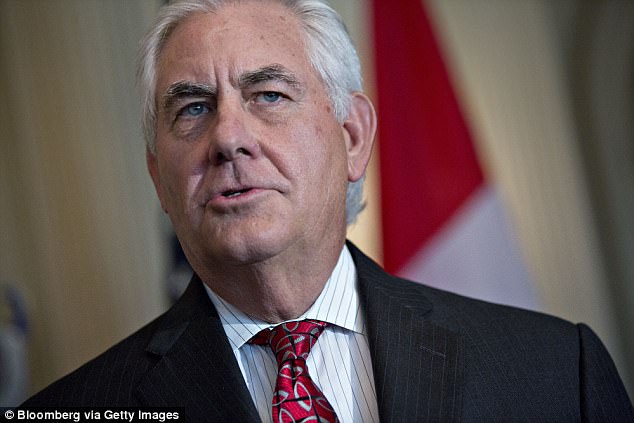 Secretary of State Rex Tillerson was described as ‘disappointing’ and a ‘thug,’ although one panelist called him ‘worldly’ 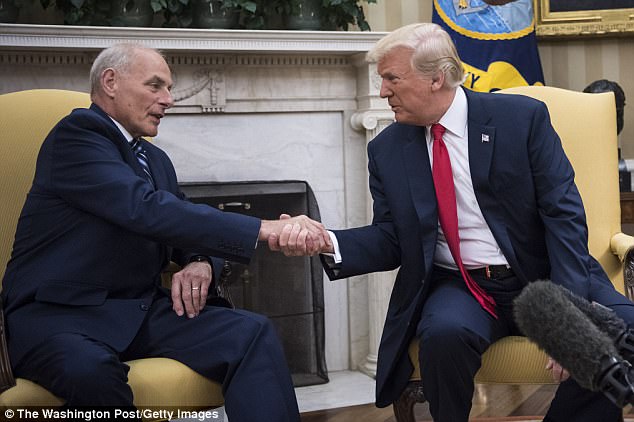 John Kelly, the president’s new chief of staff (left), was labeled a ‘babysitter’ with his ‘finger in the dike’

‘He’s supposed to be the voice of hope,’ Hart told his subjects at one point.

‘What everybody said, either directly or indirectly, was that his presidency is about him and it’s not about us.’

Secretary of State Rex Tillerson was described as ‘disappointing’ and a ‘thug,’ although one panelist called him ‘worldly.’

John Kelly, the president’s new chief of staff, was labeled a ‘babysitter’ with his ‘finger in the dike.’