What Hurricane Harvey’s 40 inches of rain could dredge up

With the threat of extreme flooding comes the possibility of bizarre objects floating down the street, as Hurricane Harvey is expected to dump 40 inches of rain on some parts of Texas.

The Fort Bend County Sheriff’s Office has already warned that alligators will seek higher ground during flood events, tweeting photos of gators sheltering on a porch and under a car.

If forecasts hold and Harvey meanders slowly by the coast dumping rain for days, parts of Texas could see record-shattering floods. 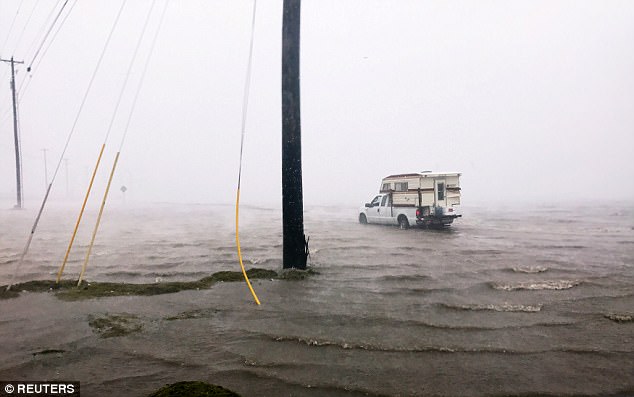 A truck struggles through floodwaters in Corpus Christi on Friday. High waters can dredge up strange creatures and even coffins, though no coffins have been reported in Texas 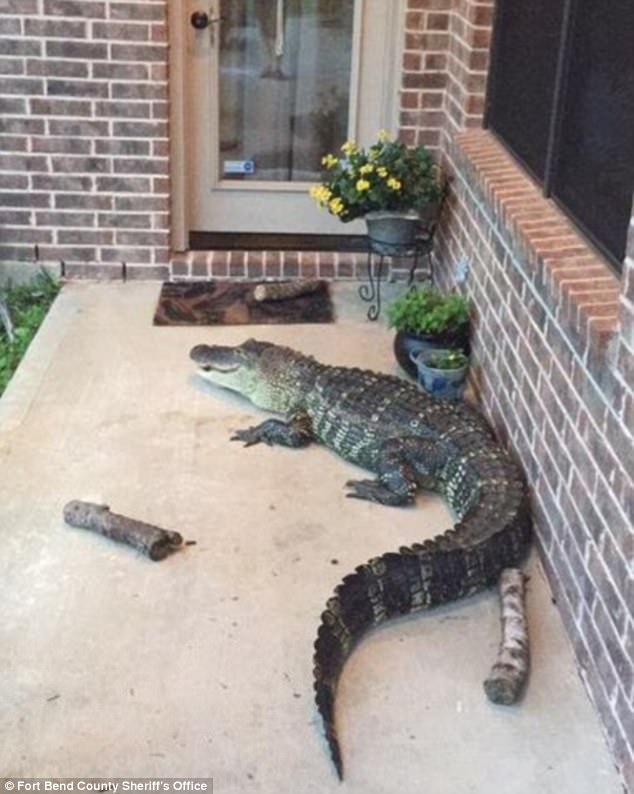 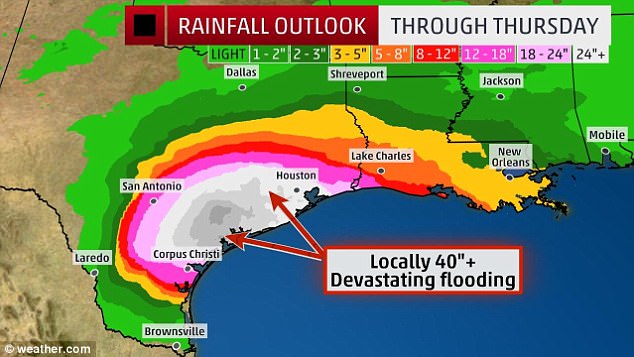 Forecasts predict up to 40 inches of rain in some areas, with potentially devastating flooding

With the high waters could come other creepy visitors in addition to alligators.

Last year, flooding in Fort Bend County, on the outskirts of Houston, drove spiders and water moccasins into people’s homes.

‘Please be aware that flooding is driving wildlife out of their habitat’ the Fort Bend County Sheriff’s office posted on Facebook after heavy flooding hit the area in June of 2016.

‘We are advising folks not to stop and take photos or engage the animals.’ 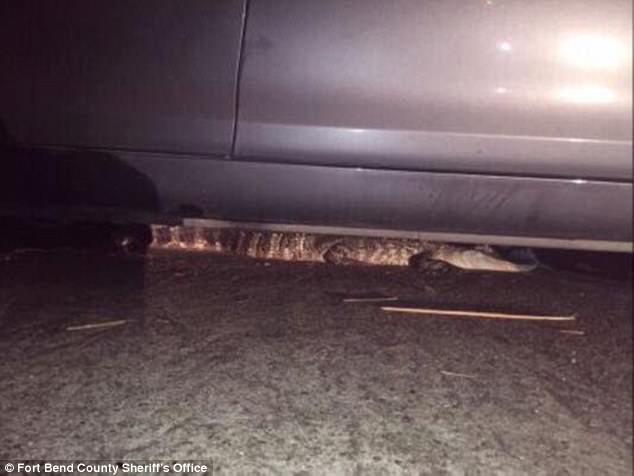 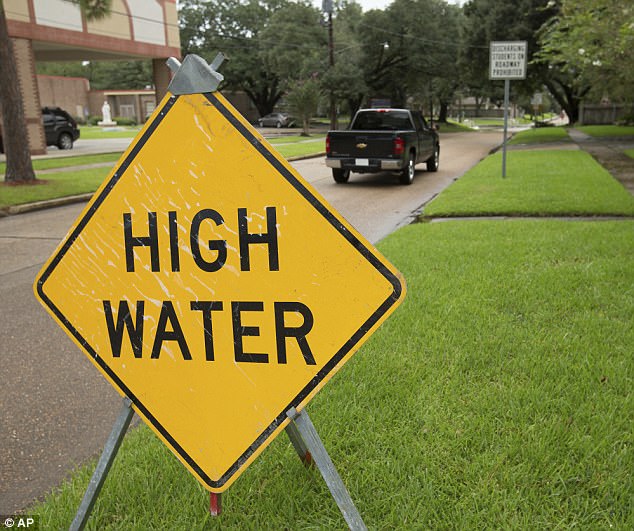 Lake Charles, Louisiana prepares for high water from Harvey on Friday. Much of the coast of Texas as well as Louisiana could see flooding from Harvey

Floodwaters have in the past also created the gruesome specter of unearthed coffins, though none have been reported yet in Texas.

In shocking photos showing the devastation, caskets that had washed up from a graveyard floated down the street in Denham Springs, Louisiana.

As the waters rise in Texas, residents will be keeping a keen eye out for what the floods might bring.