By Paula Ahillon and Marie-antoinette Issa For Daily Mail Australia

A Sudanese community leader claims ‘racist words’ may have sparked a Melbourne brawl that saw a gang of 20 African youths attack three men on the street.

Police investigating the attack, which took place on the foreshore in St Kilda at 11.15pm on December 1, said the brutal assault was ‘unprovoked’.

Mr Mayek admitted ‘the attackers should have exercised restraint’, but rubbished suggestions on social media the group were un-Australian or a ‘gang’.

‘Prejudice is everywhere. Those comments are the result of prejudice. They look at a person’s skin colour and make a judgement.’ Mr Mayek told news.com.au. 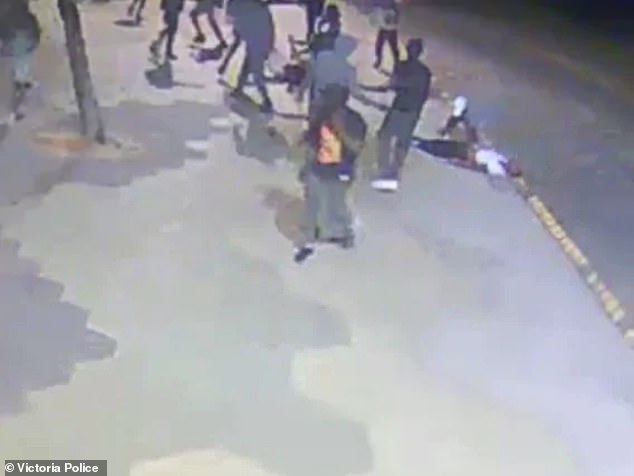 Mr Mayek suspected ‘racist words’ may have sparked the attack although police said the incident was ‘unprovoked’. 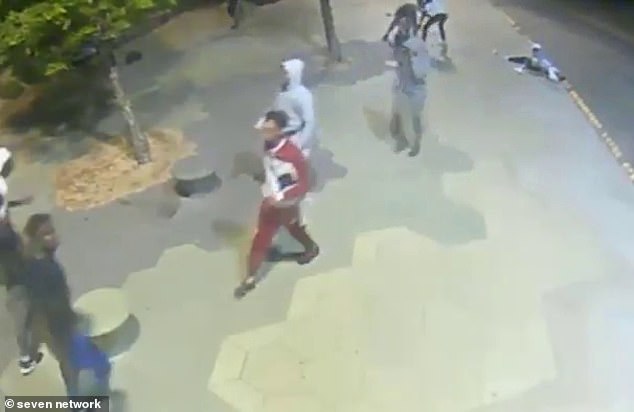 In the vision, a group of African Australian youths approach three men and begin to punch and kick them.

The victims try to walk away but the group follows them, joined by several more men wearing caps and hooded jumpers.

One victim, a 24-year-old man from Burwood East, was repeatedly punched in the head until he passed out.

His mobile phone and wallet were taken from him while he was unconscious and he suffered a broken nose and facial bruising. 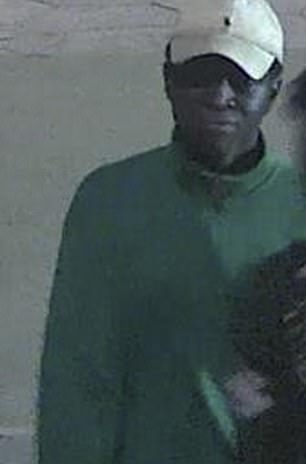 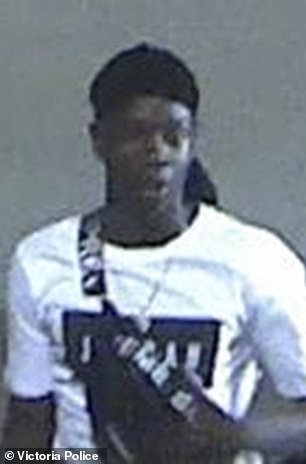 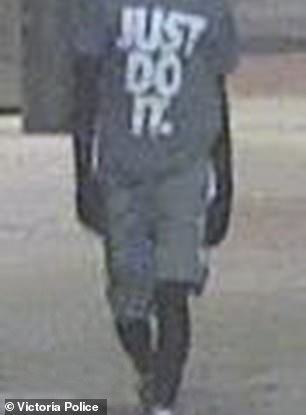 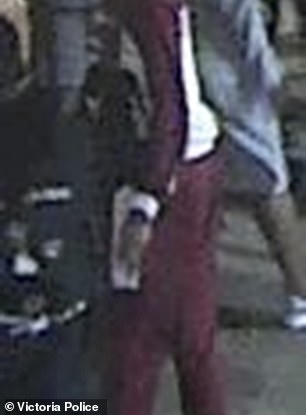 The young men were walking along foreshore in St Kilda, Melbourne, at around 11.15pm on December 1 when a group of 12 men approached them (pictured are men police believe can assist with enquiries)

The second victim, a 26-year-old Wheeler’s Hill man, tried to step in to help his friend but was kicked in the head until he also lost consciousness.

He suffered cuts and bruises to his face.

The third victim, 20, from Vermont South, was chased off and suffered only minor injuries. 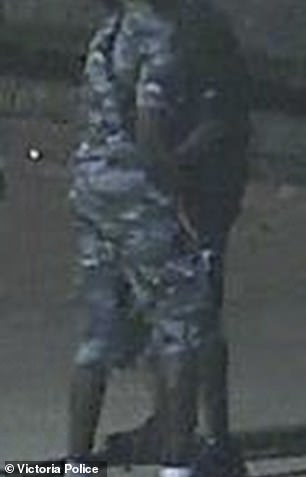 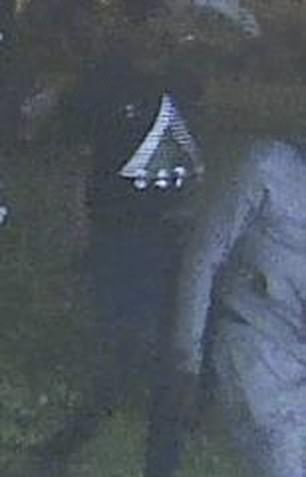 Without warning, the gang started to punch and kick the three friends (pictured are men police believe can assist with enquiries)

The 24-year-old and 26-year-old were both taken to hospital after bystanders came to their aid.

The offenders had fled the scene by the time police and ambulance officers arrived.

‘It’s going to take them some time to get over what took place but they’re gradually moving on with things,’ he said.

The two men were released from hospital the following morning. 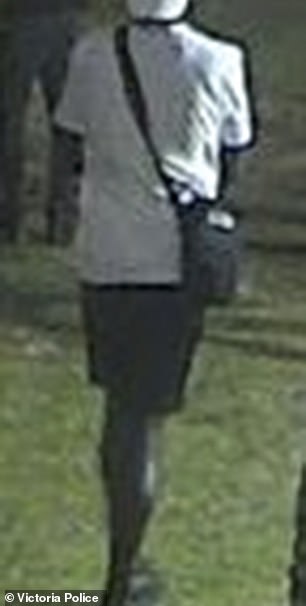 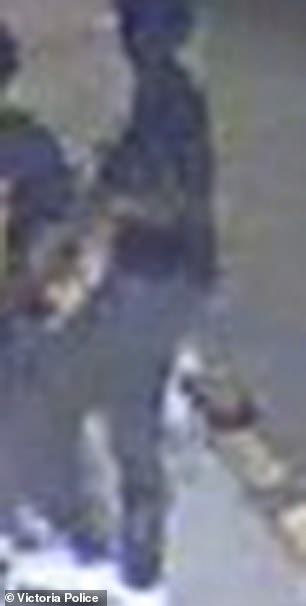 No one has been charged or arrested over what police describe as an ‘unprovoked, random and brutal’ incident (pictured are men police believe can assist with enquiries)

No one has been charged or arrested over what police describe as an ‘unprovoked, random and brutal’ incident.

‘You could speculate that there were drugs and alcohol involved but it’s hard to say,’ said Senior Constable Sheppard.

Senior Constable Sheppard said Victoria Police have stepped up the amount of patrols at various points of the foreshore.