Which shares could do well in a ‘Thelma & Louise’ Brexit strategy?

The Thelma & Louise Brexit investments: Share screen reveals companies that could do best in a cliff edge deal

Talks on a trade deal between Britain and the EU are getting increasingly fraught and this has implications for investors.

The government has denied its new proposed bill will ‘tear up’ the Brexit deal but there is no doubt the stakes are high over the next couple of months.

According to analysis from Joachim Klement and David Mak at brokerage Liberum, the strategy is incredibly risky and reminiscent of the final scene in Hollywood movie Thelma & Louise.

Liberum, said the strategy is reminiscent of the final scene in Hollywood movie Thelma & Louise.

Having killed a man who attempted to rape them, the two protagonists are surrounded by the police and have to choose between turning themselves in or driving their car off a cliff.

Klement and Mak write that ‘unlike in the movie, where the scene ends with Thelma & Louise in mid-air over the Grand Canyon, real life doesn’t stop, once you have jumped off the cliff. 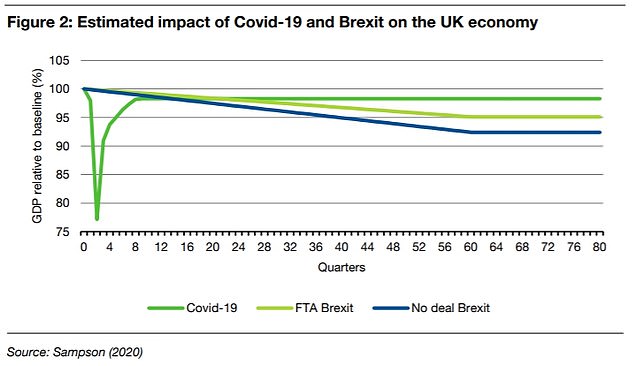 ‘Instead, if this negotiation tactic backfires and the EU abandons the negotiations, the UK and the UK would face a hard Brexit, with dire consequences for the economy.’

They add: ‘If we accept that this bill is not to be taken literally…then the UK government must be remarkable naïve or inept at strategic games.’

They estimate that the chances of the EU accepting the UK offer is about 10 per cent, because of the outsize harm that the lack of an agreement will cause the UK economy.

They also say that the economic damage of a hard Brexit could be five times worse for the UK than the EU, and twice as bad than the harm caused by the Covid-19 pandemic over 15 years.

Suppose the country leaves without a trade deal in place. In that case, the stock market will be hit on both sides of the Channel, and the pound will probably depreciate as it did after a majority of British voters voted to leave the EU in 2016.

Of course, not all shares would dramatically suffer. Liberum has created a list of 20 publicly traded firms that it believes would ‘hold up better than the market’ in the case of a hard Brexit.

A stock with a beta above 1.0 is one that is more volatile than the market. They tend to be riskier, but contribute higher returns, while a stock below 1.0 is safer, but with lower returns

It examined which stocks rely wholly on the UK for their revenues and a very low share price beta to sterling. The share price beta is a measure of a share’s volatility in relation to the wider stock market.

A stock with a beta above 1.0 is one that is more volatile than the market. They tend to be riskier, but contribute higher returns, while a stock below 1.0 is usually safer, but low return.

Almost all companies listed by Liberum have a positive beta number, which they say indicates that a devalued sterling would result in share prices declining. 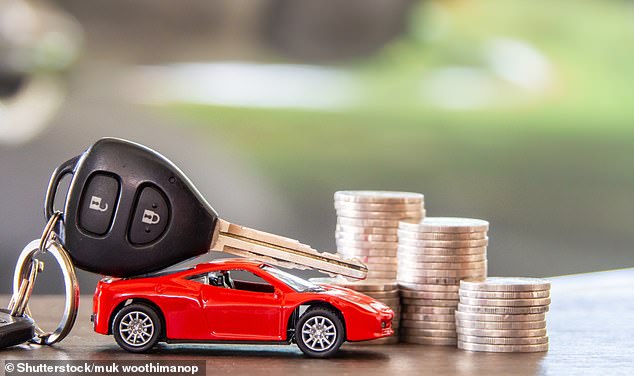 Only motor insurer Sabre Insurance Group – with a market capitalisation of £662.5million – has a negative beta value to sterling. The other insurer on the list is Admiral, which has a beta score of 0.23

Only motor insurer Sabre Insurance Group has a negative beta value to sterling, which is minus 0.31. The other automotive insurer on the list is Sabre’s much-larger rival Admiral with a beta score of 0.23.

Which stocks are rated BUY by Liberum?

No particular industry is strongly represented on the list. But it includes many well-known businesses such as supermarket chain Morrisons, Pets at Home Group, construction giant Kier Group, and ten-pin bowling firm Hollywood Bowl.

Of the twenty firms listed, Liberum has given a Buy recommendation for half of them, including leisure firm Gym Group and building company Morgan Sindall.

The report insists though ‘these stocks can only be considered safe havens in a relative perspective, since they don’t lose as much as the market.’

So, even if certain investments do well in a post-Brexit future, the withdrawal process has created so much uncertainty for the British economy and virtually all economic forecasts suggesting the country will be poorer in the long run.

As Klement and Mak put it: ‘If it [the UK] goes for a hard Brexit, the economy will suffer for years to come. If it turns around, the EU negotiators will know that the UK government isn’t willing to risk a hard Brexit and become even less willing to make compromises.’