The White House has drawn criticism for after releasing a photo showing that out of 91 spring interns, only about five appear non-white.

In the photo released on Friday, President Donald Trump smiles amid the gathering of interns, who will do various tasks including research, fielding inquiries, writing memos and staffing events.

The demographics of the group are roughly similar to Trump’s prior groups of interns.

The White House has drawn criticism for after releasing this photo on Friday showing that out of 91 spring interns, only about five appear non-white

Internships are filled through open applications, meaning that the demographics of the interns could be a reflection of the applicants.

Still, the photo drew backlash and scorn on Twitter for being ‘too white’. 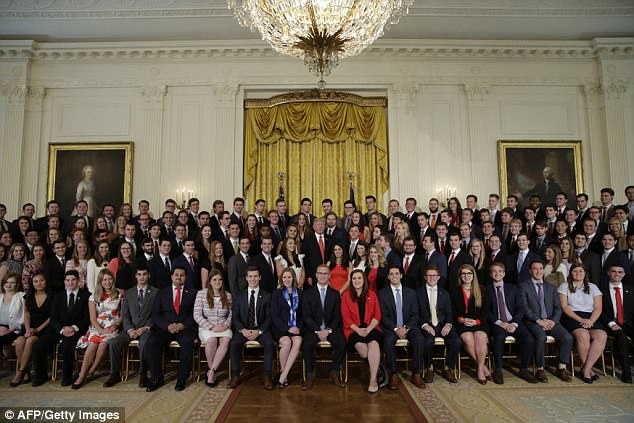 Trump poses with his outgoing summer interns in July of 2017. About 126 interns are seen in the photo, of whom perhaps about five are non-white 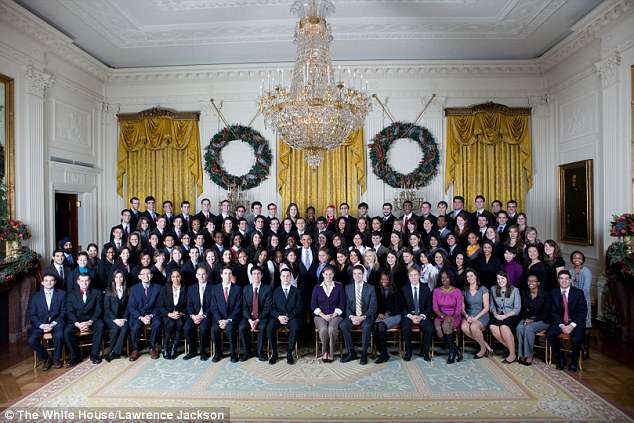 This is Obama’s 2009 fall intern group. At least a dozen interns appear non-white 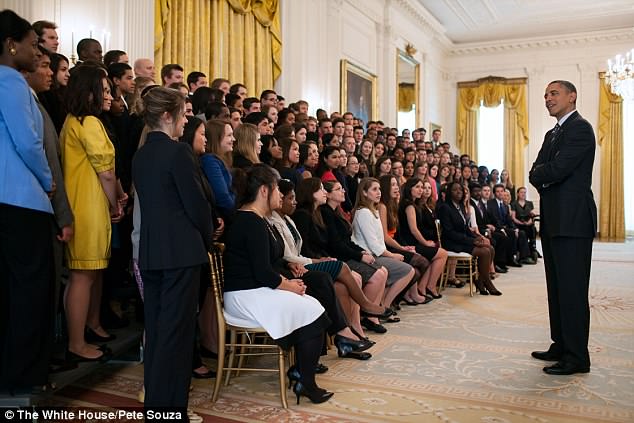 It is not the first time that Trump’s intern photos have stirred racial controversy.

In December, one intern made an ‘OK’ sign with his hand instead of a thumbs up as the rest of the group did.

Some claimed it was a secret symbol for ‘white power’, which the intern denied.

The White House Internship Program is a public service leadership program that offers young people the opportunity to gain professional experience and build leadership skills, according to the White House website.

‘This hands-on program is designed to mentor and cultivate today’s young leaders, strengthen their understanding of the Executive Office, and prepare them for future public service opportunities,’ the description reads