There could be a global syringe shortage next year, with a deficit approaching two billion, according to a new report from the World Health Organization.

The shortfall is the result of worldwide COVID-19 vaccine campaigns with more than 7.25 billion doses have been administered around the globe, according to the AFP, double the number of standard vaccines given in a year.

As a result, twice as many syringes are being used, badly eating into global supplies.

If production does not ramp up, it could lead to hoarding and panic buying, and stymie efforts to protect people against a host of illnesses, the WHO said

‘We are raising the real concern that we could have a shortage of immunization syringes, which would in turn lead to serious problems, such as slowing down immunization efforts,’ Lisa Hedman, WHO senior advisor to the Division of Access to Medicines and Health Products, told AFP.

‘Depending on how the vaccine uptake goes, it could be a deficit of anywhere from 1 billion to two billion.’

The more than 7.25 billion COVID-19 vaccine doses administered worldwide have meant twice as many syringes are being used, badly eating into global supplies and likely leading to a needle shortage in 2022, the World Health Organization said

Based on a scenario of approximately seven billion people needing two doses of coronavirus vaccine between now and 2023, and a global manufacturing capacity of around six billion immunization syringes a year, Hedman said, ‘it’s pretty clear that a deficit in 2022 of over a billion [needles] could happen if we continue with business as usual.’

Syringes are also more prone to supply-chain delays because they take up ten times the space of a vial of vaccine, Hedman added, according to the report.

A substantial or protracted needle shortage could mean delays in vaccinations for other illnesses.

Last month, the WHO endorsed the world’s first malaria vaccine, a boon to the developing world.

Even as children in the West count on inoculations for measles, mumps, rubella, polio and whooping cough, among other viruses and infections.

A delay in routine vaccinations, Hedman said, could have a public health impact ‘for years to come.’

A syringe shortage could also lead to unsafe practices, she added, like reusing needles. (Even sterilizing used needles does not remove all the harmful bacteria, according to WHO.)

At a press conference in Geneva, Hedman urged countries to plan ahead. 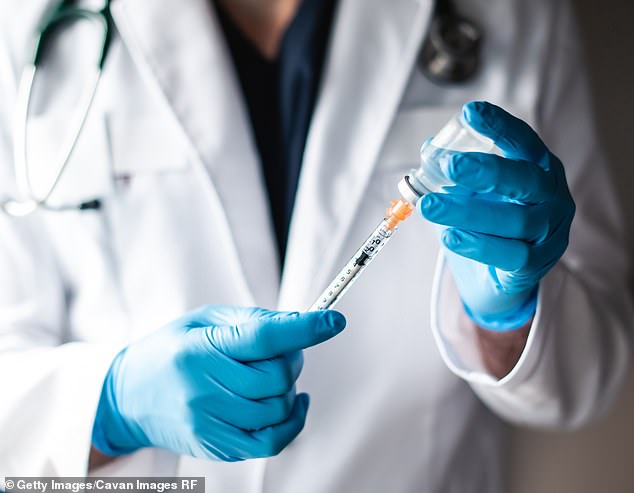 If production does not ramp up, WHO said, it could lead to hoarding and panic buying, and stymie efforts to vaccinate against a host of other illnesses 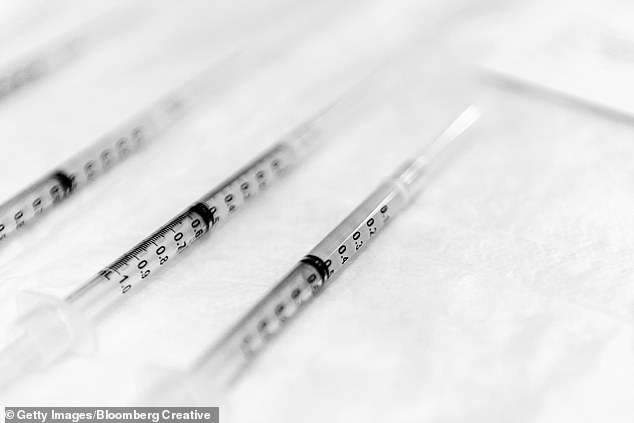 With seven billion people needing two doses of coronavirus vaccine between now and 2023, and a global manufacturing capacity of around six billion immunization syringes a year, ‘it’s pretty clear that a deficit in 2022 of over a billion [needles] could happen if we continue with business as usual,’ said WHO senior advisor Lisa Hedman

‘When you think about the magnitude of the number of injections being given to respond to the pandemic, this is not a place where we can afford shortcuts, shortages or anything short of full safety for patients and healthcare staff,’ she said.

Syringes aren’t the only thing in short supply: Earlier this year, experts warned of a shortage of sand, which could delay production of the billions of glass vials needed to get the coronavirus vaccine to populations around the world.

‘We never thought we would run out of sand, but it is starting in some places,’ Pascal Peduzzi, the director of UNEP’s Global Resource Information Database said in a statement in March.

After water, sand is the world’s most consumed raw material – used to make glass, concrete, asphalt and even silicon microchips.

Currently, there are less than 1,000 sand and gravel mines across the U.S.

Because sand is the chief component in glass, there’s also been a global shortage of glass at least since 2015, according to FiveThirtyEight.com.

The world is expected to need two billion additional glass vials in the next two years as COVID-19 vaccines are distributed.

The medical-glass industry was just beginning to catch up with demand in 2020, but the pandemic, supply-chain issues and the vaccine rollout have set things back considerably.

Even if the vaccine is loaded into 10-dose vials, that’s still hundreds of millions of vials needed for this pandemic alone, vaccine expert James Robinson told FiveThirtyEight,

New manufacturing facilities are expensive and there’s high competition for the kind of angular sand needed to make glass.

One solution to both dilemmas is the development of needle-free vaccine patches. 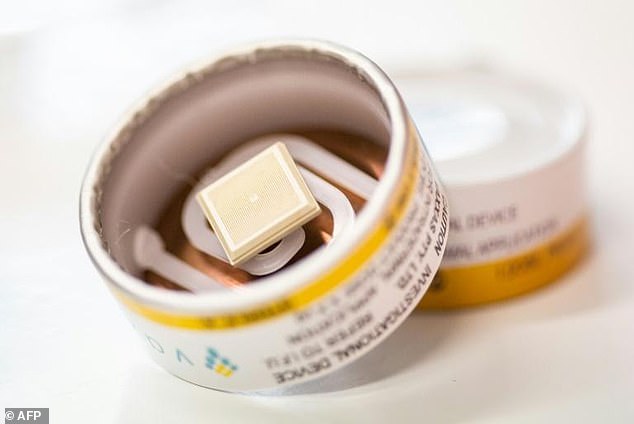 A skin patch tested on mice outperformed needles in producing antibodies, and is able to stay stable at room temperature for nearly a month — compared to just hours for vials of the Moderna and Pfizer vaccines

A team of researchers from the U.S. and Australia used patches measuring one square centimeter that were dotted with more than 5,000 prickly microscopic spikes coated with an experimental vaccine.

The barbs are ‘so tiny you can’t actually see them,’ David Muller, a virologist at the University of Queensland and co-author of the paper, told AFP.

Mice were given the vaccine either via a traditional syringe or by wearing the patch for two minutes.

The patches actually outperformed the needles in producing antibodies, the researchers said.

The patches don’t require trained medical professionals to implement and they stay stable exponentially longer: at least 30 days at 77 degrees Fahrenheit, compared to only a few hours for vials of the Moderna and Pfizer vaccines.

The patch used in the study was made by Australian company Vaxxas, which is readying human trials for April 2022.

‘This is the future, in my opinion, it is inevitable,’ Vaxxes CEO Michael Schrader told AFP. ‘I think you’re going to see over the next 10 years, this (will) pretty dramatically reshape the way that we get vaccines around the world.’